REVIEW: Frenetic Kinetic "Toad" Microcosm of Life at The Yard at Chicago Shakespeare Through 9/23 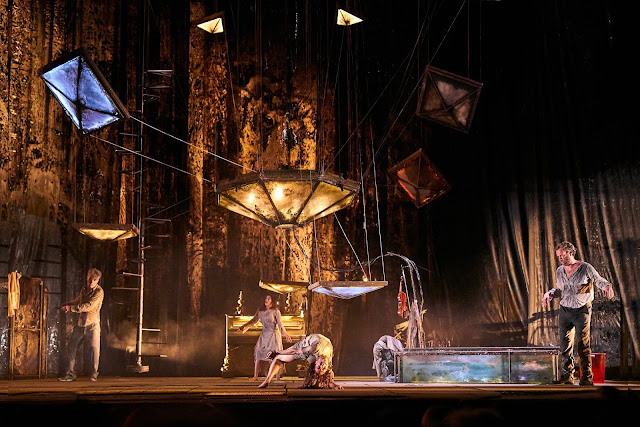 The Toad Knew has been one of the hottest tickets in Chi, IL this month. The world famous troupe is in from France, the acclaimed production is a very limited five day run, and this is the inaugural show for Chicago Shakespeare Theatre's exciting new space, The Yard. I caught it last night and consider it a must see, though it won't be everyone's cup of tea.

Theatre goers who like literal, straight forward, easily digestible shows, may find this a mouthful. There is little dialogue and James Thierrée pushes the boundaries of tolerance with unpleasant static and repetition of sound, to the point of discomfort, before treating the audience to beautiful music and soaring vocals. Much of the choreography is twitchy and jerky, rather than a pleasing fluid and flowing style. The set is grimy and ugly, and there is no discernible plot, yet we found it enthralling, particularly the stunning opener and show close with the massive, shabby, red velvet curtain. I've never seen a curtain call where the cast crawled from beneath the curtain on their bellies! This production is utterly unique, and well worth an evening.

The stamina and training needed to pull off a movement based show of this magnitude is astonishing, and we found the alternating bouts of intense action and complete motionlessness among the characters stunning. In a microcosm of life, The Toad Knew includes repetitive motion and rest, machines, music, the elements, humorous accidentally injuries, cooperation, coexistence, isolation, irritation, elation, and a good dose of humor. We were mesmerized by this frenetic kinetic exploration. 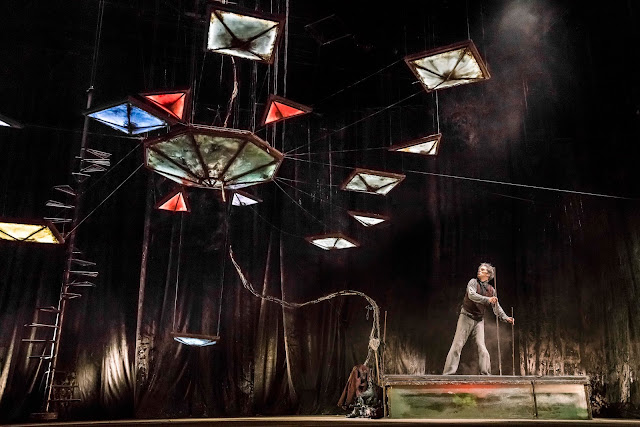 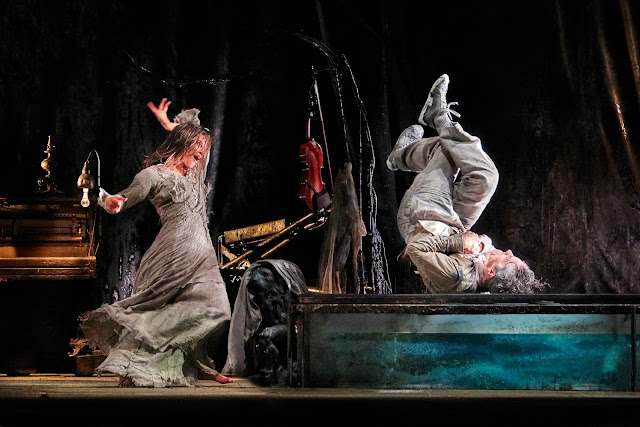 James Thierrée's The Toad Knew from France All Production Photos by Richard Haughton.

Chicago Shakespeare welcomes back creator and director James
Thierrée after his wildly popular presentations Farewell Umbrella in
2007 and Bright Abyss in 2005. For nearly two decades, Thierrée
has twisted audiences’ imaginations with astonishing, theatrical
creations, including Junebug Symphony and Tabac Rouge. Born to
circus legends Jean-Baptise Thierrée and Victoria Chaplin,
Thierrée made his circus debut at the age of four and has been

performing ever since. His works have toured the world over and have received critical and popular acclaim.

This spectacle premiered at the Edinburgh International Festival, where it was called “flamboyant, hallucinatory and ravishingly beautiful” by The Guardian. Thierrée returns to CST after his magnificent Farewell Umbrella (2007) and Bright Abyss (2005). 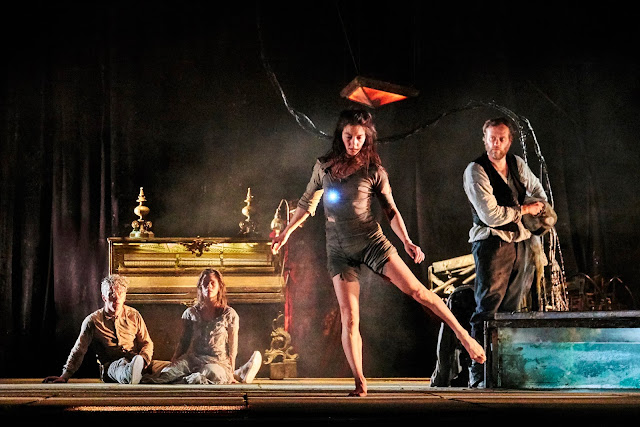 His newest invention, The Toad Knew, intertwines dreams with childhood terrors, burlesque, and realism to explore the wild, wondrous love shared among siblings. A collective of dancers, high-wire artists, and musicians create an intoxicating world evocative of Salvador Dalí and Tim Burton. This is artistry that defies categorization, but promises to stay with you long after you leave the Theater.

Click HERE to purchase tickets and discover more about the new space and this production. 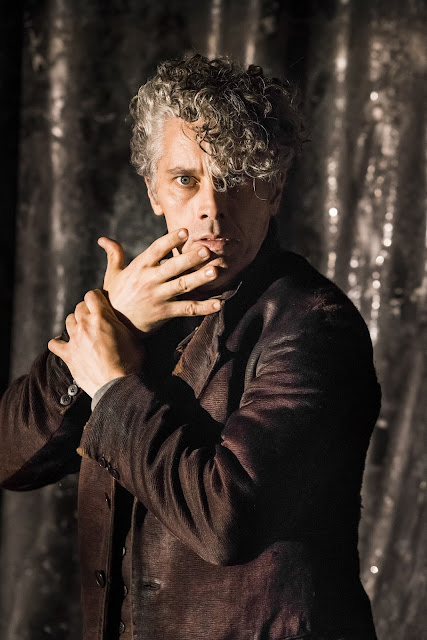 Posted by Bonnie Kenaz-Mara at 3:59 PM