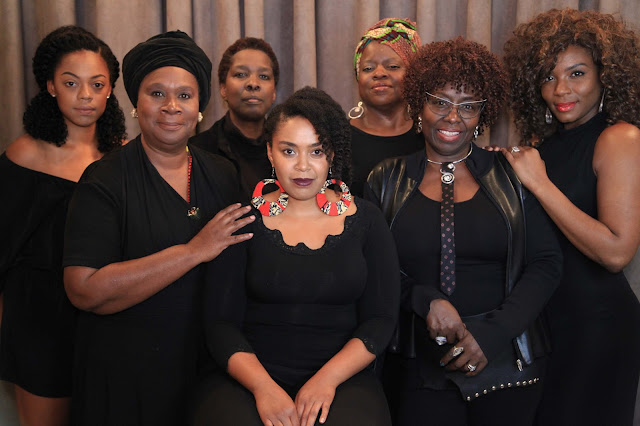 ChiIL Live Shows will be ChiILin' with Pegasus Theatre Chicago November 12th, at Chicago Dramatists' for the press opening of Shay Youngblood's Shakin’ the Mess Outta Misery, a timely remount Ilesa first directed in the 90's. It's the kick off for their 2017 – 2018 season, “Legacies” and we're looking forward to checking it out.

Shakin’ the Mess Outta Misery is the story of a young black girl's coming of age in the 1960s South. “Daughter,” the main character and 25-year-old narrator lost her mother when she was very young and a community of women raised her, some blood related, some not. As she remembers how her 'Big Mamas' prepared her for womanhood, the women enter to tell their stories and “Daughter” becomes a child again reliving her vivid memories of growing up--recalling the rituals, the faith healings, the stories she was told and the lessons she learned about survival, healing, deep faith and mystery. Pegasus Artistic Director Ilesa Duncan originally directed this hit play in 1998 at Chicago Theater Company. The Chicago Reader said, “Duncan deftly weaves a seamless narrative fabric from the disparate elements of Youngblood's script.” when Duncan originally directed this hit play in 1998 at Chicago Theatre Company.

“I am honored to be returning to this project,” said Duncan. “This memory play, Shakin’ the Mess Outta Misery, speaks to me and audiences about the importance of relationships, passion, faith, sisterhood and so much more. This heartwarming story originally done in by me in the 90s about life in the 60s still teaches invaluable lessons for all of us living at this time in the 21st century.” 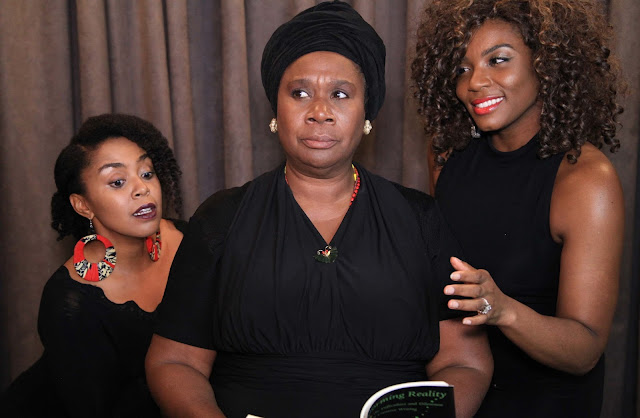 Georgia born writer Shay Youngblood is author of the novels “Black Girl in Paris” and “Soul Kiss” (Riverhead Books) and a collection of short fiction, “The Big Mama Stories” (Firebrand Books). Her published plays Amazing Grace, Shakin' the Mess Outta Misery and Talking Bones, (Dramatic Publishing Company), have been widely produced. Her other plays include Square Blues, Black Power Barbie and Communism Killed My Dog. She is the recipient of numerous grants and awards including a Pushcart Prize for fiction, a Lorraine Hansberry Playwriting Award, an Edward Albee honoree, several NAACP Theater Awards, an Astraea Writers' Award for fiction and a 2004 New York Foundation for the Arts Sustained Achievement Award. Youngblood received her MFA in Creative Writing from Brown University and has taught Creative Writing to faculty and graduate students at NYU and has been Visiting Writer in Residence at the University of Mississippi and Texas A&M Universities. She was recently awarded a National Endowment for the Arts sponsored Japan-US Creative Artist Fellowship for 2011.

Shawn Wallace is a keyboardist, composer and music director. He has music directed and composed for such theatres as MPAACT, Chicago Theatre Company and DanzTheatre Chicago.  He has worked with artists such as Common, Ice Cube, Bobby Brown, Dwele, Johnny Gill, Jon B., Bilal, Estelle, Julie Dexter, Rene Neufville, Rakim, Eric Roberson, Maggie Brown, Ugochi and Cherisse Scott. Wallace studied Music Theory and Composition at the University of Illinois at Urbana-Champaign and currently serves as musical director for two New Thought congregations: The Emmaus Center and the Namaste Center for Spiritual Living-Chicago.  He has worked for several years as a teaching artist throughout Chicago schools teaching Record Production and Theatre Tech to youth in 6th through 12th grades. His independent film score credits include; “Severed Ties” (Showcase Productions/ Lions Gate Films), “Puzzle Love” (Storybox Productions) and “Son of America” (Tanskin Productions/N’Spire Entertainment INC).

Nicole Clarke-Springer is a member of Deeply Rooted Dance Theatre where she has performed with artists such as Roberta Flack in Kevin Iega Jeff’s Flack as well as Jennifer Holiday in the world-renowned Penumbra Theatre’s Black Nativity. As a member of Deeply Rooted’s artistic team, Clarke-Springer choreographed works such as Nine, Dounia and Femme, and was assistant choreographer to Kevin Iega Jeff for Congo Square Theatre’s Nativity for two years.  In 2013, Clarke-Springer was named Deeply Rooted Dance Theatre’s Emerging choreographer for the program Generations. She received her B.S. in Arts Administration-Dance from Butler University in Indianapolis, IN where she also was awarded Butler Ballet’s Outstanding Performer.

ABOUT PEGASUS THEATRE CHICAGO
Pegasus Theatre Chicago has been a mainstay in the Chicago theater community for nearly 38 years. Its recent rebranded mission is to produce boldly imaginative theatre, champion new and authentic voices and illuminate the human journey. The theatre adheres to the core values of community engagement, social relevance, boldness, adventure and excellence.

Pegasus is also committed to initiating important conversations through the arts with strong community engagement and socially relevant programming, including the Young Playwrights Festival for high school-age scribes, which celebrated its 31st Anniversary this year. Pegasus Theatre Chicago has received seventy-seven Joseph Jefferson Citations since its inception.

Posted by Bonnie Kenaz-Mara at 8:52 AM