OPENING: 30th Anniversary Season for Griffin Theatre Company Kicks Off With Revival of Musical VIOLET at The Den 11/26/17-1/13/18

We'll be ChiILin' with Chi, IL's Griffin Theatre Company for the press opening of Violet on December 3rd. Check back soon after for our full review. In the meantime, save the dates.

Single tickets and season subscriptions are currently available at www.griffintheatre.com or by calling (773) 697-3830. 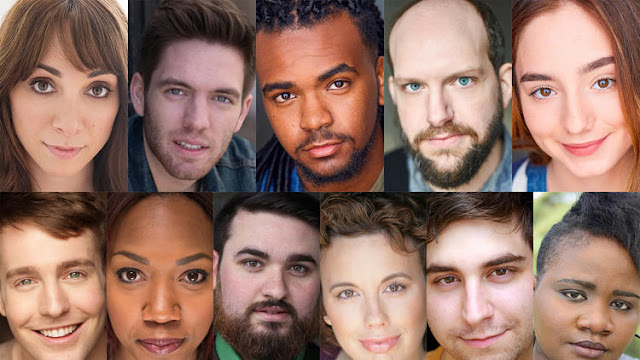 Based on the short story "The Ugliest Pilgrim" by Doris Betts, this award-winning musical fuses a powerful rock, folk and gospel score. With a ticket, a suitcase and a heart full of expectation, Violet Karl, facially disfigured since childhood, boards a bus and travels across the deep south in 1964 to see if a faith healer can transform her life. Along the way, she forms unlikely friendships with her fellow passengers, who teach her about beauty, love and courage and that it's the journeys you take in life that help you discover who you are.

The Griffin Theatre Company is the recipient of 115 Joseph Jefferson Award nominations for theater excellence in Chicago. The Griffin was the repeat winner of the 2016 Jeff Award for “Best Production of a Play” for London Wall having won the same award in 2015 for its production of Men Should Weep.

The Griffin Theatre Company is partially supported by the Illinois Arts Council, a state agency.