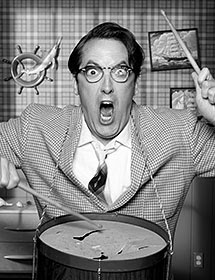 Posted by Bonnie Kenaz-Mara at 1:42 PM

Email ThisBlogThis!Share to TwitterShare to FacebookShare to Pinterest
Labels: A Celebration of Harold Pinter, Act Out, opening, Steppenwolf, The Birthday Party