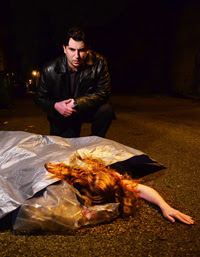 Email ThisBlogThis!Share to TwitterShare to FacebookShare to Pinterest
Labels: Act Out, crime drama, Lifeline Theatre, opening, The City and The City, world premier