OPENING: Chicago Premiere of I’M GONNA PRAY FOR YOU SO HARD Via First Floor Theater April 20 – May 18, 2019 at The Den Theatre 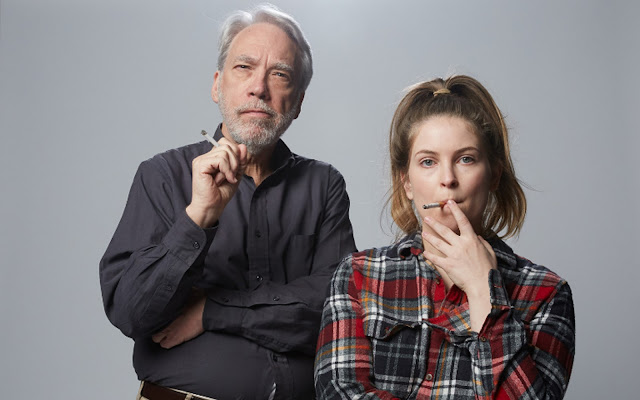 Tim Kidwell and Amanda Caryl Fink in a publicity image for First Floor Theater’s Chicago premiere of I’M GONNA PRAY FOR YOU SO HARD. Photo by Sam Doyle Photography.

I'll be out for the press opening April 24th, so check back soon for my full review. First Floor Theater is pleased to conclude its seventh season with the Chicago premiere of Halley Feiffer’s blisteringly funny play I’M GONNA PRAY FOR YOU SO HARD, directed by Cole von Glahn, playing April 20 – May 18, 2019 at FFT’s resident home, The Den Theatre (2B), 1331 N. Milwaukee Ave. in Chicago. Tickets are currently available at firstfloortheater.com.

Ella is a precocious and fiercely competitive actress with a desperate need to make her father David, a famous playwright, proud. Over the course of a boozy, drug-fueled evening, Ella and David pass the time digging into family history, artistic passion and unspoken fears as they wait for the reviews, but what is unearthed can't simply be reburied. This daring play pulls the audience into the middle of a deeply complicated relationship, exploring how we build and break idealized versions of our loved ones.

About the Artists
Halley Feiffer (Playwright) Halley Feiffer is a New York-based writer and actress. Her plays have been produced, commissioned and developed by Manhattan Theatre Club, Second Stage, New York Theatre Workshop, LAByrinth Theater Company, The O’Neill, The Orchard Project, Berkshire Theatre Group, Naked Angels, Cape Cod Theatre Project, SPACE on Ryder Farm, Keen Company, Partial Comfort Productions and the Amoralists. She is currently working on a stage adaption of THE BOY KINGS, Kate Losse's memoir about working at Facebook during its rising year. Halley is an alumna of terraNOVA’s Groundbreakers Playwrights’ Group, a former resident writer for Blue Man Group, former Playwright in Residence at Stella Adler Studio and a winner of the Young Playwrights Competition and the Lotos Foundation Prize. She is currently under commission by Manhattan Theatre Club/The Sloan Foundation, Jen Hoguet Productions and Playwrights Horizons. Her work is published by Dramatists Play Service, Overlook Press, Vintage Books, Applause Books, and Smith & Kraus. Halley co-wrote and starred in the 2013 film HE'S WAY MORE FAMOUS THAN YOU, and co-created and stars in the web series WHAT'S YOUR EMERGENCY for Stage17.tv (both directed by Michael Urie). She holds a BA from Wesleyan University.

Cole von Glahn (Director) Cole von Glahn is a Chicago-based director and production manager. He has been working with First Floor since moving to Chicago in 2015 before becoming the Director of Production in 2016. In that time, he has produced over a dozen company shows and events. Additionally, Cole serves as the Production Manager at Raven Theatre. In the past, he has administered and managed with Cherry Lane, Neverbird Project, Cleveland Play House, Northlight Theatre, and Marin Theatre Company. Outside of theatre, Cole is a board game designer and collaborative storyteller. He holds degrees in Drama and Sociology from Tufts University. 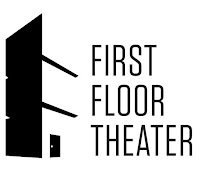