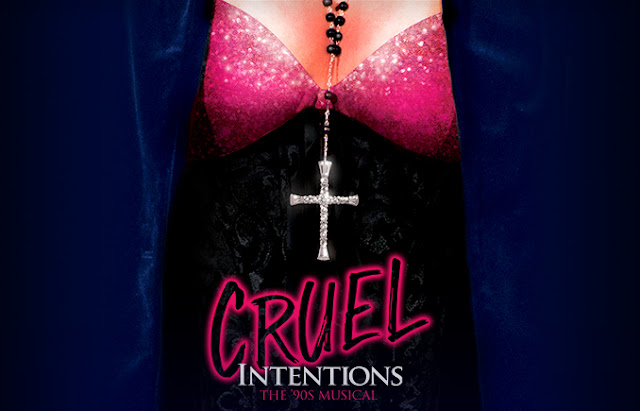 I'll be out for the press opening April 3rd, so check back soon for my full review.
Broadway In Chicago is delighted to announce there will be a digital lottery and rush tickets for CRUEL INTENTIONS: THE ‘90s MUSICAL, which will play for a limited two-week engagement at Broadway In Chicago’s Broadway Playhouse at Water Tower Place (175 E. Chestnut) from April 2-14, 2019.

The digital lottery will begin April 1 at 9AM, and 16 tickets will be sold for every performance at $25 each. The lottery will happen online only the day before each performance.  In addition, a limited number of day-of-show rush tickets will be offered for each performance at $39 each. These will be available at all performances of the run for purchase in-person at the Broadway Playhouse at Water Tower Place box office beginning when the box office opens daily. Seat locations vary per performance for the digital lottery and day-of show tickets.

HOW TO ENTER THE DIGITAL LOTTERY

· Visit https://www.broadwayinchicago.com/show/cruel-intentions-the-90s-musical/
· Follow the link “Click here for details and to enter the lottery”
· Click the “Enter Now” button for the performance you want to attend.
·Fill out the entry form including the number of tickets you would like (1 or 2). Patrons will receive a confirmation email once they have validated their email (one time only) and successfully entered the lottery.
·After the lottery closes, patrons will be notified via email within minutes as to whether they have won or not.
·Winners have 60 minutes from the time the lottery closes to pay online with a credit card.
· After payment has been received, patrons can pick up tickets at the Broadway Playhouse at Water Tower Place (175 E. Chestnut) no sooner than 30 minutes before show time with a valid photo ID. 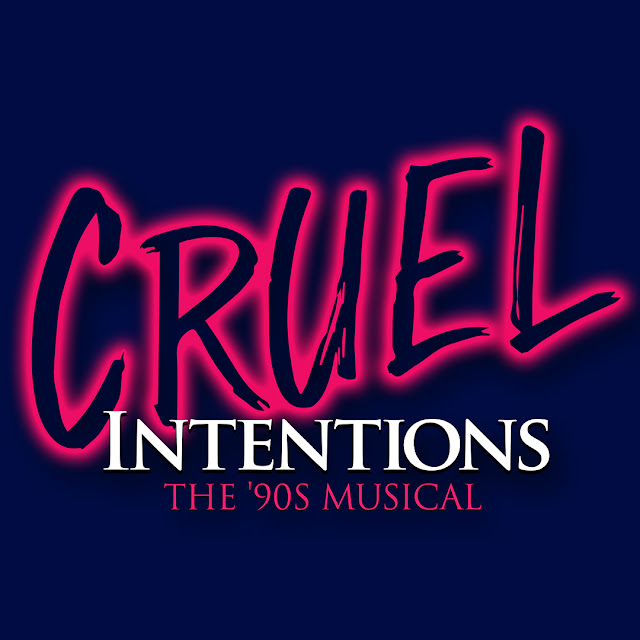 ABOUT CRUEL INTENTIONS: THE ‘90s MUSICAL
Set to the greatest pop and rock hits of the ‘90s, CRUEL INTENTIONS: THE ‘90s MUSICAL is an exhilarating and deceptively funny musical that pulls you into the manipulative world of Manhattan’s most dangerous liaisons: Sebastian Valmont and Kathryn Merteuil. Seduced by revenge and fueled by passion, the two diabolically charming step-siblings place a bet on whether or not Sebastian can deflower their incoming headmaster’s daughter, Annette Hargrove. As the two set out to destroy the innocent girl – and anyone who gets in their way – they find themselves entangled in a web of secrets, temptation, and the cruelest game of all: love. Audience members experience the intoxicating story full of hilarity and heart, set to the greatest throwback hits of the decade by such artists as Goo Goo Dolls, No Doubt, R.E.M., Ace of Base, Jewel, ‘NSYNC and more – in addition to songs from the film's iconic soundtrack such as "Bittersweet Symphony” by The Verve and “Colorblind” by Counting Crows.

Coinciding almost perfectly with the 20th anniversary of the Roger Kumble film from which it is based, the new Off-Broadway musical uses hit songs from the 1990s as its central motif. Cast members pay tribute to the decade with stellar performances of The Verve’s “Bittersweet Symphony,” Christina Aguilera’s “Genie In a Bottle,” the Cardigans’ “Lovefool” and the lead single “Breakfast at Tiffany’s” originally by Deep Blue Something. As previously announced, a cast recording featuring the original Off-Broadway company has been released on CD and all digital formats on ABKCO Records. http://www.smarturl.it/cruelmusical

“Everybody loves me and 20 years later I intend to keep it that way, with the support of the exquisite Cruel Intentions Musical and soundtrack. Not that I need support. I don’t, because I’m fabulous,” says Sarah Michelle Gellar.

CRUEL INTENTIONS: THE ‘90s MUSICAL debuted at The Rockwell Table & Stage in Los Angeles in 2015, where it ran for 38 sold-out performances, before being remounted for a second sold-out run at LA’s Prospect Theatre in November 2016. In February 2017, the musical played a sold-out “pop-up” engagement at (le) Poisson Rouge and returned in November 2017 to play a successful twenty-one-week engagement at the downtown NYC nightspot before its final performance on April 8, 2018.

TICKET INFORMATION
Individual tickets are currently on sale and range in price from $35-$72 with a select number of premium tickets available. Tickets are available now for groups of 10 or more by calling Broadway In Chicago Group Sales at (312) 977-1710 or emailing GroupSales@BroadwayInChicago.com.  For more information, visit www.BroadwayInChicago.com.

ABOUT BROADWAY IN CHICAGO
Broadway In Chicago was created in July 2000 and over the past 19 years has grown to be one of the largest commercial touring homes in the country.  A Nederlander Presentation, Broadway In Chicago lights up the Chicago Theater District entertaining more than 1.7 million people annually in five theatres.  Broadway In Chicago presents a full range of entertainment, including musicals and plays, on the stages of five of the finest theatres in Chicago’s Loop including CIBC Theatre, James M. Nederlander Theatre, Cadillac Palace Theatre, and just off the Magnificent Mile, the Broadway Playhouse at Water Tower Place and presenting Broadway shows at the Auditorium Theatre.

Posted by Bonnie Kenaz-Mara at 2:21 PM