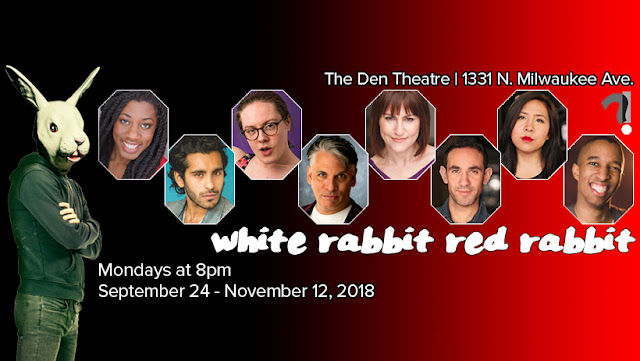 Review:
I did something odd at The Den Theatre this month. I just watched someone make a potentially fatal choice, take direction from an Iranian half a world away, explore vulnerability, enlist the unsuspecting, and perform a script, opened for the first time on the spot. Yes, it's WHITE RABBIT RED RABBIT.

Mondays are usually a dark night for theatre arts, but Interrobang Theatre Project is changing that up with a stunning 8 week social experiment. With a script from award-winning Iranian playwright Nassim Soleimanpour, 8 diverse Chicagoans, and willing audience, WHITE RABBIT RED RABBIT, is a subtly different show every week.

First, kudos to Interrobang Theatre Project for casting an eclectic range of actors for the run. I had the great pleasure of catching JD Caudill on October 1st, the second actor in the lineup. They provided a unique perspective on the work as a trans individual who prefers the pronouns "they/theirs/them".

About a third of the audience was drafted into joining the production, some designated by the playwright in the script, and many by choice. I found it poetic that JD's partner was one of the first to begin the show, randomly plucked by seat number, and another trans individual (a theatre critic), volunteered by choice, and closed out the show with a powerful reading. The bookending was a beautiful thing that happened organically and will likely never be recreated again.

I'm keeping this review as spoiler free as possible, because WHITE RABBIT RED RABBIT is best experienced without preconceptions. Suffice it to say, before I had left the show, I was already thinking of all the people I know that I wanted to bring back to see it. I left the show and promptly friended Iranian playwright Nassim Soleimanpour on social media and heard back from him within a day. I left with a few more tangents in my head, new thoughts on psychology and sociology and how they tie in with the theatre of politics and the political theatre arts, and a new Facebook friend in Iran. Theatre has the power to transcend borders and cultural conditioning, and alter mindsets on the spot more effectively than most other mediums. Check it out! White Rabbit Red Rabbit is recommended.

Ever have that nightmare where you can't get your locker open, or you're suddenly on stage without a clue what your lines are or even what play you're in, and everyone in the audience is looking expectantly at you? I have. This fall in Chicago, professional actors are actually volunteering for the latter scenario at several theatres in several different show configurations! One that's piqued my interest the most is award-winning Iranian playwright Nassim Soleimanpour's acclaimed solo show WHITE RABBIT RED RABBIT.


The show features a different actor each week, with a script they’ve never read before. Plan to catch one or many, as we go down the rabbit hole of word spanning two disparate cultures. Forbidden to leave his country, young Iranian playwright Nassim Soleimanpour found a way for his voice to get out when he physically could not. His words have escaped censorship and are awaiting an audience.

What happens when you put one artist on a stage and hand them a script they’ve never read before? Pure theatrical magic! Interrobang Theatre Project is pleased to present award-winning Iranian playwright Nassim Soleimanpour's acclaimed solo show WHITE RABBIT RED RABBIT, an experimental tour de force you have to see to believe!

Featuring a different actor each week, this unforgettable artistic experiment will play Mondays at 8 pm from September 24 – November 12, 2018 at The Den Theatre, 1331 N. Milwaukee Ave. in Chicago’s Wicker Park neighborhood. Tickets are on sale at www.interrobangtheatre.org or by calling (312) 219-4140.

No rehearsal. No director. No set. No spoiler. A different performer each night is handed a script (in a sealed envelope) for the first time as they step onto stage. Forbidden to leave his country, young Iranian playwright Nassim Soleimanpour found a way for his voice to get out when he physically could not. His words have escaped censorship and are awaiting your audience. This wildly entertaining and thought-provoking theatrical piece – where no audience can see the same show twice – blends drama, comedy and social experiment, providing audiences with a potent reminder of the transformative power of theatre. WHITE RABBIT RED RABBIT has been called a play – but it’s a lively, global sensation that no one is allowed to talk about.

Nassim Soleimanpour is an independent multidisciplinary theatre maker from Tehran, Iran. His plays have been translated into more than 20 languages. Best known for his play White Rabbit Red Rabbit, written to travel the world when he couldn’t, his work has been awarded the Dublin Fringe Festival Best New Performance, Summerworks Outstanding New Performance Text Award and The Arches Brick Award (Edinburgh Fringe), as well as picking up nominations for a Total Theatre and Brighton Fringe Pick of Edinburgh Award. By the time Nassim was permitted to travel for the first time in early 2013, his play White Rabbit Red Rabbit had been performed over 200 times in 15 languages. Since then, Nassim has facilitated workshops and panels in different countries including World Theatre Festival (Brisbane), Tolhuistuin (Amsterdam), SESC Vila Mariana (Sao Paulo), Schauspielhaus (Vienna), DPAC (Kuala Lampur), Theatretreffen (Berlin), British Council (London), Asia House (London) and University of Bremen (Germany). Nassim’s second play Blind Hamlet for the London based Actors Touring Company premiered at the 2014 Edinburgh Festival Fringe and has since toured extensively around the UK and was received well in Bucharest and Copenhagen. Blank, his third play, recently premiered in Amsterdam and has been performed in Utrecht, Edinburgh and London. Nassim now lives in Berlin with his wife Shirin. 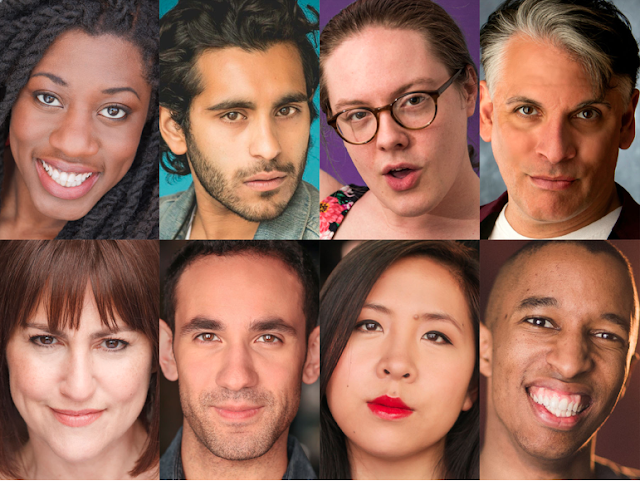 Stephanie Shum can't believe Interrobang is letting her do this but is very excited to play with them for the first time. She is Co-Artistic Director of The New Colony, Associate Producer with Red Tape Theatre and has also performed with Steppenwolf, American Theater Company, The Neo-Futurists, 16th Street, Walkabout, Factory, Redtwist, Goodman, Victory Gardens, Silk Road and The Fly Honeys. She is a graduate of the School at Steppenwolf and is represented by Actors Talent Group. She may next be in seen in Wildclaw’s Second Skin. www.stephanieshum.com

JD Caudill is a Chicago-based director, music director and performer. Since coming to Chicago in 2014, JD has performed onstage with The New Colony, Hell in a Handbag Productions, New American Folk Theatre, Forks and Hope and Hobo Junction, and directed for over 15 companies, including Broken Nose Theatre, The New Colony and Haven Theatre. JD is a company member of Hell in a Handbag and Haven Theatre (where they are also marketing director), and an associate company member of Broken Nose Theatre.

Michael Turrentine is an actor/educator/playwright originally from Oklahoma, but loves the Windy City too much for words! He has worked at various theaters around Chicago including Firebrand Theatre, Remy Bumppo Theatre, Theater Wit, The Lyric Opera of Chicago, The Gift Theatre and others. He will also be performing in the up coming production of Frankenstein at Remy Bumppo Theatre. Michael is excited to go on this cool and exciting journey with Interrobang! He is represented by Gray Talent Group.

Joe Lino is a Chicago based actor and has worked with Steppenwolf, Goodman, Victory Gardens, Teatro Vista, Drury Lane, The New Colony, The Cuckoos Theater Project, The Agency Theatre Collective and Interrobang Theatre Project. where he is an artistic associate. Regionally he has credits with Actors Theatre of Louisville in shows such as Dracula, A Christmas Carol and That High Lonesome Sound, which premiered at the Humana Festival. He has also performed Off-Broadway at the BAM Harvey Theatre in Charles Mee’s world premiere of The Glory of the World. He is a proud alumni of Ball State University.

David Cerda is the Artistic Director and Co-Founder of Hell in a Handbag Productions. Plays written include Rudolph the Red-Hosed Reindeer, SCARRIE! The Musical, POSEIDON! An Upside-Down Musical, Christmas Dearest, The Golden Girls: The Lost Episodes Vol 1 & 2 and The Birds. As an actor he has worked with A New Colony, Corn Productions, Lookingglass, A Red Orchid Theatre and more. Cerda was inducted into the Chicago 2016 GLBTQ Hall of Fame and received a Lifetime Achievement Award from the Chicago Jeff Committee in 2017 for his body of work and philanthropic efforts.

Shawna Franks is the founding Managing Director of Facility Theatre where she is currently performing in the Chicago premiere of Phoebe In Winter by Jen Silverman. Shawna originated the role of Dottie in Killer Joe by Tracy Letts at The Next Lab in Evanston. She performed this role at The Traverse Theatre in Edinburgh, The Bush Theatre in London and The Vaudeville Theatre on London's West End. She also performed in Grand Concourse at Steppenwolf Theatre and The Woman Before at Trap Door Theatre. She has appeared in various productions in Dublin, Los Angeles, Phoenix and New York City, and is the founding Artistic Director of Space 55 Theatre in Phoenix. 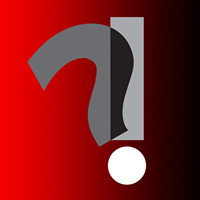 Now in its ninth season, Interrobang Theatre Project, under the artistic leadership of Georgette Verdin and James Yost, has been hailed by the Chicago Tribune as a “company to watch” and by Time Out Chicago as “one of Chicago’s most promising young theatre companies.” Chris Jones called Foxfinder, which kicked off Interrobang’s 2017-18 season, “...a ripping good yarn,” earning it 3.5 stars from the Chicago Tribune. Foxfinder also garnered seven non-Equity Jeff Awards nominations including Best Director and Production of a Play, and took home two awards for Best Original Music and Set Design. The company also earned seven non-Equity Jeff Nominations for their seventh season, including Best Director, Production of a Play, Solo Performance and acting nominations for Lead Actor, Actress (win) and Actor in a Supporting Role (win). Productions have included the world premiere of Calamity West’s Ibsen is Dead (Jeff Recommended), the Jeff Recommended The Pitchfork Disney, Orange Flower Water, Recent Tragic Events, The North Pool, The Amish Project, Falling and Grace. Director James Yost’s critically-acclaimed Really Really was one of six shows chosen for Chicago Tribune’s “Best of 2015 in Chicago Fringe Theater.”