OPENING: Chicago Premiere of THIS BITTER EARTH Via About Face Theatre November 1 – December 8, 2018 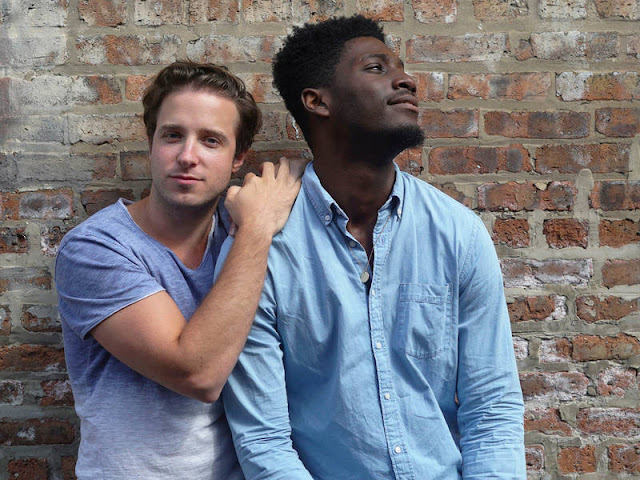 (left to right) Daniel Desmarais and Sheldon Brown in a publicity image for About Face Theatre’s Chicago premiere of THIS BITTER EARTH. Photo by Anna Gelman.

About Face Theatre is pleased to launch its 2018-19 season with the Chicago premiere of the poetic and political romance THIS BITTER EARTH by award winning playwright and McKnight Fellow Harrison David Rivers, directed by Mikael Burke, recipient of the 2017 Princess Grace Award in Theatre. THIS BITTER EARTH will play November 1 – December 8, 2018 at Theater Wit, 1229 W. Belmont Ave. in Chicago. Tickets are currently available at aboutfacetheatre.com by calling (773) 975-8150 or in person at the Theater Wit Box Office.

This Bitter Earth reveals a deep love challenged by divisive political realities. Jesse, an introspective black playwright, finds his choices called into question when his boyfriend, Neil, a white Black Lives Matter activist, calls him out for his political apathy. As passions and priorities collide, this couple is forced to reckon with issues of race, class and the bravery it takes to love out loud.

Comments Artistic Director Megan Carney, “Harrison’s brilliant play resonates so powerfully at this moment. This story reveals one distinct couple in a relationship shaped and propelled by both massive love and devastating violence. They are grappling with this mad world and fighting for their very lives. Harrison captures the intricacies of identities and impact with humor and passion. I can’t imagine a better pairing that Harrison and Mikael to bring this work to life in Chicago.”

Adds Director Mikael Burke, “This Bitter Earth is a beautiful and unflinching play about race and relationship in contemporary America – about the need for connection and the apparent differences that hold us back. Jesse is black, Neil is white, and against a backdrop of police shootings and Black Lives Matter rallies, this tale of interracial love and heartache asks us: How do we save one another in this tumultuous world? How do we save ourselves? How do we navigate love in a world with so much hate? What do we carry in order to survive that we must learn to let go of in order to live?”

Artist Biographies
Harrison David Rivers (Playwright, he/him/his) resides in Saint Paul, Minnesota, where he was recently named one of City Pages’ Artists of the Year. His plays include: When Last We Flew (GLAAD Media Award, NYFringe Excellence in Playwriting Award, NYFringe), Sweet (AUDELCO nomination for Best Play, NBT), And She Would Stand Like This (20% Theatre Company, The Movement Theatre Company), Where Storms Are Born (Berkshire Theatre Award nomination for Best New Play, Edgerton Foundation New Play Award, Williamstown), A Crack in the Sky (History Theatre), Five Points (Theatre Latte Da) and This Bitter Earth (New Conservatory Theatre Center, Penumbra). Harrison has received McKnight and Many Voices Jerome Fellowships, a Van Lier Fellowship, an Emerging Artist of Color Fellowship and New York Stage & Film’s Founders’ Award. He was the 2016 Playwright-in-Residence at the Williamstown Theatre Festival. Harrison is an alumni of the Public Theater's Emerging Writers' Group, Interstate 73, NAMT and The Lincoln Center Directors' Lab. He is a NYTW Usual Suspect and a Core Writer at the Playwrights’ Center where he is also a member of the Board of Directors. Harrison received his BA from Kenyon College and MFA from Columbia School of the Arts. www.harrisondavidrivers.com

Mikael Burke (Director, he/him/his) is a Chicago-based director, deviser and educator. He serves as Creative Director of the Indianapolis-based Young Actors Theatre, and previously served as Associate Artistic Director of Indianapolis’ NoExit Performance. Michael is a 2017 Princess Grace Award Winner in Theatre and a recipient of the 2012 Robert D. Beckmann Emerging Artist Fellowship from the Arts Council of Indianapolis. He has most recently worked with American Theatre Company, Strawdog Theatre Company and About Face Theatre in Chicago, and elsewhere with Asolo Repertory Theatre in Sarasota, Florida, GEVA Theatre Center in Rochester, New York and the Indiana Repertory Theatre in Indianapolis, to name a few. Michael received his MFA in Directing from The Theatre School at DePaul University in Chicago. Recent directing credits include A Midsummer Night’s Dream by William Shakespeare, Native Son by Richard Wright, adapted by Nambi E. Kelley, Stupid F##king Bird by Aaron Posner, Still by Jen Siverman, Hedda Gabler by Henrik Ibsen and Eurydice by Sarah Ruhl. 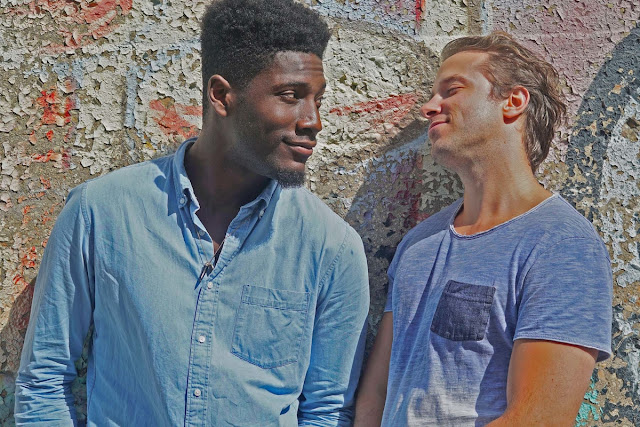 (left to right) Sheldon Brown and Daniel Desmarais in a publicity image for About Face Theatre’s Chicago premiere of THIS BITTER EARTH. Photo by Anna Gelman.