3 Nights Only: Pay What You Can Tickets for Broken Nose Theatre's Bechdel Fest 6

I'll definitely be out to see BECHDEL FEST 6: REVOLUTION. Here at ChiIL Live Shows we're all about works of film and theatre that pass the "Bechdel Test" and can't wait to see Broken Nose Theatre's annual festival of new short plays. With pay what you can ticket prices, nobody's excluded for a thin wallet or empty bank account. Steppenwolf’s 1700 Theatre is one of our favorite new venues and an excellent place to catch a show. Don't miss this!

Broken Nose Theatre, recipient of the 2018 Broadway In Chicago Emerging Theatre Award, is pleased to announce the full line-up for BECHDEL FEST 6: REVOLUTION, the company’s annual festival of new short plays featuring an ensemble of female-identifying and non-binary actors talking about things other than men. Presented as part of Steppenwolf’s LookOut Series, BECHDEL FEST will play three performances only July 29, 30 & 31, 2018 at Steppenwolf’s 1700 Theatre, 1700 N. Halsted St. in Chicago. Tickets for all BNT productions are available on a “pay-what-you-can” basis, allowing patrons to set their own price and ensuring theatre remains economically accessible for all audiences. Suggested price is $25. Tickets are currently available at www.steppenwolf.org or by calling (312) 335-1650.

All the works in BNT’s perennial feminist festival are inspired by the famous Bechdel-Wallace Test. Created by cartoonist Alison Bechdel, the test asks whether a work of entertainment features at least two women in conversation about something other than a man. Since the fest's first iteration in 2013, Broken Nose has worked with some of the most exciting voices in the Chicago theater landscape on over 40 stories that, by design, do not revolve around men. This year's lineup includes both female-identifying and non-binary characters. 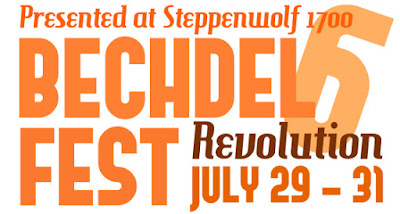 A suburban book club is on track to reserve a booth at their neighborhood's annual Community Cookout –until the cookout sponsors realize the book club focuses exclusively on lesbian erotica.

The Society - a secret spy organization founded, funded, organized, and run by black women - is about to send their most skilled agent on a brand new mission: a covert infiltration with the potential to change the world.

A shy highschooler decides to reveal her true self to her girlfriend, even if it risks changing everything.

A devout mother and her three daughters seem perfectly comfortable within the confines of the restrictive "Christian Patriarchy Movement."  That is, until sex education gets unexpectedly added to their home-schooled curriculum.

Two Mexican-American friends struggle with the ups and downs of seeking help, dealing with trauma – and setting boundaries with their hard-to-ignore families.

As the "Occupy Wallstreet" protests rage on the East Coast in 2011, several college students strive to be part of the movement... on their tiny liberal arts campus in Gambier, Ohio.

Two neighbors. One shared back porch. This means war.

On the eve of her high school prom, a young woman decides to break the rules in her own special way.

Two strangers find their night of casual fun unexpectedly lengthened when a neighborhood riot erupts around them. 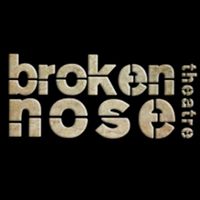 Broken Nose Theatre is a Pay-What-You-Can theatre company. Founded in 2012, BNT has produced and developed 11 full-length plays (including 8 Chicago or World Premieres) and over 40 new womencentric short plays through our annual Bechdel Fest. We strive to spark conversation, cultivate empathy, and amplify underrepresented voices, and are committed to making new, exciting and relevant theatre that is economically accessible to all audiences. For more information, please visit www.brokennosetheatre.com.

Posted by Bonnie Kenaz-Mara at 2:47 PM

Email ThisBlogThis!Share to TwitterShare to FacebookShare to Pinterest
Labels: 3 shows only, Bechdel Fest 6, Broken Nose Theatre, LookOut Series, opening, pay what you can, shows on our radar, Steppenwolf 1700 Theatre