SAVE THE DATES: MOTOWN THE MUSICAL TO PLAY CADILLAC PALACE THEATRE OCT. 3-8, 2017 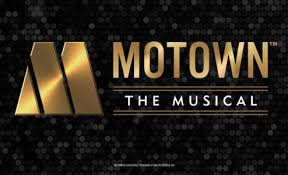 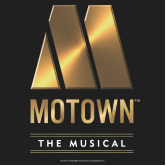 TICKETS NOW ON SALE TO THE GENERAL PUBLIC

Here at ChiIL Live Shows, we caught MOTOWN THE MUSICAL when it played Chicago several years ago and it was phenomenal. With a real life backstory custom made for a Broadway musical, this plots a keeper. And the hits just keep coming. The audience was holding hands and grinning ear to ear. Don't miss this.

Broadway In Chicago and Producers Kevin McCollum, Doug Morris and Motown Founder Berry Gordy are delighted to announce that individual tickets for the return of MOTOWN THE MUSICAL will go on sale on Friday, July 28, 2017. MOTOWN THE MUSICAL, which launched its first national tour in Chicago, will play at the Cadillac Palace Theatre (151 W. Randolph) for a limited one-week engagement that runs October 3-8, 2017.

Featuring more than 40 classic hits such as “My Girl” and “Ain’t No Mountain High Enough,” MOTOWN THE MUSICAL tells the story behind the hits as Diana, Smokey, Berry and the whole Motown family fight against the odds to create the soundtrack of change in America.

Directed by Charles Randolph-Wright, MOTOWN THE MUSICAL is the true American dream story of Motown founder Berry Gordy’s journey from featherweight boxer to the heavyweight music mogul who launched the careers of Diana Ross, Michael Jackson, Stevie Wonder, Smokey Robinson, Marvin Gaye and so many more.

ABOUT BROADWAY IN CHICAGO
Broadway In Chicago was created in July 2000 and over the past 17 years has grown to be one of the largest commercial touring homes in the country.  A Nederlander Presentation, Broadway In Chicago lights up the Chicago Theater District entertaining well up to 1.7 million people annually in five theatres.  Broadway In Chicago presents a full range of entertainment, including musicals and plays, on the stages of five of the finest theatres in Chicago’s Loop including The PrivateBank Theatre, Oriental Theatre, Cadillac Palace Theatre, and just off the Magnificent Mile, the Broadway Playhouse at Water Tower Place and presenting Broadway shows at The Auditorium Theatre of Roosevelt University.

Posted by Bonnie Kenaz-Mara at 7:53 PM