BABES WITH BLADES THEATRE COMPANY ANNOUNCES CAST FOR THE CHICAGO PREMIERE OF
THE GOOD FIGHT
AT THE CITY LIT THEATER,
JANUARY 6 – FEBRUARY 17, 2018 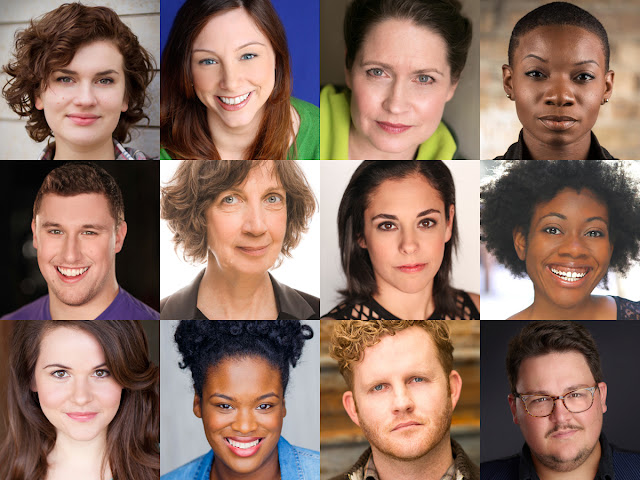 A Remarkable True Chapter in the Struggle for Women’s Suffrage:
The English Suffragettes who Learned Jiu-jitsu

The Women's Social and Political Union (WSPU), led by Emmeline Pankhurst and her daughter Christabel, was the primary militant group pushing for women's suffrage in the United Kingdom. Under the slogan "Deeds, not words," the WSPU advocated targeting property as a form of protest, from smashing shop windows to burning and bombing buildings. Imprisoned WSPU members – including Pankhurst – launched hunger strikes, which were initially countered by the authorities with force-feeding; later the government introduced the "Cat and Mouse Act," under which starving suffragettes were released, only to be re-imprisoned once regaining their health. To defend their leaders and comrades, the WSPU established "The Bodyguard" – a secret, all-female security team, trained in jiu-jitsu – and the good fight began.

“The Good Fight imagines the personal lives of the historical women who literally fought for the vote in London in the early 20th century. The parallel to continued struggles for women's autonomy and gender parity cannot be ignored,” says Co-Artistic Director Kathrynne Wolf. Co-Artistic Director Elyse Dawson agrees and adds, “Babes With Blades Theatre Company is proud to shed light on this neglected corner of women's martial history as part of our 20th Anniversary Season. We're premiering The Good Fight in Chicago to remind our audiences that our good fight is far from over.”

ABOUT ANNE BERTRAM, PLAYWRIGHT
Anne Bertram is a founding artistic associate of Theatre Unbound, a Minneapolis/St. Paul company devoted to work by and about women. She currently serves as its executive director. Her work as a playwright has been seen in venues from off-Off Broadway to middle-school classrooms in Fargo, as well as successful runs with Theatre Unbound, including Murderess (2011) and The Good Fight (2012). Awards and commissions include Northwestern University’s Agnes Nixon Playwriting Award (lovehateforgive), The Playwrights’ Center’s Jones Commission (The Donner Gold), Studio Z’s Playwright in Electronic Residence Commission (St. Luke’s) and the Tennessee Williams One-Act Prize (Liability).

ABOUT ELIZABETH LOVELADY, DIRECTOR
Elizabeth Lovelady is a director, playwright, arts administrator and sometimes performer. She won the 2016 non-equity Jeff for Best Adaptation for D.O.A. with Strawdog Theatre, which she also directed. She is an artistic associate of Red Theater where she directed Prince Max's Trewly Awful Trip to the Desolat Interior and 20% Theatre where she directed Fanny's First Play and Photograph 51. Other favorite directing credits include Lone Star/Laundry and Bourbon, Crimes of the Heart, The Dining Room (Oil Lamp); The War to End War: Los Alamos (The Island) and Off the Spectrum, a devised piece she created as part of Red Tape Theatre’s Fresh Eyes project. She also created and performed the one-woman show A Simple Lesson in Baking with Marie Antoinette.

ABOUT GABY LABOTKA, VIOLENCE DESIGNER
Gaby Labotka previously worked with BWBTC as assistant violence designer and Gloucester/Hartleur/John Bates for Henry V. Upcoming, Labotka is directing Wasteland Hero for the Reutan Collective, the violence director for Night in Alachua County presented by WildClaw Theatre and the fight choreographer/assistant director for 'Twas the Night Before Christmas presented by Emerald City Theatre.  She is an advanced actor combatant with the Society of American Fight Directors (SAFD) and is frequently a teaching assistant for stage combat classes at Movement and Combat Education (MACE), The Actors Gymnasium and regional stage combat workshops. She is a proud member of the Alliance of Latinx Theatre Artists (ALTA).

ABOUT ALMANYA NARULA, ASSISTANT VIOLENCE DESIGNER
Almanya Narula is an actor, combatant, fight choreographer and voiceover artist from Bangkok, Thailand. She is affiliated with both the Society of American Fight Directors (SAFD) and the British Academy of Stage & Screen Combat (BASSC). Most recently she was the fight choreographer and lead actor in the music video for Nickelback's “Feed the Machine.” In Chicago, she is currently featured in the Factory Theater's production of Fight Cityand will be the fight choreographer for upcoming productions with Steep Theatre Company and Jackalope Theatre Company. 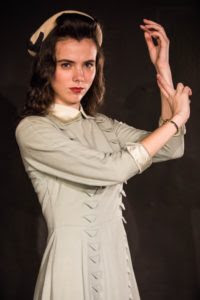 A mishap in her father's lab gave Scarlet O'Neil the power of invisibility – a power she promised him she'd never use. But Daddy never knew there'd be days like these….

It's the Windy City of the 1940s, and Dr. O'Neil's ex-lab assistant Evanna Keil is desperate to perfect her mind-controlling Ruby Red Lipstick before selling it to the KGB. The ensuing mayhem threatens everything Dr. O'Neil worked for, and everything Scarlet holds dear. Can Scarlet save her deceased father’s reputation, his scientific collaborators, AND their military secrets, plus her kidnapped landlady, a young prodigy, a small dog, the gals at the City News and all of Chicago – if not the world? It's the Invisible Scarlet O’Neil to the rescue!

ABOUT BABES WITH BLADES THEATRE COMPANY
Gender parity is a hot topic, with news clip after article after report documenting how women, and women’s stories, are still underrepresented. Babes With Blades Theatre Company’s response – now, for the past 20 years, and moving forward – is to develop and present scripts focused on complex, dynamic (and often combative) female characters.

In each element of their programming, they embrace two key concepts:
1) Women are central to the story, driving the action rather than responding or submitting to it
2) Women are capable of a full emotional and physical range, up to and including violence and its consequences.

The company offers participants and patrons alike an unparalleled opportunity to experience women as heroes and villains; rescuers and rescuees; right, wrong, and everywhere in between: exciting, vivid, dynamic PEOPLE. It’s as simple and as subversive as that.


BWBTC’s 2017-18 programming is partially made possible by the kind support of The Gaylord & Dorothy Donnelley Foundation, The Paul M. Angell Family Foundation, The Illinois Arts Council Agency, and a CityArts Grant from the City of Chicago Department of Cultural Affairs & Special Events.
Posted by Bonnie Kenaz-Mara at 8:32 PM

Email ThisBlogThis!Share to TwitterShare to FacebookShare to Pinterest
Labels: babes with blades, cast announced, save the dates, shows on our radar, Theatre Chicago