REVIEW: Catch PigPen Theatre's Charming and Magical Production of The Old Man and The Old Moon at Writers Theatre

We caught opening night of The Old Man and The Old Moon and were completely charmed!   This is good, old fashioned, down home music and story telling at it's best.   The fantastical shadow puppet elements are particularly effective, as are the recycled art puppets.   I've never seen a plastic bottle and mop with so MUCH canine personality.   Utterly awesome!   I also adored the way the troupe rallied together to become THE BOAT.   Look out Redmoon.   You have some talented competition in town!

The original score is an integral and excellent part of the whole production, with the musicians playing an active role on stage instead of relegated to the wings. The writing is superb as well.   There were plenty of universal truths for the plot and characters to strike a chord... longing for adventure, comforts of a home base, fears and chaos of natural disasters.    It's easy to take someone you love for granted until they're gone.   And it's easy to let the minutia of work get in the way of having adventures, keeping promises and spending time with family.   We love the idea of the moon and letting its waxing and waning take its course instead of rushing to keep it full every day.   What a great analogy to following in life!

This show is aimed at adults but fine for all ages. 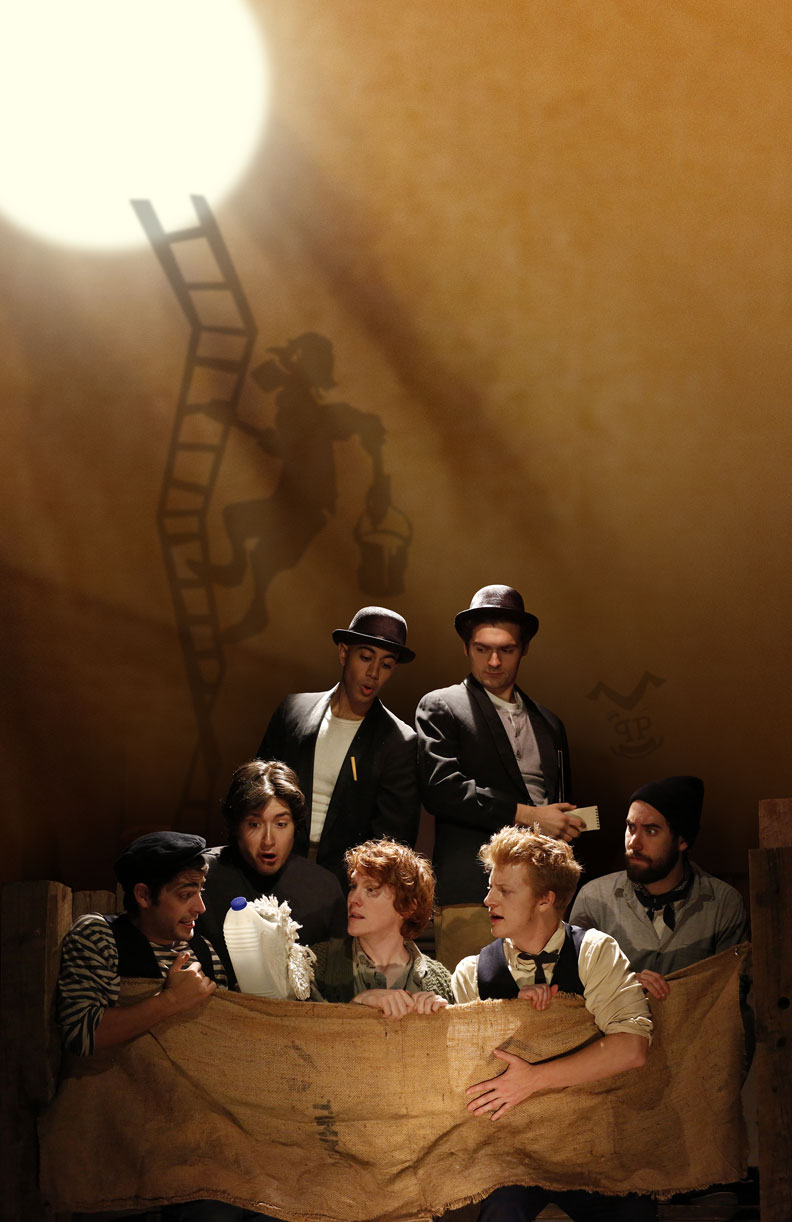 Click here to check out our past coverage for full show details.

Also, if you're 21+ check out PigPen Theatre Co. in residency at Schubas.   Click here our prior coverage on all the residency/album release details.


We got an advance press copy of their upcoming album and will be reviewing it right before the release.


Coinkidink alert:  We do love odd coincidences.   In the microcosm of the Chicago theatre world what are the odds of two productions playing simultaneously that feature dirigibles?!

Check out the OTHER dirigible play, Babes With Blades' awesome Bo Thomas and the Case of the Sky Pirates.   Click here for ChiIL Live Shows' Review.

The cast interviews posted in the lobby were an amusing read and we found more than a few coinkidinks there, too.  Gotta love theatre peeps and improvisers.   They give creative, off the cuff answers!