Paramount Theatre is launching its 11th Broadway Series with

Note: Dreamgirls is suggested for ages 10 and up due to adult language and relationship content. 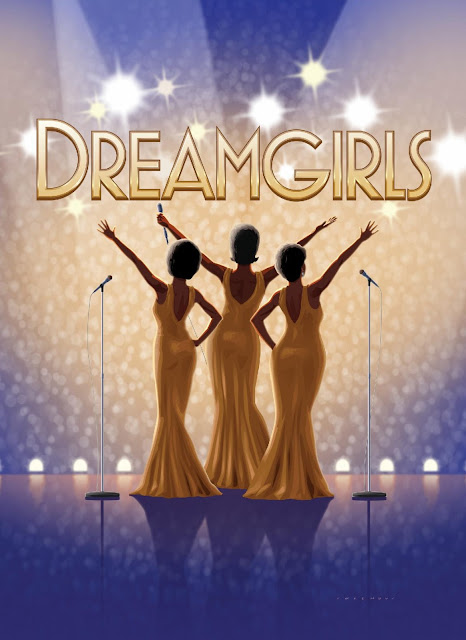 Paramount Theatre wants all of Chicago to meet Effie, Lorrell and Deena, three talented young Black singers in the turbulent 1960s whose rise to the top will test their friendships to the very limit.

That’s right, we’re talking about Dreamgirls, the Tony-winning musical inspired by The Supremes that spawned an Oscar-winning movie. And where better to see a full-blown production of this seminal musical than at Aurora’s beautiful Paramount Theatre, launching its 11th Broadway Series with Dreamgirls, August 31-October 16, 2022.

Travel back with Paramount to the 1960s. The Motown sound is on the rise, and the Dreamettes are three young women trying to break their way onto the music scene. When car salesman Curtis Taylor, Jr. signs the trio to a record label, he sets in motion a series of events that will forever change their lives, for better and for worse. Join the Dreamgirls as they navigate the highs and lows of life, love and fame. And remember, all you gotta do is dream.

Christopher D. Betts will direct, and Dreamgirls marks his hometown debut. A Chicago native, Betts is a New York-based director, writer, producer, and NYU professor, who recently completed his MFA in Directing at Yale School of Drama.

Four-play 2022-23 subscriptions including Dreamgirls and three more amazing musicals - The Sound of Music, Into the Woods and School of Rock - for new subscribers are on sale now, starting at just $56. Single tickets to Dreamgirls are $28 to $79 and go on sale Monday, July 25, at 10 a.m.

Paramount Theatre is located at 23 E. Galena Blvd. in downtown Aurora. For tickets and information, visit paramountaurora.com, call (630) 896-6666, or stop by the Paramount box office Monday through Saturday, 10 a.m. to 6 p.m.

Dreaming Big: Behind the scenes of Paramount’s 2022-23 opener

“I am thrilled to be returning to the Chicagoland area to direct Dreamgirls at Paramount. As a Chicago native, it is a dream come true to reintroduce myself to my community as a director — with my favorite musical — after matriculating from NYU Tisch and The Yale School of Drama,” said director Christopher D. Betts.

“The American Theatre is undergoing a crucial social justice reckoning, and our industry is beginning to bend toward the inclusion of people who belong to the communities represented onstage as leaders of the theatrical process. I am an example of this. Dreamgirls represents a similar moment in history when Black artists were beginning to have a fighting chance at impacting the music industry. I am committed to being reverent to this historic and iconic moment in Black History. I hope this production will not only affirm that our dreams are valid but inspire a new dream for the future.”

The original Broadway production of Dreamgirls opened at New York’s Imperial Theatre on December 20, 1981. The musical played 10 previews and 1,521 performances before closing August 11,1985, earning 13 Tony nominations and winning six. Henry Krieger’s music and Tom Eyen’s book and lyrics and book are unstoppably excellent. The original Broadway production was directed and choreographed by Michael Bennett. Orchestrations are by Harold Wheeler.

The musical spawned the 2006 DreamWorks/Paramount Pictures film of the same name, written and directed by Bill Condon, featured stars like Jamie Foxx, Beyoncé Knowles, Eddie Murphy, Danny Glover, and famously earned an Oscar for Chicago’s own Jennifer Hudson for her supporting role as Effie. 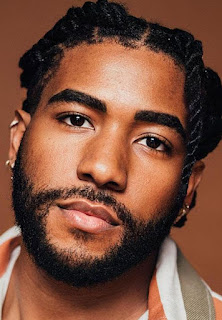 Christopher D. Betts, a native of Chicago, considers reintroducing himself to the Chicagoland area as the director of Dreamgirls at Paramount a dream come true. Upcoming: The Color Purple (North Carolina Theatre) and Trouble in Mind (Hartford Stage). Betts recently directed Choir Boy (Yale Rep), Legally Blonde (NYU Tisch), In the Southern Breeze (Off-Broadway) and Dutch Kings (Off-Off-Broadway). At Yale Cabaret, he directed Is God Is, We Are Proud to Present…, Fireflies, littleboy/littleman, School Girls; Or, The African Mean Girls Play; and How Black Girls Get Over Fuckbois, Vol. 1 and The Winter’s Tale at Yale School of Drama. Betts is also the creator, writer, director, and executive producer of MAJOR, a film executive produced by Tarell Alvin McCraney. Other collaborations include Spring Awakening (NYU Tisch); Shakespeare’s The Comedy of Errors (PopArt Johannesburg/Market Theatre Lab); The Cave: A Folk Opera (New York premiere); Carrie (2015 Broadway World Best Musical nomination); a series of new works with the OBIE Award-winning Fire This Time Festival; workshops of Goodnight Tyler (Kennedy Center/Alliance Theatre) and Refuge of the Damned (Long Wharf); and Barbecue (movement director, The Public Theater). Betts is a recipient of the Julie Taymor World Theater Fellowship, the Richie Jackson Artist Fellowship, and a two-time recipient of the SDCF Observership. He has been an artist in residence at Kampala International Theater Festival and PopArt Johannesburg and a teaching artist at The Market Theatre Lab. Betts is currently a professor in the Department of Undergraduate Drama at NYU Tisch School of the Arts, New Studio on Broadway, and a support team member at artEquity, and The Joyce C. Willis Fellow at Hartford Stage. He received his B.F.A. with triple honors from NYU’s Tisch School of the Arts (Bachelor’s Representative) and M.F.A. in Directing from Yale School of Drama. christopherdbetts.com

Pay What You Can Performances

Paramount is offering two Pay What You Can performances of Dreamgirls. Both days, starting at 10 a.m., visit the Paramount Theatre box office in-person to request tickets. Limit four per person. See paramountaurora.com/pay-what-you-can for details.

Midwest chapters of the “Divine Nine” Black sororities and fraternities will join together for a special night at Paramount’s Dreamgirls, furthering the council’s mission to educate and uplift the Black community from racial inequities.

Local civic organizations, community and political leaders and black owned businesses are invited to this special night at Paramount’s Dreamgirls to celebrate the community-building power of live theater.

Chicago-area congregations are invited to praise the power of faith, perseverance, gospel music and the sounds of Motown at Church Night at Dreamgirls.

To learn more, get involved or for information on how to get discounted group tickets to any Dreamgirls special event, contact Melissa Striedl, melissas@paramountarts.com or (630) 723-2461.

If you require wheelchair or special seating or other assistance, please contact the box office at (630) 896-6666 or boxoffice@paramountarts.com in advance.

An open and closed captioned performance is TBA.

Paramount Theatre’s Covid-19 commitment to and safety and protocol

Paramount Theatre has followed, and will continue to follow, the requirements of the State of Illinois and the Kane County Health Department. Therefore, Paramount is following the guidance of the State of Illinois and recommends, but no longer requires, masks, proof of vaccination or negative COVID test for patrons. Mask wearing is strongly encouraged, but will be optional. For complete details, please read Paramount’s full Covid Policy.

Set in Austria 1938 on the brink of World War II, The Sound of Music is the unforgettable Rodgers and Hammerstein classic musical about Maria, a young woman who takes a job as governess of the von Trapp Family while deciding whether to become a nun. After falling in love with the children, and eventually, Captain von Trapp, a clever ruse leads to the family’s daring escape from the Nazis through the Austrian Alps. Paramount’s Amber Mak directs. Performances are November 9, 2022-January 8, 2023. Opening Night is Friday, November 18, at 8 p.m.

Into the Woods, a seminal work by the late Stephen Sondheim, reimagines Little Red Riding Hood, Jack and the Beanstalk, Rapunzel, Cinderella and other Brothers Grimm characters in one of the most astounding and original fairytale retellings the stage has ever seen. Paramount Artistic Director Jim Corti and Associate Artistic Producer Trent Stork co-direct Paramount’s journey Into the Woods. Performances are February 1-March 19, 2023. Opening Night is Friday, February 10, at 8 p.m.

Now we’re rocking, because Paramount Theatre’s 11th season finale is School of Rock, the fun-loving musical based on the popular Jack Black movie, from the genius mind of Andrew Lloyd Webber. Trent Stork directs. Performances are April 12- May 28, 2023. Opening Night is Friday, April 21, at 8 p.m.

Just as it has since it launched its first Broadway Series in 2011, Paramount still offers the same “Buy Two Shows, Get Two Shows Free” subscription offer. Broadway Series packages start as low as $56. In fact, Paramount subscribers pay no more than $39.50 per show, and that’s the most expensive ticket. Fees not included. 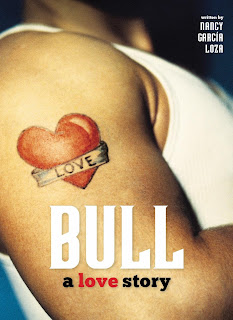 Bull dealt drugs, got caught, and served his time. For a decade, he’s thought about one thing: coming home. On the day Bull is released from prison, he returns to his old Chicago neighborhood, Lakeview, now unrecognizable. Hopeful and eager, he is ready to resume life with his family, only to discover how much has moved on without him. His dream now within grasp, what will it take to get home?

Paramount Theatre, 23 E. Galena Blvd., is the center for performing arts in Aurora, the second largest city in Illinois. The beautiful, 1,843-seat theater, graced with a strong 1930s Art Deco influence and original Venetian décor, nationally known for its high-quality productions, superb acoustics and historic grandeur, has been downtown Aurora’s anchor attraction since 1931.

After launching its own Broadway Series in 2011, Paramount Theatre grew to be the second largest subscription house in the U.S. Before Covid, more than 41,000 subscribers from all over Chicagoland and the Midwest were enjoying Paramount’s critically acclaimed, 2019-20 Broadway-caliber productions. In addition, Paramount also presents an array of internationally known comedians, musicians, dance troupes and family shows annually.