REVIEW: Almost Heaven: John Denver’s America At Theatre at the Center in Munster, Indiana Through March 22, 2020

ChiIL Live Shows on our radar:
Chicago-area Premiere of
Almost Heaven: John Denver’s America
at Theatre at the Center in Munster

“All my bags are packed. I’m ready to go. I’m standing here outside your door. I hate to wake you up to say good-bye…” Everybody, join in! “I’m leaving on a jet plane. Don’t know when I’ll be back again. Oh, babe, I hate to gooooo.”

My sister and I still sing this sweet yet melancholy tune to each other before a trip. The song, made popular by folk trio Peter, Paul, and Mary, is just one of the delightful  familiar melodies penned by John Denver featured in this show. There are so many moments during this charming musical that elicit a smile and recognition of, ”Oh, yeah! He wrote this one, too! I always liked this song...”

If you are a certain age, you will already be acquainted with “Take Me Home, Country Roads,” “Rocky Mountain High,” “Thank God I’m a Country Boy,” and “Sunshine on My Shoulders.”  The song that made me happiest to hear was the lovely rendition of “Fly Away,” and made me wonder why I don’t listen to more John Denver music. His songs certainly “speak to the human experience.”

Yeah, so he was corny and he “sang with the Muppets,” Denver is ribbed in the very brief storyline. Denver, real name: Deuschendorf, Jr. (worth changing!), had a queaky-clean image that occasionally clashed with Real Life, such as his divorce from the woman who inspired the romantic “Annie’s Song.” (written in ten minutes while John sat on a ski lift in Colorado after the couple had a fight). He had some early controversy from his anti-Vietnam War songs, a couple DUIs, another unsuccessful marriage, and his longtime record label kicked him to the curb, but his fan base remained strong and unwavering. In fact, a lot of the background info stems from fan letters read aloud onstage.

Aside from that, I learned that Denver was personally bummed about not being invited to perform at Woodstock! (can you just imagine “Grandma’s Feather Bed” in the same concert with Jimi Hendrix?? Ok, that song came five years later...and wasn’t all original, but it’s a hilarious image, right??) Otherwise, I feel like I didn’t learn much about the man. That is a fault in the plot---or lack thereof.

My music-loving boyfriend commented, ”I thought it would be more like the ‘Buddy Holly Story’ with more acting. It was like a John Denver cover band.”

That is no fault of the performers. Almost Heaven has a very talented cast of singers who are also accomplished musicians, playing guitars, banjo, and mandolin. Their harmonies are simply beautiful. Sara Geist, Tommy Malouf, Shannon McEldowney, Andrew Mueller, and Steven Romero Schaeffer sang some sections a cappella in arrangements that were completely fresh. The band is onstage, which is always cool to see. Alison Tatum deserves special note as the violinist. Everyone is having a great time. It’s a very fun, upbeat show.

Denver was an environmentalist who loved the natural beauty of our world. He would be very saddened to see how our earth is being mistreated and how many lands are in danger of being unprotected. I would have loved to see what inspiring and warning songs he would have produced today. From “Wild Montana Skies” to the lovely “Calypso,” written as a tribute to Jacques Cousteau, to the final “Yellowstone,” all are reminders of all the endearing songs John Denver still needed to give the world.


Catherine Hellmann loves theater and traveling. She’s been to Colorado, Montana, and West Virginia. She thanks God that she’s a City Girl. 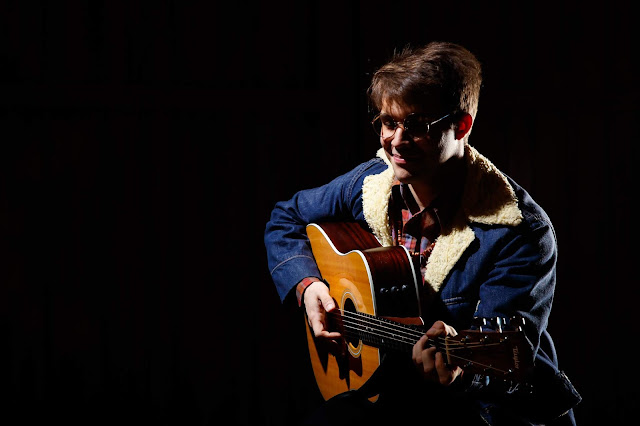 Theatre at the Center Artistic Director Linda Fortunato has cast Shannon McEldowney, Steven Romero Schaeffer, Andrew Mueller, Sara Geist and Tommy Malouf in the musical revue Almost Heaven: John Denver’s America to open its 30th Anniversary Season.   The cast will be joined on stage by musicians William Underwood, Malcolm Ruhl and Alison Tatum.   Fortunato will direct and William Underwood is the Music Director.   Previews begin on February 13 with an Opening Night on February 16 and a continued run through March 22.

According to Variety, “The show pays tribute to an artist who remains great at making people feel good.”

Almost Heaven: John Denver’s America, written and adapted by Peter Glazer and directed by Linda Fortunato, is a musical tribute and intimate celebration of John Denver’s life and career.   From growing up in a military family to his emergence on the 1960s folk scene, the climb to ‘70s superstardom and his later career of the 1980s and 1990s, John Denver’s story is brought to life in this Chicago-area premiere through hits such as “Country Roads,” Rocky Mountain High,” Annie’s Song,” and “Sunshine on My Shoulders.”

Shannon McEldowney returns to TATC after her work swinging in The Pajama Game.   Other credits include Elf and Young Frankenstein at Little Theatre on the Square, Mama Mia at Drury Lane Oakbrook and Disaster at Chicago Theatre Workshop.

Steven Romero Shaeffer returns to TATC after performing in Big River in 2017.   His Chicago credits include roles in Always, Patsy Cline at Firebrand Theatre and Into the Woods at Writer’s Theatre.   He has also toured with Troupe America in Pump Boys and Dinettes.

Andrew Mueller is making his TATC debut.   Other Chicagoland credits include Jesus Christ Superstar at Lyric Opera, Rent at Paramount Theatre, Shakespeare In Love and As You Like It at Chicago Shakespeare, Man of La Mancha at Marriott Theatre and Big River at BoHo Theatre.   Off Broadway roles include Peter and The Starcatcher and Alice By Heart.

Sara Geist, making her debut at TATC, began her professional career at age 12 in The American Girl Revue.   Since then she has performed with Mason Street Warehouse, Emerald City Theatre, Intrinsic Theatre Co., Windy City Performs, Next Theatre and on TV in Chicago Fire.

Tommy Malouf returns to TATC where he last appeared as Johnny Cash in Million Dollar Quartet.   Other Chicago credits include work with Remy Bumppo, The House Theatre of Chicago, Jackalope and Steep.

Founded in 1991, the 410-seat TATC is a year-round professional theater at its home: The Center for Visual and Performing Arts, 1040 Ridge Road in Munster, Indiana.   TATC is an accessible venue with plenty of free parking and is located off I-80/94, just 35 minutes from downtown Chicago.

Posted by Bonnie Kenaz-Mara at 6:22 PM