OPENING: CHICAGO PREMIERE OF TOO HEAVY FOR YOUR POCKET VIA TIMELINE THEATRE APRIL 24 – JUNE 29, 2019

Chicago premiere of Too Heavy for Your Pocket doubles as the Chicago debut of rising young playwright and TV writer Jiréh Breon Holder, recently named one of “Tomorrow’s Marquee Names, Now in the Making” by The New York Times.

Set during the height of the civil rights movement, Too Heavy for Your Pocket is a captivating and complicated tale about the intersection of family, responsibility, and progress. Previously seen at Atlanta’s Alliance Theatre and in an extended Off Broadway run at Roundabout Theatre, Holder’s riveting new play was hailed “an exceptional work, one that will dive-bomb into your head and your heart” (Talkin’ Broadway) and a story “that examines life on both the margins and at the epicenter of historic change” (Stage Left). 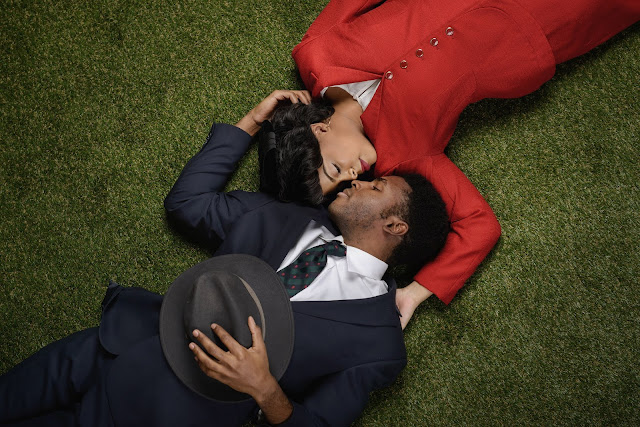 TimeLine Company Member Ron OJ Parson will direct TimeLine’s Chicago debut of Too Heavy for Your Pocket. Named one of Chicago’s most “in demand directors” by Chicago Magazine (February 2019), Parson’s credits at TimeLine include Brett Neveu’s To Catch a Fish, Dominique Morisseau’s Paradise Blue and Sunset Baby, and Lorraine Hansberry’s A Raisin in the Sun. Right before helming TimeLine’s Too Heavy for Your Pocket, Parson is also directing back-to-back productions of August Wilson’s Ma Rainey’s Black Bottom for Writers Theatre and Sweat by Lynn Nottage at Goodman. 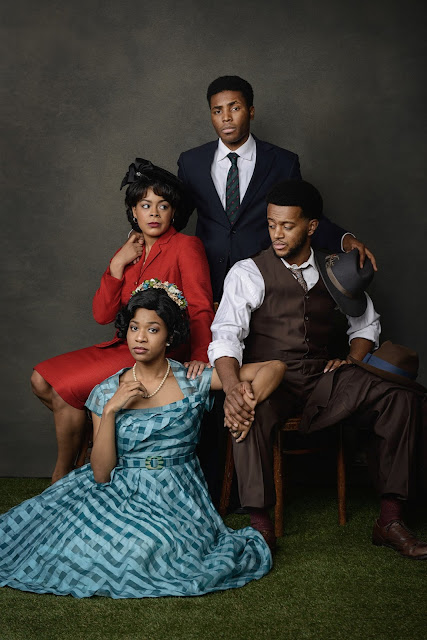 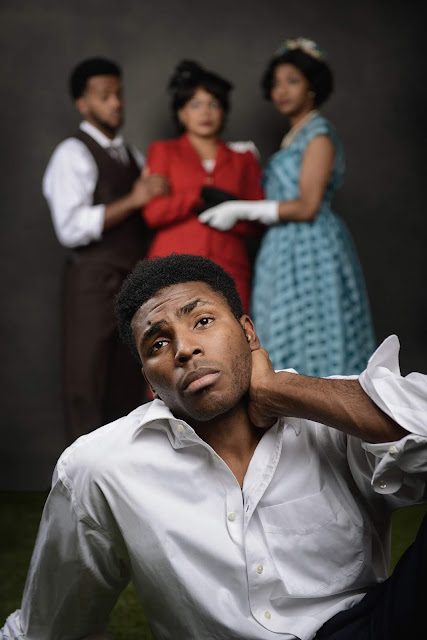 The Too Heavy for Your Pocket cast, all making their TimeLine debuts, features Jalen Gilbert (he/him, playing Bowzie), Ayanna Bria Bakari (she/her, as Evelyn), Jennifer Latimore (she/her, as Sally Mae), and Cage Sebastian Pierre (he/him, as Tony). Gilbert was previously seen in Ma Rainey’s Black Bottom and East Texas Hot Links at Writers Theatre and Mies Julie at Victory Gardens. Bakari recently co-starred in How to Catch Creation at Goodman Theatre. She also has
Both Gilbert and Bakari are graduates of The Theatre School at DePaul University. Latimore was recently seen in The Importance of Being Earnest and as Viola in Twelfth Night Or What You Will at Writers Theatre. Other local credits are Court Theatre’s Harvey and Chicago Shakespeare Theater’s Love’s Labor’s Lost and Macbeth. Pierre also appeared in Macbeth, as well as Gardens, 16th Street Theatre, The New Colony, and in Stage Left’s Jeff-nominated Insurrection: Holding History. performed at Victory Q Brothers Christmas Carol and at Chicago Shakespeare, and A Short Shakes! Romeo and Juliet
Moon for the Misbegotten at Writers Theatre.

Too Heavy for Your Pocket begins previews on April 24. Press Night is Wednesday, May 1 at 7:30 p.m. Opening Night is May 2. Performances run through June 29 at TimeLine Theatre, 615 W. Wellington Ave., Chicago. For tickets and information, visit timelinetheatre.com or call the TimeLine Box Office at (773) 281-8463 x6.

MORE ABOUT TOO HEAVY FOR YOUR POCKET
Too Heavy for Your Pocket “brings the early civil rights movement up close and personal” (Deadline), resulting in a powerful look at the tenuous balance between security and risk, the bonds of love and friendship, and the personal cost of progress. Holder’s story centers on Bowzie Brandon, his wife Evelyn, and their best friends Tony and Sally, who all see happiness on the horizon when Bowzie gets a college scholarship and a chance to improve his family’s life. However, when the opportunity to become a Freedom Rider arises, Bowzie leaves his obligations as a husband and friend behind to join the fight against racism in the Deep South.

Jiréh Breon Holder (Playwright) is currently a writer on NBC's new hit show New Amsterdam. He is an Atlanta-area playwright, director, and dramaturg. His sharp yet funny and often political plays frequently include wild visual metaphors and address the magic of everyday life in the South. From 2016-2019, Holder served as the Playwriting Fellow of the Department of Theater and Creative Writing at Emory University. In 2016, he received his MFA degree in Playwriting from the Yale School of Drama, where he studied with Sarah Ruhl. He is a co-founder of Pyramid Theatre Company in Des Moines, Iowa. From 2012-13, he served as the Kenny Leon Fellow at the Tony Award-winning Alliance Theatre. He graduated cum laude with a BA degree in Theatre from Morehouse College, where he served as the artistic director of Spelman College Playwrights’ Workshop and directed several productions. His play Too Heavy for Your Pocket was the recipient of the Laurents/Hatcher Foundation Award, winner of the Alliance/Kendeda National Graduate Playwriting Competition, and had an extended off-Broadway run at the Roundabout Theatre in 2017. He was a recipient of the 2016 Edgerton Foundation New Play Awards and honored as the Fellowship of Southern Writers' 2017 Bryan Foundation Award for Drama. His other plays have received productions at the Alliance Theatre, the Yale School of Drama and Yale Cabaret. He has also received readings at the Manhattan Theatre Club, the Roundabout Theatre, the Kennedy Center, and the Old Globe Theatre. Holder is under commission with the Old Globe Theatre, the Roundabout Theatre, and the Manhattan Theatre Club. For more, visit jirehbreonholder.com. 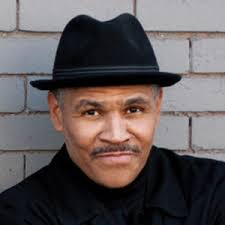 Ron OJ Parson (Director) became a TimeLine Company Member in 2016. His TimeLine credits include acclaimed productions of Brett Neveu’s To Catch a Fish, Dominique Morisseau’s Paradise Blue and Sunset Baby, and Lorraine Hansberry’s A Raisin in the Sun. He is a native of Buffalo, New York, and
a graduate of the University of Michigan’s professional theater program. He is the co-founder and former Artistic Director of Onyx Theatre Ensemble of Chicago and a co-founder and co-director of Ripe ManGo Productions. Parson is a Resident Artist at Court Theatre and an Associate Artist with
Teatro Vista. Since moving to Chicago from New York in 1994, he has worked as both an actor and director. His Chicago credits include work with The Chicago Theatre Company, Victory Gardens, Goodman, Steppenwolf, Chicago Dramatists, Northlight, Court, Black Ensemble Theatre, Congo
Square, Northlight Theatre, Urban Theatre Company, City Lit Theater, ETA Creative Arts, and Writers. Regionally, Ron has directed shows at Studio Arena Theatre, Alliance Theatre, Actors Theatre of Louisville, Milwaukee Repertory, South Coast Repertory, Pasadena Playhouse, Geva
Theatre, Virginia Stage, Roundabout Theatre, Wilshire Theatre, The Mechanic Theatre, CenterStage,

SPONSORS
TimeLine’s Chicago premiere of Too Heavy for Your Pocket is sponsored in part by the Pauls Foundation and the National Endowment for the Arts, with additional support from the Elizabeth F. Cheney Foundation.

DISCUSSION & ACCESSIBILITY EVENTS:
Post-Show Discussions: A brief, informal post-show discussion hosted by a TimeLine Company Member and featuring the production dramaturg and members of the cast on Wednesday, May 8; Thursday, May 16; Wednesday, May 22; Thursday, May 30; Wednesday, June 5; and Sunday, June 23.
Pre-Show Discussions: Starting one hour before these performances, a 25-minute introductory conversation hosted by a TimeLine Company Member and the production dramaturg on Sunday, June 9, and Thursday, June 13.
Company Member Discussion: A post-show discussion with the collaborative team of artists who choose TimeLine’s programming and guide the company’s mission on Sunday, May 19.

Captioned Performance: An open-captioned performance with a text display of words and sounds heard during the performance on Saturday, June 1 at 4 p.m.
Sunday Scholars Panel Discussion: A one-hour post-show discussion featuring experts on the themes and issues of the play on Sunday, June 2.
All discussions are free and open to the public. For further details about all planned discussions and events, visit timelinetheatre.com.

BUYING TICKETS
Single tickets to Too Heavy for Your Pocket are now on sale. Preview tickets are $25. Single tickets to regular performances are $40 (Wednesday through Friday), $49 (Saturday evenings) and $54 (Saturday and Sunday matinees). Student discount is 35% off regular price with valid ID. TimeLine is also a member of TCG’s Blue Star Theatre Program and is offering $25 tickets to U.S. military personnel, veterans, first responders, and their spouses and family.
Discounted rates for groups of 10 or more are available. Ticket buyers age 18-35 may join TimeLine’s free MyLine program to obtain access to discounted tickets, special events and more. Visit timelinetheatre.com/discounts for more about Blue Star, MyLine and other available discounts.

To purchase a FlexPass, single tickets or for more information, visit timelinetheatre.com or call the Box Office at (773) 281-8463 x6.
St. Louis Black Repertory, Pittsburgh Public Theater, Pittsburgh Playwrights Theatre, Signature Theatre, and Portland Stage, among others. In Canada, he directed the world premiere of Palmer Park by Joanna McClelland Glass at the Stratford Festival. He is a member of AEA, SAG-AFTRA, and
SDC. For further information, visit ronojparson.com.

LOCATION/TRANSPORTATION/PARKING
Too Heavy for Your Pocket will take place at TimeLine Theatre, 615 W. Wellington Ave., in Chicago’s Lakeview neighborhood, near the corner of Wellington and Broadway, inside the Wellington Avenue United Church of Christ building. TimeLine is served by multiple CTA trains and buses. TimeLine offers discounted parking at the Laz parking garage at Broadway Center ($8 with validation; 2846 N. Broadway, at Surf) or the Century Mall ($9 with validation; 2836 N. Clark), with other paid parking options nearby, plus limited free and metered street parking.

ALSO AT TIMELINE
Currently on stage at TimeLine Theatre, through March 17, is the Chicago premiere of Cardboard Piano, Hansol Jung’s powerful story of faith, love, and the human capacity for forgiveness set amidst violent conflict in northern Uganda, directed by TimeLine Company Member Mechelle Moe.
Newcity hailed Cardboard Piano as “a delicate and priceless work of theater ... the first ‘Must-See’ show of 2019.” For tickets and information, visit timelinetheatre.com.

Three other productions of TimeLine’s 2019-2020 season, to be performed at the company’s home at 615 W. Wellington Avenue in Chicago, are still to be announced. The best way to secure seats to Oslo is to purchase a 2019-2020 TimeLine FlexPass Subscription. Four different tiers of 4-Admission FlexPasses, priced from $97 - $235, are now on sale. For more information and to purchase a TimeLine FlexPass Subscription, call (773) 281-8463 x6 or visit timelinetheatre.com.

2019 YEAR OF CHICAGO THEATRE
TimeLine Theatre Company is proud to be part of the 2019 Year of Chicago Theatre, presented by the City of Chicago and the League of Chicago Theatres. To truly fall in love with Chicago, you must go to our theatres. This is where the city bares its fearless soul. Home to a community of creators, risk-takers, and big hearts, Chicago theatre is a hotbed for exciting new work and hundreds of world premieres every year. From Broadway musicals to storefront plays and improv, there’s always a seat waiting for you at one of our 200+ theatres. Learn more at chicagoplays.com/year-of-chicago-theatre/. 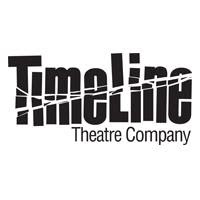 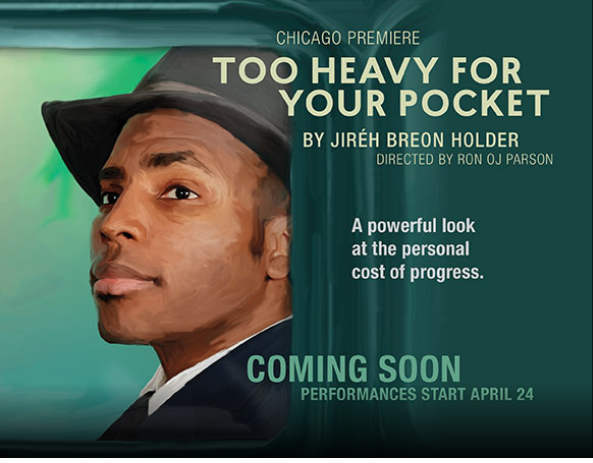