Here at ChiIL Live Shows, we've long been big fans of Gift Theatre's little space. They're outliers from all the cities various theatre districts, but well worth the trek to Jefferson Park on Chicago's northwest side. They've made a go of it for 17 seasons, with intimate, excellent, and award winning productions. Gift often likes to play vertically with multilayered shows, physically and mentally. We're eager to catch their take on Hamlet.

The Gift Theatre is pleased to announce casting for William Shakespeare’s HAMLET, directed by guest artist Monty Cole. The Gift’s production of the Bard’s great tragedy will crack open the mind of one of western drama's most fascinating and complex characters. 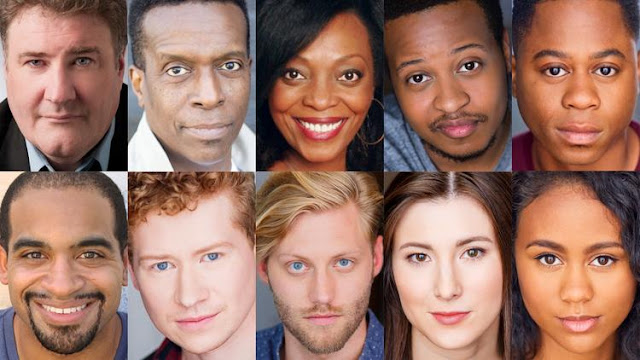 HAMLET will play June 1 – July 29, 2018 at 4802 N. Milwaukee Ave. in Chicago’s Jefferson Park neighborhood. Single tickets and season subscriptions are currently available by calling the Gift’s box office at 773-283-7071 or visiting thegifttheatre.org. The press opening is Thursday, June 7 at 7:30 pm

After the death of his dad, a young black man named Hamlet returns home to grieve and seek revenge. Fighting against the injustice of his father's murder and the powers that want him out of the picture, Hamlet quickly loses power and sanity.

Director Monty Cole comments, “Over the last year, this script has only become more personal to me and my production team. What makes this Hamlet unique isn’t necessarily “a new spin” from me but rather a process of personalization from incredibly respected Chicago artists working to make this 400 year old story feel prescient.”

Artistic Director Michael Patrick Thornton adds, “Experiencing Shakespeare at The Gift is electrifying. In our intimate space, we can deliver performances that mirror Hamlet’s advice to the players: stripped-down, clear, lyrical, and conversational. To be mere feet away from Hamlet’s heartache and blazing mind would be gift enough; with the colossal talents of these artists, our HAMLET will be one for the ages.”

About the Director
Monty Cole is a director based in Chicago and Los Angeles. Cole has directed for The Goodman Theatre, Victory Gardens Theater, American Theatre Company, Definition Theater Company/ALTA, The House Theatre of Chicago, the Chicago Theater Marathon, California Institute of the Arts and others. Cole directed the critically acclaimed and Jeff Award winning production of The Hairy Ape for Oracle Productions. Monty is working with collaborator and choreographer Breon Arzell on revitalizing In Dahomey, the first black written and performed Broadway musical from 1903 for the Center for New Performance. Recently, he directed Kiss by Guillermo Calderon at the California Institute of the Arts where he is currently an MFA2 Directing candidate.

Posted by Bonnie Kenaz-Mara at 2:10 PM