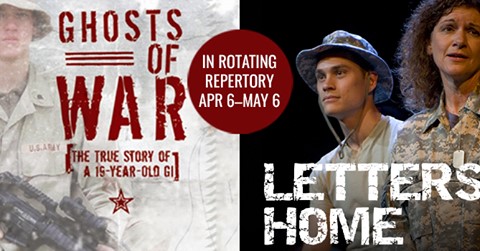 Presented in Rotating Repertory with the 10th anniversary of Letters Home
Through May 6, 2018 at The Den Theatre 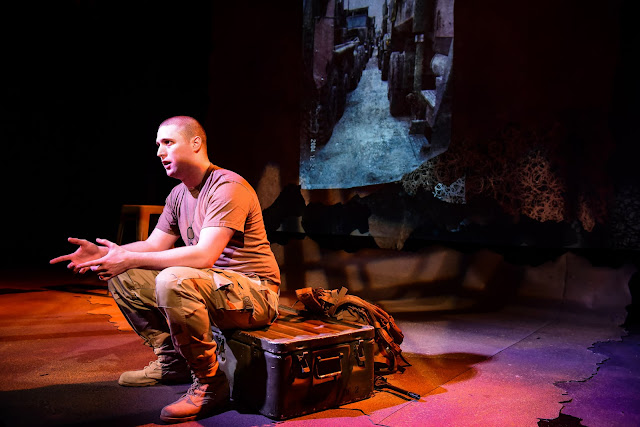 Review:
It was my great pleasure to see GHOSTS OF WAR and LETTERS HOME. They make a powerful pairing of productions and we highly recommend catching both shows. These works are thought provoking, multilayered, nuanced looks at the human side of war. Kudos to Griffin for providing the platform for this message in an era of fake news, polarizing views, and a daunting barrage of rhetoric. 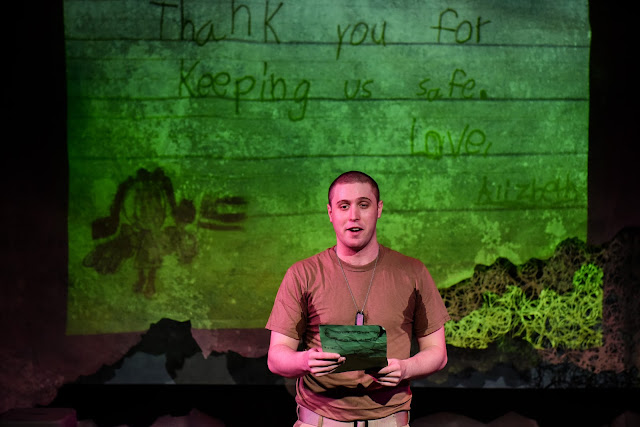 Sam Krey does an excellent job as Ryan Smithson, keeping the audience in a state of rapt attention for the duration of this one man show. The set design is sparse but effective, featuring a screen with a tattered, jagged bottom as a backdrop. Griffin Theatre makes stellar use of multimedia to showcase everything from letters from children to scenes of war torn landscapes.

I was half expecting a highly politicized piece either for or against war, but was pleasantly surprised that Ghosts of War is refreshingly apolitical. This is a psychological exploration of the effects of patriotism and combat before, during and after war, and the stage is the perfect outlet for this. It's a powerful thing to push bias aside and just listen to an intimate, first person account. This is a tale of idealism, altruism, loss, and one young man's journey into manhood via armed conflict. This show is an "everyman tale" and the protagonist even refers to himself as GI Joe Schmoe. Unlike movies featuring heroes and great battles, this show is the quiet recount of the millions who perform quiet acts of compassion or regrettable acts of sanctioned violence. It's the tale of young man boys who enlist for ideals, money, or adventure, coming to grips with their own mortality and morality.

In this pairing of productions Griffin Theatre has given audiences a powerful gift and a unique experience that can open hearts and mind and bridge polarizing politics.

Presented in Rotating Repertory
April 7 – May 6, 2018 at The Den Theatre


The Chicago premiere of GHOSTS OF WAR details a young soldier’s tour of duty in Iraq following 9/11, based on Ryan Smithson’s best-selling autobiographical novel, adapted for the stage by Artistic Director Bill Massolia (In To America) and directed by Jason Gerace (Great Expectations, Last Train to Nibroc). Celebrating its 10th anniversary, Griffin’s LETTERS HOME puts the wars in Afghanistan and Iraq front and center by bringing to life actual letters written by soldiers serving in the Middle East. Written and directed by Bill Massolia, the critically acclaimed production returns home to Chicago after touring the U.S. for more than a decade.

Ryan Smithson joined the Army Reserve when he was seventeen. Two years later, he was deployed to Iraq as an Army engineer. In this extraordinary and harrowing adaptation, GHOSTS OF WAR follows one GI’s tour of duty inside a world that few understand. Based on Smithson’s best-selling novel, this unforgettable story about combat, friendship, fear and a soldier’s commitment to his country peels back the curtain on the realities of war.

Celebrating its 10th anniversary, Griffin Theatre’s critically lauded production of LETTERS HOME puts the soldier experience in Iraq and Afghanistan front and center by bringing to life war letters written home. Seen by more than 100,000 people in more than 100 cities since its first performance in 2007, the Griffin is proud to have this production come home for Chicago audiences to experience once again. 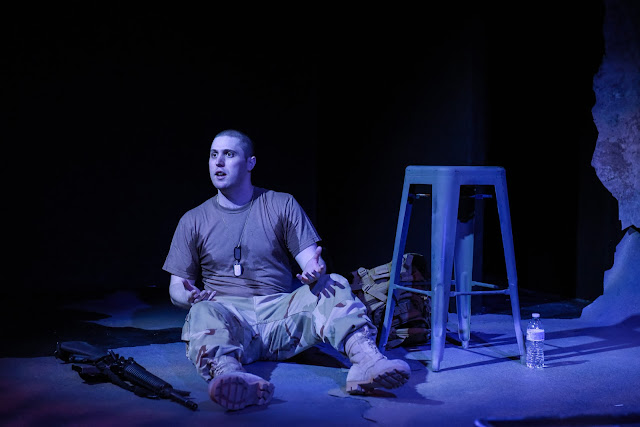 About the Artists
Jason Gerace (Director, Ghosts of War) is a freelance director in Chicago, and is so thrilled to be directing for Griffin Theatre for the first time. He was the recipient of the 2014 Non-Equity Jeff Award in Outstanding Direction for Great Expectations with Strawdog Theatre Company, which broke box office records, was twice remounted, and led to the adaptation’s first publication. His production of Last Train to Nibroc for Haven Theatre was hailed as “an exquisitely acted and generally gorgeous little show” by the Chicago Tribune. Regional directing credits include the world premiere of Gabe McKinley's The Source (Route 66 Theatre), the Chicago Premiere of Yussef El Guindi’s Threesome (Other Theatre), Wrecks (with John Judd; Chicago), Who’s Afraid of Virginia Woolf? and Opus (RedTwist Theatre, Chicago). Jason originally hails from Anchorage, Alaska and holds an MFA in Directing from The University of Oklahoma. He is an associate member of SDC, and has been Artistic Associate of American Theater Company since 2008.

William Massolia (Adapter, Ghosts of War & Playwright/Director, Letters Home) is a founding member of the Griffin Theatre Company. He is the author of over 30 plays and adaptations including, Be More Chill, Little Brother, Stardust, Loving Little Egypt, Shakespeare’s Dog, Ghosts of War, and most recently In to America. His play Letters Home is celebrating its 10th Anniversary touring the U.S. and his children’s play, Frindle has been presented in more than 70 U.S. cities since 2009. Massolia is a seven-time Joseph Jefferson Award nominee for his work as a playwright. A graduate of Southern Illinois University, Mr. Massolia is a past member of the League of Chicago Theatres Board of Directors, a recipient of an IAC Playwriting Fellowship Award and the theatre advisory panel for the Illinois Arts Council. 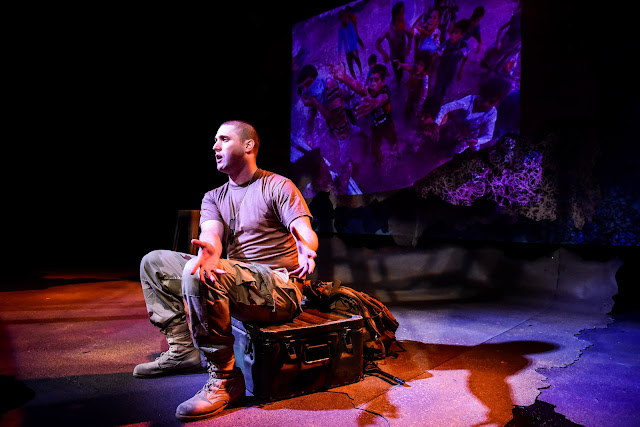 The Griffin Theatre Company is the recipient of 115 Joseph Jefferson Award nominations for theater excellence in Chicago. The Griffin was the repeat winner of the 2016 Jeff Award for “Best Production of a Play” for London Wall having won the same award in 2015 for its production of Men Should Weep.

The Griffin Theatre Company is partially supported by the Illinois Arts Council, a state agency.