OPENING: GRACE Via The Interrobang Theatre Project at The Athenaeum Theatre 5/4-6/3/18 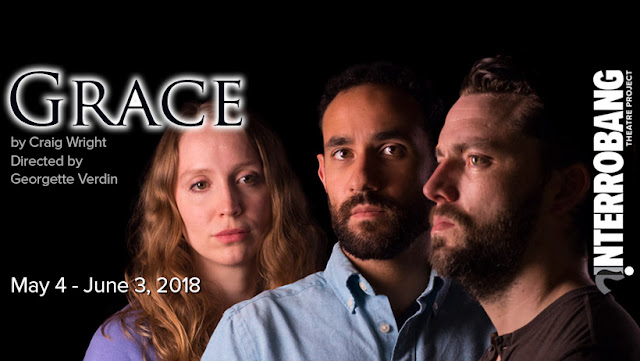 ChiIL Live Shows will be ChiILin' with Chi, IL's Interrobang Theatre Project for the press opening on May 7, so check back shortly for my full review.

Interrobang Theatre Project is pleased to conclude its 2017-18 Season, exploring the urgent question “What is Truth?,” with a revival of Craig Wright's darkly funny and deadly serious Broadway hit GRACE, directed by Co-Artistic Director Georgette Verdin. GRACE will play May 4 – June 3, 2018 at The Athenaeum Theatre (Studio 2), 2936 N. Southport Ave. in Chicago. Tickets are currently available at www.interrobangtheatre.org, by calling (773) 935-6875 or in person at The Athenaeum Theatre Box Office.

Steve and Sarah have a plan. With nothing more than a little start-up cash and a lot of faith, the couple picks up from their Minnesota home to start a new life in sunny Florida, opening a chain of evangelically-themed motels to spread the good Word while reaping some divine financial benefits. Meanwhile, their new neighbor Sam is in an existential quandary of his own: recently widowed and badly injured, he's faithless, bitter and hardly in the mood for new friends, sent by God or otherwise. As their lives become entwined, and their destinies made clear, all three will come to question their own beliefs and fears.

About the Artists:
Craig Wright (Director) is the author of Mistakes Were Made, which played at A Red Orchid Theatre, Hartford Stage, and the Barrow Street Theater; Blind, which played at Rattlestick Playwrights Theatre; The Gray Sisters, which played at Third Rail Rep; The Unseen, which was produced at Actors Theater of Louisville and Stages Rep with Lady, which was commissioned by and received its world premiere from the Northlight Theatre, and was subsequently produced at Rattlestick and around the country; Grace, which premiered at Woolly Mammoth Theatre Company (nominated for the Helen Hayes Award for Outstanding New Play); Recent Tragic Events, which debuted at Woolly and was produced at Playwrights Horizons (finalist for the American Theatre Critics New Play Award and the Helen Hayes Charles MacArthur Award for Outstanding New Play); Melissa Arctic, a contemporary adaptation of The Winter’s Tale, which premiered at the Folger Theatre (2005 Helen Hayes Award for Outstanding New Play) and was done at Two River Theater; Main Street, commissioned and premiered by the Great American History Theatre; Orange Flower Water, produced at Steppenwolf (Chicago Sun-Times named it one of the Best of the Year); Molly’s Delicious, which debuted at the Arden Theatre (Barrymore nomination for Best New Play) and played at Arizona Theatre Company; The Pavilion, which had dozens of productions around the country, including an extended run at Rattlestick Playwrights Theatre (Drama Desk nomination for Outstanding New Play). Mr. Wright received an Emmy nomination for an episode he wrote of Six Feet Under. He also wrote for Twilight, and served as writer and producer for Lost, Brothers & Sisters, United States of Tara, and his own series on ABC Dirty Sexy Money. A graduate of United Theological Seminary, Mr. Wright lives in Los Angeles and New York.

Georgette Verdin (Director) is Co-Artistic Director of Interrobang Theatre Project, as well as a freelance director, arts educator and arts integration specialist. She was the founding theatre teacher at Polaris Charter Academy, an Expeditionary Learning School in West Humboldt Park where she taught full time for eight years, in addition to teaching speech at the collegiate level. Her recent Interrobang credits include the 2013 Yale Drama Series Winner Still by Jen Silverman, Recent Tragic Events also by Craig Wright (Jeff Recommended) and Katrina: Mother-In-Law of ‘Em All by Rob Florence. Last spring she directed Time Stands Still (Jeff Recommended) for Aston Rep and will be returning to direct Talk to Me Like the Rain and Let Me Listen as part of their Four by Tenn short play festival honoring Tennessee Williams. Other upcoming projects include assistant directing Lookingglass’ production of 20,000 Leagues Under the Sea. Georgette holds a Bachelor's in Theatre Performance from McNeese State University and a Master's in Directing from Roosevelt University. 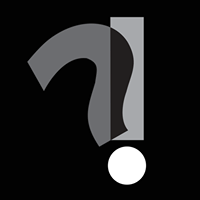 About Interrobang Theatre Project
Now in its eighth season, Interrobang Theatre Project, under the artistic leadership of Georgette Verdin and James Yost, has been hailed by the Chicago Tribune as a “company to watch” and by Time Out Chicago as “one of Chicago’s most promising young theatre companies.” Chris Jones called Foxfinder, which kicked off Interrobang’s 2017-18 season, “...a ripping good yarn,” earning it 3.5 stars in the Chicago Tribune. Season seven earned seven non-Equity Jeff Nominations, including Best Director, Production of a Play, Solo Performance and acting nominations for Lead Actor, Actress and Actor in a Supporting Role. Productions have included the world premiere of Calamity West’s Ibsen is Dead (Jeff Recommended), and the Jeff Recommended The Pitchfork Disney, Orange Flower Water, Recent Tragic Events, The Amish Project, The North Pool and Falling. Director James Yost’s critically-acclaimed Really Really was one of six shows chosen for Chicago Tribune’s “Best of 2015 in Chicago Fringe Theater.”