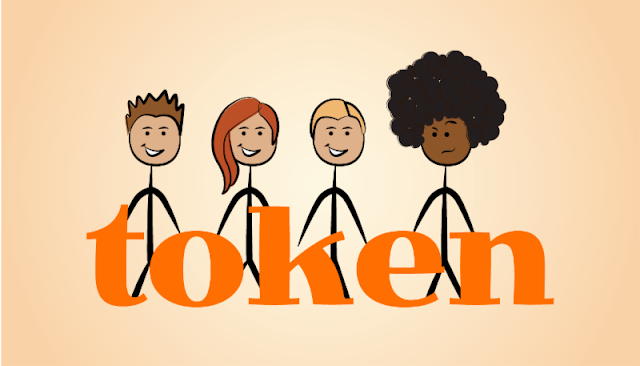 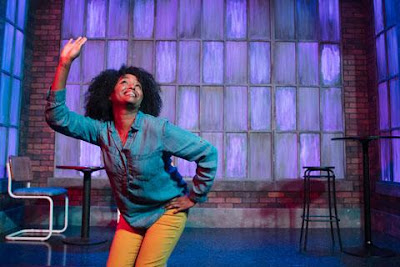 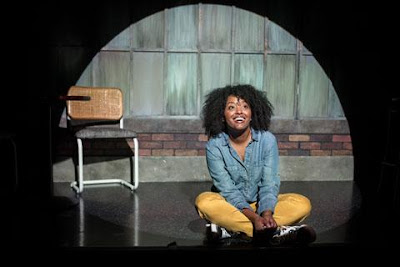 Token returns to The Second City Training Center after enjoying a sold-out run in its Judy’s Beat Lounge in May-June 2017 and touring to UCB Los Angeles, the Out of Bounds Comedy Festival in Austin, Texas, and United Solo Theatre Festival in New York City in August.

In Token, Winks shares her hilarious and often cringe worthy adventures in being that lone black person in a world of white. Through her colorful portrayals of family, friends, strangers and foes, Winks offers a satiric look at what it’s like to be the token black person. But white people aren’t her only target. Winks also casts a smart, funny and sometimes sobering lens on class clashes within the black community. 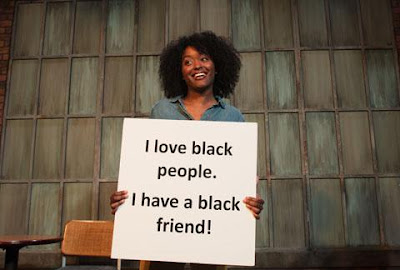 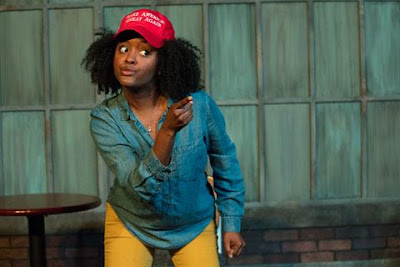 Token, directed by Schoen Smith, will be presented in The Blackout Cabaret at the Second City Training Center, 230 W. North Ave., 2nd floor, Chicago. Tickets are $13. For tickets and information, visit secondcity.com or call (312) 337-3992. 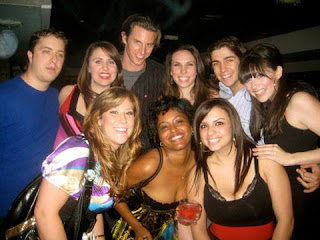 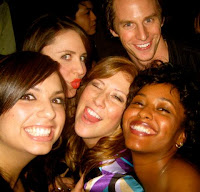 Actual moments when Kaye Winks was the token black.


More about Token
“Token is unapologetically un-PC, but it’s fair in its political incorrectness because I pick on everyone equally,” says Winks. “The show actually brings people together by ‘telling it like it is.’”

The performance will be followed by a Q&A with Winks hosted by Erica Mann Ramis, wife of the late Second City alum and Hollywood icon Harold Ramis, and director Schoen Smith, facilitated by diversity trainer Jim Lew. The Q&A will serve as a town-hall type discussion of the show. Ramis attended a performance of Token in June and was inspired to get involved in hosting a dialogue with the audience.

Don’t miss Winks’ hilarious and relevant 60-minute takedown of the race discussion through the voices and stories of 30 characters we’ve all met at some point in our lives, followed by a lively Q&A. 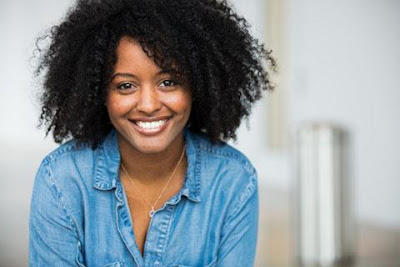 Kaye Winks has been a token black since the day she was born in Midwestern suburbia to black Republicans. Today she is a stage and screen actress, writer, part-time funny person and full-time cat person. Winks trained at the Moscow Art Theater’s Stanislavsky School in association with the American Repertory Theater and Harvard University. Her improv training was at The Second City Chicago. She also studied physical comedy and clown with world-renowned French master teacher, Philippe Gaulier. She has been featured in national commercial and print campaigns for Honda, Sony and Hot Pockets among others. She has recently returned to Chicago following a six-year stint in LA.

Schoen Smith (director) is an actress, writer, producer and director. In May/June 2017, she directed a sold-out, month long run of Token at The Second City Chicago. She also premiered her original spoken word piece Hands Up at Collaboraction's 2016 PEACEBOOK Festival. Before moving to Chicago, she was Producing Director for DOMA Theatre Company in Los Angeles, and also produced the hit play Elevator in the inaugural Hollywood Fringe Festival. She is a co-producer on the award-winning documentary about homeless youth, American Street Kid, which won Best Social Impact Film at the Hollywood Film Festival and People's Choice Award and Power in Film Award at The Beloit International Film Festival this year. She is the former Director of Development for Collaboraction and the VP of Development for Venture Hill Entertainment, LLC.

Erica Mann Ramis (presenter), a writer, producer and philanthropist, was born in Los Angeles, CA and moved to Chicago over 20 years ago with her late husband, Harold Ramis, and their two children, Julian and Daniel. Erica currently serves as an active member of the Advisory Board for The Harold Ramis Film School, and was recently a featured artist in Chicago's PEACEBOOK Festival, for which a scene from her first play, Quiet Time, was produced at the Goodman Theatre. Erica co-produced, Joffrey - Mavericks of American Dance, a documentary about the Joffrey Ballet in 2012, and is currently collaborating on a yet-to-be titled film project about her late husband. Erica enjoys books, music, movies, meditation, and spending time with friends and family. She is an advocate for education, social justice and women's rights around the world.

Jim Lew (Q&A facilitator) has training experience that goes back years to his work with educational organizations and business since 1982. Currently his work in the important field of Diversity Awareness Training fills most of his time. Jim's background as an Asian-American, raised in the heartland of the Texas panhandle and later, Kansas, his experience learning to succeed socially to become president of his student-body at Grinnell College, his work in the public housing projects of Chicago and with the Indians of Pine Ridge Reservation in South Dakota all contribute to an ability not only to empathize with the experience of people of every cultural group, but also to help build the bridges that can lead to real growth and acceptance among a whole workforce.