OPENING: World Premiere of PUNK Via The New Colony at The Den Theatre 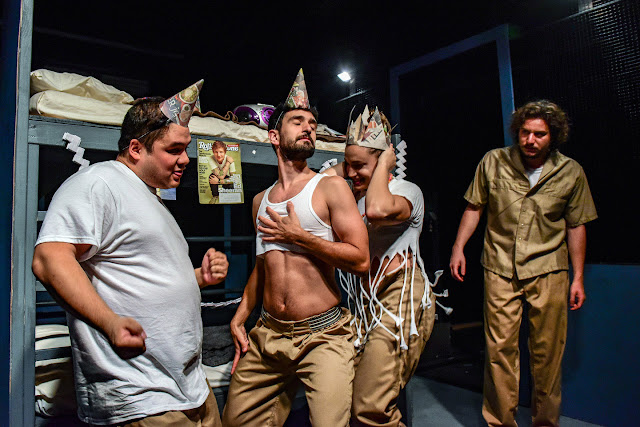 Tonight, ChiIL Live Shows will be ChiILin' at The Den with The New Colony for the press opening of prison drama, PUNK. We're looking forward to this world premiere and the thought provoking premise. Check back soon for our full review.

Set in a maximum-security prison in present day America, Punk is the story of a group of inmates who are protected and housed in a special unit for gay, bisexual and transgender inmates. Tensions rise when Travis, a young man sentenced to life in prison for the murder of a gay man, requests to transfer into the unit. Fear and suspicion hover over the inmates who call this unit home. 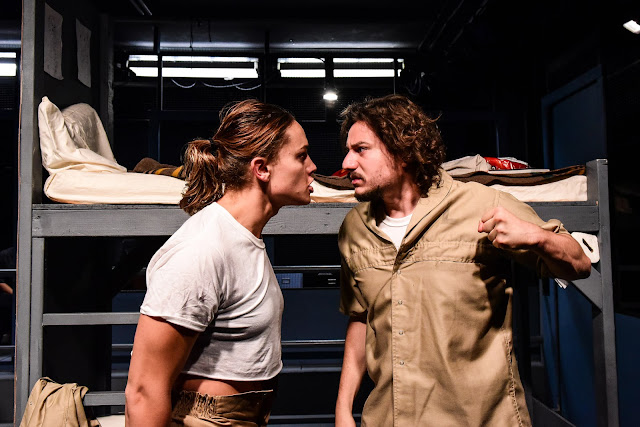 Michael Allen Harris (Playwright) As a playwright, Michael has collaborated with Chicago theatre companies such as Broken Nose Theatre, Jackalope Theatre, Arc Theatre, Stage 773, Fine Print Theatre, Chicago Home Theater Festival and The New Colony. His play, Rocky Road, received its world premiere at the New Studio Theatre of Columbia College Chicago in March of 2013. It was the first production featured in the Main Stage season that was authored by an alumnus. His play, The Velvet Tabernacle, was featured in a development series on behalf of Fine Print Theatre. His most recent play, Kingdom, is currently involved in a season-long development on behalf of Broken Nose Theatre and received its first stage reading at Victory Gardens Richard Christiansen Theater. In February 2016, he was part of The New Colony’s Writer’s Room and completed the first draft of his full-length play Ascension. His short plays include: House of Samurai, They Let Him Bleed, Project Agatha and The Woman Who Stared into the Eyes of The Red Horseman. As an actor, Michael worked with Adventure Stage, Eclipse Theatre, Gift Theatre, Teatro Vista, The-Massive, Stone Soup Theatre Project, Infusion Theatre, Broken Nose Theatre and Cold Basement Dramatics. He was nominated for a BTAA for his performance as Fortune in Eclipse Theatre’s Jeff-nominated production of Ruined. He is a proud ensemble member of Eclipse Theatre Company and proudly represented by Lily’s Talent.

Katrina Dion (Co-Director) works as a director and teaching artist in Chicago. At Free Street Theater (FST), Katrina acts as the Operations and Youth Program Manager. In this position, she leads the high school ensemble in a conservatory level year long critical thinking and creation process focusing on issues affecting Chicago youth while managing the companies grants and financials. Katrina is also on staff with Albany Park Theater Project (APTP) as their lead academic tutor. Last year, Katrina had the pleasure of working with APTP on Learning Curve as a Production Assistant. Most recently, she directed Los Milagros/The Miracles Project, Checkmate and The Americans at FST; co-directed Cycle 3 of Every 28 Hours at The Goodman Theater along with Coya Paz; Zipped and Pelted at the Chicago Fringe Festival; and Convention or The Winos with The Wulfden. She has had the pleasure of assisting directors such as Bonnie Metzgar, Coya Paz and Krissy Vanderwarker. Katrina received her BFA in Theatre Arts with a concentration in directing with a minor in Mathematics from DePaul University.


The New Colony develops NEW ART and NEW ARTISTS in order to educate and build NEW AUDIENCES. Founded in 2008, The New Colony has established itself as “one of Chicago’s essential off-Loop companies” (Chicago Tribune) having developed and produced over 25 world-premiere plays and musicals garnering four Joseph Jefferson Awards, the 2011 Broadway in Chicago Emerging Theatre Award, and Best Overall Production at the 2012 New York International Fringe Festival. The New Colony is a resident company of The Den Theatre located in Wicker Park.
Posted by Bonnie Kenaz-Mara at 7:30 AM