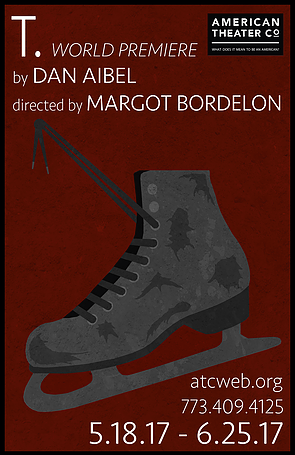 We'll be out on the 22nd for the press preview, so check back then for our full review. American Theater Company is one of our favorite Chicago storefronts and they've been pushing the boundaries this season with energetic, edgy productions, as they explore the question, "What does it mean to be an American?" We can't wait to catch the world premiere of T. 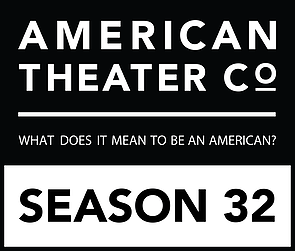 “Ice Follies” read the cover of Time Magazine on January 24, 1994, after ice skating medalist favorite Nancy Kerrigan was struck in the leg with a police baton by Shane Stant. In his darkly funny and unrelenting play, Dan Aibel explores the lengths one will go to for fame. Margot Bordelon returns to Chicago to direct this world premiere play named for Tonya Harding, the first woman ever to complete a triple axel jump in competition. Nancy Kerrigan never saw her coming.

“I have always loved Margot's work, I think she has an incredible eye for detail and a brilliant storytelling style,” says ATC Artistic Director Will Davis. “It's a pleasure to have her back in Chicago for this very new play, and I'm thrilled for audiences to see her bring those skills to this rich and complex text.”

Guy Massey’s (Al) Chicago credits include the 2013 and 2014 productions of Smokefall as well as Blue Skies Process at the Goodman Theater, Failure:  A Love Story at Victory Gardens Theater, Tigers Be Still at Theater Wit, Of Mice and Men at Steppenwolf for Young Adults, Louis Slotin Sonata at A Red Orchid Theatre, These Shining Lives at Rivendell Theatre Ensemble, Jon with Collaboraction and The Strangerer with Theater Oobleck. He also appeared in Death of a Salesman at Milwaukee Repertory Theater.

Leah Raidt (T.) returns to American Theatre Company after columbinus 2.0 directed by PJ Paparelli. Credits include The Flick (Rose u/s) at Steppenwolf Theatre, Punk Rock and national tours of Letters Home with Griffin Theatre, among work with Chicago Shakespeare Theatre, Pavement Group, The Blind Owl, Jackalope Theatre, and Emerald City Children's Theatre. Leah holds a BFA from The Theatre School at DePaul University, and is a graduate of The School at Steppenwolf.

Tyler Ravelson (Jeff) is an ensemble member at American Theater Company. At ATC: It's a Wonderful Life: The Radio Play, The Original Grease, RENT, columbinus, and Sons Of The Prophet. In Chicago: Sweet Bird of Youth at The Goodman Theatre, Girls Vs. Boys and The Nutcracker at The House Theater, The Hundred Dresses at Chicago Children's Theater, How To Succeed In Business Without Really Trying at Porchlight Music Theater, The Pajama Game at The Music Theater Company, and Talk Radio at State Theater Chicago.

Kelli Simpkins (Joanne) is a company member of Tectonic Theater Project and is one of the original creator/performers of The Laramie Project--Off-B’Way, Denver Center, Berkeley Rep., LaJolla Playhouse. Theater credits: Spill at EST in NYC and Timeline Theater; Men on Boats at ATC; The Secretaries at About Face Theater; Cocked at Victory Gardens; Teddy Ferrara at Goodman; The Kid Thing at About Face; Pony at About Face; In Darfur at Timeline; Late: A Cowbow Song at Piven; The Laramie Tour: TLP & TLP Epilogue, Celebrity Row at ATC; Fair Use, Good Boys and True and One Arm all at Steppenwolf Theatre; Execution of Justice at About Face; The People’s Temple at The Guthrie, Perseverance and Berkeley Rep.; I Think I Like Girls at LaJolla and Cherry Lane.

Nate Whelden (Shawn) was last seen in the world premiere of Carlyle at the Goodman Theatre, where he returned after performing in the New Stages workshop production the year before. Whelden is an ensemble member at Sideshow Theatre Company where he runs the new work development program The Freshness Initiative, and where his acting credits include Stupid Fucking Bird, Antigonick, Maria/Stuart, The Ugly One, and Strangerland (Chicago Fringe Festival).  Other Chicago credits include Pinkolandia (16th Street Theater), The Peacock (Jackalope Theatre Company), Common Hatred (The Ruckus at Rhino Fest) and the video performance piece Space Pursues Them (Live to Tape Festival).

Dan Aibel's plays have been developed and/or produced by the Detroit Rep, the Sundance Institute, Syracuse Stage, the Blank Theater (Los Angeles), Flashpoint Theatre Co. (Philadelphia), the Source Theatre (Washington, D.C.) and Outsider's Inn Collective (Seattle). In New York he has worked with Page 73, Rattlestick and The New Group. His play The Meaning of Lunch was seen in Chicago at Stage Left as part of Leapfest 7. A 2014 Sundance Theatre Lab fellow, Dan's plays have been published by Smith & Kraus and Playscripts. He lives in New York.

Margot Bordelon is a New York based director who specializes in new work. Recent projects include Too Heavy For Your Pocket by Jiréh Breon Holder at the Alliance, The Pen by Julianne Wick Davis and Dan Collins for Premieres NYC (NYT's Critic's pick), peerless by Jiehae Park at Marin Theatre Company and Yale Rep, A Delicate Ship by Anna Ziegler for The Playwrights Realm (NYT's Critic's pick), and Okay, Bye by Joshua Conkel at Steppenwolf Theater. In New York, she’s developed new plays with Ars Nova, Atlantic Theatre, The Bushwick Starr, Cherry Lane, Clubbed Thumb, Dodo, Juilliard, The Lark, NYTW, Primary Stages, Rattlestick, Roundabout Underground, SPACE at Ryder Farm, Target Margin, and Theater Masters, among others. She’s developed work with The Wilma Theater, Play Penn, Yale Repertory Theater, Woolly Mammoth, Perry Mansfield, Berkeley Rep Ground Floor, and Portland Center Stage. She is a founding member of Theatre Seven of Chicago, where she conceived and directed We Live Here; Lies & Liars; and Yes, This Really Happened to Me (all with Cassy Sanders). She spent four seasons working at Lookingglass Theatre, where she served as Literary Manager and Company Dramaturg. In Chicago she also worked for Collaboraction, Timeline, Pavement Group, Live Bait, Around the Coyote, Bailiwick, Hell in a Handbag, and Steppenwolf Theatre where she assistant directed for both Tina Landau and Austin Pendleton. She spent three years as a storyteller for 2nd Story, and her autobiographical work has been seen numerous times on the Victory Garden’s stage, including her one-woman show You Are Here.

Posted by Bonnie Kenaz-Mara at 9:47 AM