OPENING: The World Premiere of Man in the Ring at Court Theatre 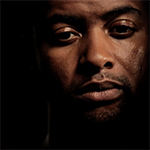 "We have dreamed of Court Theatre being a place where distinguished artists are willing to bring their newest and most daring works,” comments Artistic Director Charles Newell. “We are thrilled to be able to present this world premiere of Man in the Ring, which is inspired by and made possible by true artists, on our stage to open our 62nd season at Court."

Based on the true story of six-time world champion boxer Emile Griffith, Man in the Ring charts Emile’s humble beginnings in the U.S. Virgin Islands to his infamous match against his archrival Benny “Kid” Paret. When Benny challenges Emile's sexual identity, Griffith responds in the ring and leaves a mark that lingers long after their legendary encounter. Man in the Ring is a story of violence, love, and life under the public eye—and one man’s fight to get the world back in his corner.

Man in the Ring is written by playwright Michael Cristofer, who received the Pulitzer Prize for Drama and the Tony Award for Best Play for The Shadow Box in 1977. The play is brought to Court Theatre under the thoughtful direction of Artistic Director Charles Newell. 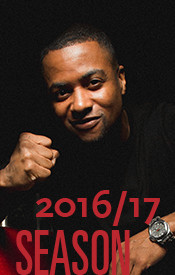 About the Artists
Michael Cristofer (Playwright) was awarded a Pulitzer Prize and an Antoinette Perry “Tony” Award for the Broadway production of his play, The Shadow Box. Other plays include Breaking Up (Primary Stages); Ice (Manhattan Theatre Club); Black Angel (Circle Repertory Company); The Lady and the Clarinet starring Stockard Channing; and Amazing Grace starring Marsha Mason which received the American Theater Critics Award for best American play.

Mr. Cristofer’s film work includes the screenplays for The Shadow Box directed by Paul Newman (Golden Globe Award, Emmy nomination), Falling in Love with Meryl Streep and Robert DeNiro, The Witches of Eastwick with Jack Nicholson, The Bonfire of the Vanities directed by Brian DePalma, Breaking Up starring Russell Crowe and Salma Hayek, Georgia O'Keefe with Joan Allen and Jeremy Irons and Casanova starring Heath Ledger. His directing credits include Gia for HBO Pictures starring Angelina Jolie, Mercedes Ruehl, and Faye Dunaway which was nominated for 5 Emmys and for which he won a Director’s Guild Award. He next directed Body Shots for New Line Cinema and Original Sin starring Angelina Jolie and Antonio Banderas.

As an actor, he has appeared in over a hundred plays including Romeo and Juliet (NY Shakespeare Festival), Trumpery by Peter Parnell,Chinchilla (Obie Award), Three Sisters (Williamstown Theater), Body of Water with Christine Lahti, The Seagull with Joanne Woodward, The Cherry Orchard with Irene Worth (Theater World Award), and the acclaimed Broadway revival of A View from the Bridge with Liev Schreiber and Scarlett Johansson. He was Truxton Spangler in the AMC series Rubicon, he created the role of Gus in Tony Kushner's The Intelligent Homosexual's Guide to Capitalism and Socialism with a Key to the Scriptures at the Public Theater, appeared on the NBC series Smash and American Horror Story, and plays Phillip Price on the USA series Mr. Robot.

Charles Newell (Director/Artistic Director) was awarded the SDCF Zelda Fichandler Award, “which recognizes an outstanding director or choreographer who is transforming the regional arts landscape through singular creativity and artistry in theatre.” Charlie has been Artistic Director of Court Theatre since 1994, where he has directed over 50 productions. He made his Chicago directorial debut in 1993 with The Triumph of Love, which won the Joseph Jefferson Award for Best Production. Charlie’s productions of Man of La Mancha and Caroline, or Change have also won Best Production Jeffs. Other directorial highlights at Court include Satchmo at the Waldorf, Agamemnon, The Secret Garden, Iphigenia in Aulis, The Misanthrope, Tartuffe, Proof, Angels in America, An Iliad, Porgy and Bess, Three Tall Women, Titus Andronicus, Arcadia, Uncle Vanya, Raisin, The Glass Menagerie, Travesties, Who’s Afraid of Virginia Woolf?, The Invention of Love, and Hamlet. Charlie has also directed at Goodman Theatre (Rock ‘n’ Roll), Guthrie Theater (The History Cycle, Cymbeline), Arena Stage, John Houseman’s The Acting Company (Staff Repertory Director), the California and Alabama Shakespeare Festivals, Juilliard, and New York University. He has served on the Board of TCG, as well as on several panels for the NEA. Opera directing credits include Marc Blitzstein’s Regina (Lyric Opera of Chicago), Rigoletto (Opera Theatre of St. Louis), Don Giovanni and The Jewel Box (Chicago Opera Theater), and Carousel (Glimmerglass Festival). Charlie was the recipient of the 1992 TCG Alan Schneider Director Award, and has been nominated for 16 Joseph Jefferson Director Awards, winning four times. In 2012, Charlie was honored by the League of Chicago Theatres with its Artistic Achievement Award.

Melanie A. Brezill (Sadie/Lucia/Ensemble) returns to Court Theatre. Other Court Theatre credits include Caroline, or Change (Jeff Nomination). She recently appeared in the Broadway cast and National Tours ofThe Book of Mormon. Her Chicago credits include The Miraculous Journey of Edward Tulane at Chicago Childrenʼs Theater, A Christmas Carol and Crowns at the Goodman Theater, the one-woman show The MLK Project: The Fight for Civil Rights at Writers Theatre; Aida at Drury Lane Oakbrook, Yeast Nation at American Theater Company; Living Green at Victory Gardens Theater; High School Musical at Marriott Theatre Lincolnshire; Once on This Island (Black Theater Alliance Award for Best Actress in a Musical) at Porchlight Music Theater and Seussical! and Willy Wonka at Chicago Shakespeare Theater. Other tours include the National Tour of Mamma Mia!. Ms. Brezill is a graduate of Northwestern University.

Sheldon Brown (Bennie/Bennie Jr./Ensemble) is a 2014 graduate of Acting at Emerson College in Boston. He is fresh to Chicago and happy to make his debut with Court Theatre. His recent credits include Feral with MPAACT Theatre Company, American Revolution with Theater Unspeakable, and the stage reading of The Gospel of Lovingkindness with Victory Gardens. He has numerous credits in Boston, including The Grand Inquisitor directed by Peter Brook and a collaborative new work with friends, The Shakespearean Jazz Show, which turns Shakespeare into New Orleans Jazz.

Thom Cox (Howie/Ensemble) returns to Court Theatre, where he has previously appeared in Fraulein Else, Raisin, Ma Rainey's Black Bottom,Orlando, and Agamemnon. He is an ensemble member with Lookingglass Theatre, where he has worked on more than forty productions since 1988. Regionally, he has performed in End of the Rainbow (Milwaukee Rep); Elephant Man(Steppenwolf Young Audiences); Rock n Roll (Goodman); Season on the Line(House); Pride and Prejudice, Jekyll and Hyde, and Outgoing Tide (Northlight); andRichard III (Gift); as well as seven seasons at the Weston Playhouse in Vermont. He serves as Master Teacher for Lookingglass, and teaches theatre around the Chicago area. Film/TV: Since You've Been Gone (Miramax); Brotherhood (Showtime); Chicago Fire (NBC).

Allen Gilmore (Emile)  returns to Court Theatre, where he previously appeared in Scapin, the title role of Cyrano, Endgame, the title role in Sizwe Banzi Is Dead (Jeff, BTA, and Black Excellence nominations), Jitney, The Misanthrope, Tartuffe, Seven Guitars, Waiting for Godot (Jeff, BTA, Black Excellence nominations), The Good Book, and One Man Two Guvnors. He is (Alt.) Scrooge in Goodman Theatre’s annual production of A Christmas Carol. Other favorite Chicago performances include Joe Turner’s Come and Gone (Jeff, BTA nominations) and The African Company Presents Richard the Third with Congo Square Theater Company; Argonautika and Arabian Nights with Lookingglass Theater; and Rosencrantz and Guildenstern Are Dead (BroadwayWorld nomination) with Writers Theatre. Originally from Houston, he is a U.S. Army Infantry veteran, a 2015 3Arts prize awardee, a 2015 Lunt-Fontanne fellow, and a proud ensemble member of Congo Square.

Gabriel Ruiz (Luis/Ensemble) is a graduate of the DePaul Theatre School and a proud ensemble member of Teatro Vista. Chicago credits include Agamemnon at Court Theatre,  Arcadia and Company at Writers Theater, City of Angels at Marriott Theatre, The Upstairs Concierge at Goodman Theatre, White Tie Ball for Teatro Vista, Creditors at Remy Bumppo, How Long Will I Cry? and Motherfucker with the Hat at Steppenwolf, Sita Ram for the Chicago Children’s Choir, Working: The Musical at Broadway Playhouse, Richard III and Short Shakespeare! A Midsummer Night’s Dream at Chicago Shakespeare Theater, and Arabian Nights at Lookingglass Theatre. Regional credits include Native Gardens at The Cincinatti Playhouse, Harvey at Milwaukee Repertory; Why Torture is Wrong, and the People Who Love Them at Forward Theater Company; and Blood and Gifts at Lincoln Center in New York. He can be seen as Dilip Singh in both seasons of Boss on the Starz Network, and he appears on an episode of Chicago Fire.

Sean Michael Sullivan (Ensemble) Along with his wife, Sean is the co-director of The Sullivan Chicago Studio of Performing Arts (www.thescspa.com).  He hails from Ohio, where he earned a BA in theatre from The Ohio State University and began working in Chicago in 2002. Sean has appeared on stage in Chicago as Johnny Cash in the Million Dollar Quartet; as Harlan 'Mountain' McClintock in Requiem for a Heavyweight  at Shattered Globe (Jeff nomination for Outstanding Actor in a Principle Role); as M'Ling in The Island of Dr. Moreau with Lifeline Theatre; and as Floyd in Fiorello! and Joe in The Children’s Hour with Timeline Theatre. Sean’s television credits include episodes of Boss; The Beast; Crisis; Chicago Fire and Chicago PD; Empire; ABC’s In an Instant; and as a featured guest on The Rosie Show. Sean is a freelance scenic carpenter and stagehand in theatre and television. Sean was an ensemble member with BackStage Theatre Company, serving as an actor, master carpenter, scenic designer, and technical supervisor.  Sean can be found playing his guitar and singing throughout Chicagoland as a founding member of the Blue-Irish-Folk-Grass band, One of the Girls (www.oneofthegirls.net).

Jacqueline Williams (Emelda/Ensemble) returns to Court where she appeared in Gem of the Ocean (Aunt Ester); The Good Book; Caroline, or Change (Dotty); Fences (Rose, Jeff award); Electra (title role); and The First Breeze of Summer. Most recently, she played Makeda in The House That Will Not Stand at Victory Gardens. Her long association with Goodman Theatre includes stop. reset, Pullman Porter Blues (some performances), Blues For An Alabama Sky, Camino Real, The Trinity River Plays, The Amen Corner, Richard II and many others.  Chicago: Steppenwolf (Airline Highway, Head of Passes, The Hot L Baltimore, The Brother/Sister Plays, Othello, and others).  Victory Gardens (Gospel of Lovingkindness, The Colored Museum and others).  Northlight (Gees Bend, The Miser, and others).  Next (Yellowman, Fabulation), Fleetwood Jourdain (Maya Angelou in the premiere Maya’s Last Poem, Going to St. Ives, Having Our Say).  Regional: Asolo Repertory, La Jolla, Huntington Playhouse, ACT Seattle, Berkeley Rep, Portland Stage Co., Arena Stage, and more. Tours: Crowns and Born in the RSA with Market Theatre of Johannesburg. Broadway: The Young Man from Atlanta. Off-Broadway: From the Mississippi Delta (co-produced by Oprah Winfrey),  Mill Fire, and The Talented Tenth. TV/Film: cast of Turks, recurring as Officer Beccera on Chicago PD and Chicago Fire, Chicago Code, Prison Break, Heartlock, The Break Up, The Lake House, and Hardball. Awards/Nominations: Jeff, Helen Hayes, BTAA, Lunt-Fontanne Shakespeare  Fellow, 3Arts, American Arts Council, Drama Desk, Sarah Siddons, Excellence in the Arts, After Dark, among others. Jacqueline holds a BFA from Goodman/Theatre School.