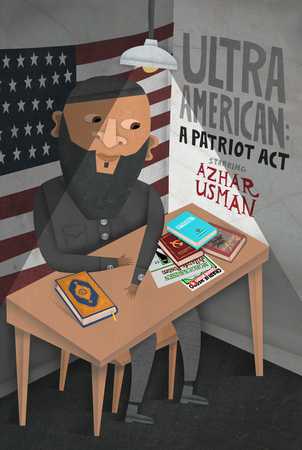 Yes, there's the fact that Azhar Usman is a critically-acclaimed, nationally renowned stand-up comedian and soon-to-be household name (hint: it has something to do with a television show, that's all I'll say), and yes, there's the fact that he's been crowned "America's funniest Muslim" and that he is, indeed, America's funniest Muslim, and yes, there's the fact that this lawyer turned humorist provocateur is developing his first-ever play at Silk Road Rising (a testament to his impeccable judgement), but all of that notwithstanding, the real reason you need to see Ultra American: A Patriot Act is because you've been to a lot of plays in your day, but you've never seen anything quite like this. I'm telling you, this guy is truly unique and he's super talented. He's Dave Chappelle's opening act for God's sake! He can take W.E.B Du Bois' theory of double consciousness, in all its brilliance, and make it funny AND smart. And if you think Muslims are scary, well—okay, in Azhar's case you just may have yourself a point. But I'm talking edgy, no apologies, in-your-face, raise-the-roof scary. Hell, ISIS tried to recruit this guy. Fortunately, we got him instead.

Look, it's not easy being Muslim in America. My husband's Muslim. I know the struggle well. And our pal Azhar manages to mine the complexity and irony and insanity from that rocky road he travels. He not only invites us into his journey, he makes us part of his journey, and in the end, well, maybe we should all walk a mile in another person's shoes.

In other words, you need to see Ultra American. Seriously. This guy looks like Taliban #3 straight out of central casting. By his own admission, he's the guy you don't want to board a plane with. I'd even argue that the future of Western Civilization depends on your seeing this show. So come on. You've got three weeks (September 6-25). We're performing Tuesdays thru Sundays. As busy as you may be, surely you have 90 minutes to spare for the United States of America, right?
Posted by Bonnie Kenaz-Mara at 2:04 PM