ChiIL Mama will be there to review for opening night tonight. I'm especially excited for this opening since I've been to Sweden several times and am half Swedish in ancestry. This show sounds fascinating on many levels, particularly since I'm not familiar with this 17th century European monarch, and so called flamboyant intellectual and feminist before her time.

**NOTE: Christina, The Girl King is for adult audiences only. Contains sex, full nudity (both female and male), violence and blood.** 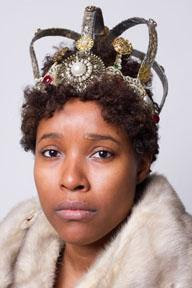 Cor Theatre, hailed for "Most Promising Debut" last season by Time Out Chicago, plans to surprise and amaze Chicago theater fans with its U.S. debut of Christina, The Girl King.

Based on the true life of Queen Christina of Sweden, Christina, The Girl King is a daring, sensitive reintroduction to the enigmatic 17th century European monarch, flamboyant intellectual and feminist before her time.

Performance times through March 27 are Thursday through Saturday at 7:30 p.m.; Sunday at 3 p.m.

After 30 years of war, Christina, the Girl King of Sweden, armed by the power of her crown and whip-smart intellect, is pushing her people to become a forward thinking nation. But when an unspeakable passion begins to burn underneath her androgynous visage, the Girl King's power is put to the test. Should she meet the demands of her country and birth its next heir? Should she fight the established patriarchy to rule as her own woman? Will she change? Or will she change the world around her? One thing is certain: the choice she makes will change her identity forever, and could mean certain death for the woman that she loves.

Tosha Fowler (director) is co-founder and artistic director of Cor Theatre, where she directed last season's A Map of Virtue and acted in Love and Human Remains. As a result, Fowler debuted on New City's "Player's 2016 The Fifty People who really perform for Chicago" list as "the fearless leader of Chicago's most dangerously sexy new company." Fowler also produced and starred in Cor's acclaimed Skin Tight in 2012, under the direction of Victoria Delorio, and co-produced, wrote and performed in her original solo show, Mami, Where'd my O go?  She has produced theatre for almost ten years for companies including Mary-Arrchie Theatre, The Chicago Fringe Festival, Academy Theatre in Atlanta, and her founding company, Fowl Brick in Savannah, Georgia. Other directing credits include A Doctor's Stories, Poof! and Bash and Bully Breakdown in HD. As an actress, Fowler has performed in Chicago with Lifeline Theatre, Emerald City, MPAACT, Cock & Bull and Circle Theatre. She has worked as a playwright with American Theatre Company's "Chicago Chronicle Project," the DePaul University Diversity Initiative and the Academy Theater. She is an adjunct professor in Theatre at DePaul University, and holds an MFA in Acting from The Theatre School at DePaul.

Sweden's Queen Christina has already been the subject of theatrical and cinematic speculation. Greta Garbo portrayed her in the 1933 film Queen Christina. So did Liv Ullman in 1974 in The Abdication.  History remembers her best for helping end the 30 Years War and for making Stockholm a major European capital.

Toward the end of her reign, Queen Christina summoned René Descartes to share his new ideas about science and philosophy at the time. His radical ideas about free will and reason appealed to Christina, who was struggling to reconcile tensions between her rational self and emotions she dared not name.

Rather than conform, the 26-year-old queen chose to abdicate her throne and convert to Catholicism, rendering her ineligible to rule. Was it an act of madness? Or a bold gesture of autonomy by a modern woman born ahead of her time?

Christina, The Girl King underscores Cor Theatre's mission to explore the inner truth of the human experience through storytelling that defies convention, and to engage audiences by telling stories that take courage to tell.

Cor is also proud to have been selected by Jackalope Theatre Company to receive a prime time, four-week, rent-free run of Christina, The Girl King in The Frontier through The Pioneer Series, Jackalope's continuous initiative to cultivate bold new theatre in Chicago. 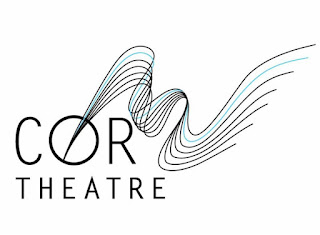 Up Next: The Good Person of Szechwan, August 11-September 11 at
A Red Orchid Theatre

Cor's second production in 2016 will be The Good Person of Szechwan by Bertolt Brecht, translated by Tony Kushner. Ernie Nolan will direct, and ensemble member Will Von Vogt will defy traditional casting in the title role of Brecht's parable of good and evil. Performances are August 11 through September 11 at A Red Orchid Theatre, 1531 N. Wells Street in Chicago's Old Town neighborhood.

About Cor Theatre
Cor Theatre (cortheatre.org) debuted in September 2012 with a vision to create theatrical experiences that are rarely presented in Chicago by artists who seek to defy expectation.

The company's first production, Skin Tight by Gary Henderson, produced by Tosha Fowler and Victoria Delorio, was rewarded with enthusiastic audiences, critical acclaim and made just enough money to establish a not-for-profit corporation. The company named itself Cor Theatre, deriving its name from the Latin root of courage - meaning heart.

Cor's second 2015 production, Love and Human Remains, the first professional staging of Brad Frasier's controversial play in Chicago in 20 years, played to numerous sold-out houses and was listed as one of the top plays to see by Windy City Times and New City.

Today, Cor is one of Chicago's newest and most ambitious Chicago professional theatre companies with a growing board and strong experience behind it. Cor Theatre company members are Chris Brickhouse, Elyse Cowles, Tosha Fowler, Adam Gutkin, Claire Meyers, Ernie Nolan, Stefin Steberl and Will Von Vogt.

Posted by Bonnie Kenaz-Mara at 2:02 PM

Email ThisBlogThis!Share to TwitterShare to FacebookShare to Pinterest
Labels: Christina The Girl King, Cor Theatre, opening, shows on our radar