Chi, IL Live Shows On Our Radar:
The Producers” 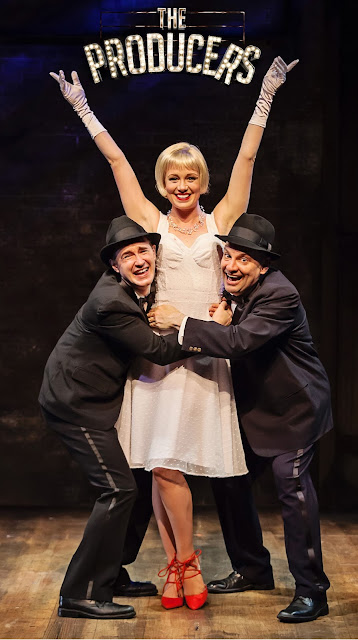 A down-on-his-luck Broadway producer and his mild-mannered accountant come up with a scheme to produce the most notorious flop in history thereby bilking their backers (all “little old ladies”) out of millions of dollars. Only one thing goes awry: the show is a smash hit!  At the core of the insanely funny adventure is the surprising journey of two very different men who become friends. The Producers skewer Broadway traditions and takes no prisoners as it proudly proclaims itself an “equal opportunity offender!”

The Mel Brooks musical comedy The Producers was first staged in Chicago in 2000 and later opened on Broadway in 2001 to rave reviews.  It is the recipient of the most Tony Awards in Broadway history (12, including Best Musical).  Hailed as one of, if not the funniest Broadway musicals of all time, The Producers spoofs the big, old-fashioned Broadway musical while paying tribute to it at the same time.  The Producers features a riotous mix of eccentric characters and show-stopping songs including “I Wanna Be a Producer,” “When You Got It, Flaunt It,” “Prisoners of Love” and of course “Springtime for Hitler”.

The beautifully renovated Mercury Theater Chicago is an intimate jewel box of a theater in the heart of the Southport Corridor, a sophisticated neighborhood of restaurants and boutiques just steps from Wrigley Field. A delightful theater destination, Mercury Theater Chicago takes care of its guests from the moment they arrive with valet service and dining at its adjoining new restaurant Grassroots, neighborhood eatery featuring simple, yet delicious farm to table comfort food, in a warm, inviting atmosphere.

Posted by Bonnie Kenaz-Mara at 1:59 PM