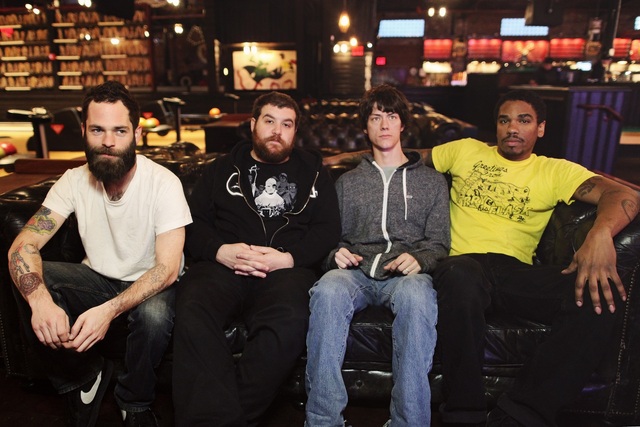 Washington, DC quartet LIONIZE are pleased to announce that they will be spending this fall on tour with Streetlight Manifesto, as well as playing select dates with Maryland rockers CLUTCH.  The first leg of the tour kicks off October 16th in Toronto and runs through October 28th in Ft. Lauderdale, FL.  Following those dates LIONIZE will join up with CLUTCH for a string of shows kicking off Halloween night in Flint, MI and wrapping up on November 4th in Detroit, MI.  After a short break the band will return to the road with Streetlight Manifesto on November 13th in Portland, OR through December 7th in Sacramento, CA.  A complete list of dates can be found below.

"We are looking forward to going out and providing support on such diverse bills. It's refreshing for us to be able to bring in our fans and expose our sound to new fans via a ska/punk tour and a tour with CLUTCH, who is absolutely one of the finest rock bands on the planet.  We will be road-testing new material and will finally get back to cities long overdue for a LIONIZE set."

For a band with so little pretense, sometimes it can be easy to forget just how much LIONIZE accomplished since their inception in 2004.  From being the first band to play both Bonnaroo and the Vans Warped Tour in the same year to their five full-length albums to virtually non-stop touring year after year, the groove-heavy rock group has dared to do more than most bands could ever hope to accomplish.

On the release of their most recent album, Superczar and the Vulture, produced by the famed J. Robbins and their first on Pentimento Music Company, the band showcases their live sound in a way that they have never done before, allowing the listener an unprecedented look at the experience of hearing the songs played live in front of them.

With their heavy touring continuing throughout the foreseeable future, one can be assured that LIONIZE's incomparable sound will only continue to grow stronger with each show and audiences will persist in being impressed by a band which, as one critic said, makes even the most notable musicians "shake their heads and wish they'd thought of that."