REVIEW: Over The Tavern Now Playing at Theatre at the Center in Munster, IN Through August 11, 2019

Over the Tavern
at Theatre at the Center in Munster, IN
Now Playing Through August 11, 2019 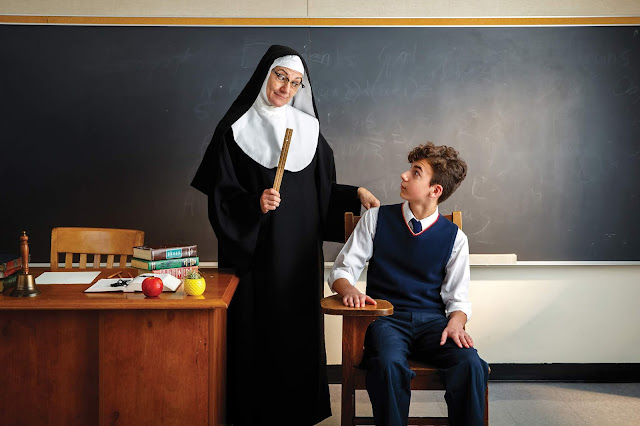 Though Theatre at the Center in Munster, Indiana is known primarily for its musical offerings, they also program one or two plays each season, and this summer’s production is the rollicking comedy Over the Tavern.  Set in the wholesome 50s, it’s about a large Catholic family who live over the titular tavern co-owned by the family patriarch and his father (the latter whom we never see) and specifically about a precocious young boy in the family having a crisis of faith as he also hits puberty.  That crisis puts him at odds with his school’s stern Mother Superior, which provides much of the play’s comic relief, but also with his father, which provides much of its drama. Happily, the former outweighs the latter, though it’s through the drama that we get a very heartening conclusion to the proceedings, so both are certainly appreciated.

As said boy, Logan Baffico shows tremendous charm, if somewhat rushed and slurred delivery, especially with his punchlines. He’s definitely someone to look out for in the future after proper stage training. Cory Goodrich as his mother is the heart of the play and the mom we all remember or at least wish we had. Eric Slater as the father is perfect balancing sternness, insecurity, and gruff love. Isabelle Roberts and Seth Steinberg are consummate professionals as the older sister and brother, and Julian Solis in particular is disarmingly effective as the special needs younger brother. Finally, Janet Ulrich Brooks, the most pedigreed of the cast with recent performances at Steppenwolf, Victory Gardens, and as Maria Callas at TimeLine, steals every scene she’s in as the Mother Superior, and that’s saying something considering most of them are with the young star of the show.

Special mention should go out to the design team; Angela Weber Miller for designing a set that easily incorporates the various scenes throughout the house and other environs with the help of lighting design from Shelley Strasser; Brenda Winstead and Kevin Barthel for designing costumes and wigs, respectively, perfectly evoking the era; and Michael J. Patrick and Emily Hartig for providing the complementary sound and props design.

All in all, this was an enjoyable evening at the theater that would be fun for the whole family!

Milan Pejnovich Milan has nearly 30 years of experience in marketing and the performing arts, including positions as the Audience Services Manager at Court Theatre and the Marketing Manager at Northlight Theatre. He also spent many years in house manager positions at Penn State’s Center for the Performing Arts, About Face Theatre, Court Theatre,and Northwestern University. He is currently the manager of Strategic Marketing for the Arts, which provides telemarketing and telefunding services to over three dozen non-profit arts organizations nationwide, including Chicago Shakespeare Theater, Playwrights Horizons and MCC Theater off-Broadway, and the Omaha Symphony, Long Beach Opera,Denver Film Society and Cincinnati Ballet.

All photos by Guy Rhodes

Director Ericka Mac has cast Janet Ulrich Brooks as Sister Clarissa, Logan Baffico as Rudy, Cory Goodrich as Ellen, Isabelle Roberts as Annie, Eric Slater as Chet, Julian Solis as Georgie and Seth Steinberg as Eddie in Over the Tavern, a hilarious look at family life in the 1950s for the summer stage production at Theatre at the Center in Munster.  Previews begin July 11 with Opening Night on July 14 and a continued run through August 11.

In Tom Dudzick’s semi-autobiographical play, set in 1959, audiences meet Rudy Pazinski, a precocious 12-year old student who feels God put us on Earth to have fun.  He matches wits with ruler-wielding Sister Clarissa when he shares his plans to shop around for a more fun religion.  We also meet the entire Pazinski family, who live in a tiny apartment above the neighborhood bar they run, as they face both the real and comical struggles of life, including Rudy’s questioning the rules of the Roman Catholic Church just as he is about to receive the church sacrament of confirmation. An earlier run of Over the Tavern was a smash-hit with Theatre at the Center audiences in 2005. 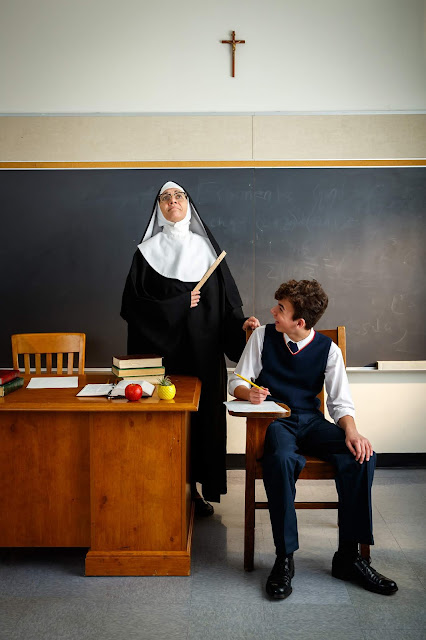 Janet Ulrich Brooks (Sister Clarissa) returns to TATC after receiving a Jeff-nomination for her performance as Ann Landers in the TATC production of The Lady with All the Answers.   Janet is a Company Member of TimeLine Theatre where credits include portraying Maria Callas in Master Class and also a production of Bakersfield Mist, as well as Jeff-nominated performances in The Audience, 33 Variations, A Walk In The Woods, All My Sons and other favorite works.  Her most recent credits include The Children at Steppenwolf Theatre and Pipeline at Victory Gardens.  Her film credits include roles in Divergent, One Small Hitch and Conviction, as well as television credits with roles in Chicago Med, Fire and Justice and Boss.  Janet was the first recipient of the Ed See Outstanding Theatre Alumnus Award from the University of Central Missouri.

Logan Baffico (Rudy) is making his TATC debut.  He was most recently seen as Hero Boy in the Rail Events’ The Polar Express.  His other credits include Benjamin in Joseph and the Amazing Technicolor Dreamcoat and Chip in Beauty and the Beast at BrightSide Theatre.  He also appeared as Posh Boy in Billy Elliot at Porchlight Theatre, Sebastian in The Little Mermaid and James in James and the Giant Peach at Stage Door Fine Arts Theatre.

Cory Goodrich (Ellen) returns to TATC for her 14th production, having previously appeared in Steel Magnolias, Women on the Verge of a Nervous Breakdown and Ring of Fire: The Music of Johnny Cash.   She is a five-time Jeff nominee including a Jeff Award for her role of June Carter in Ring of Fire and another for her role of Mother in Drury Lane’s production of Ragtime. Cory has also performed in productions at the Marriott Theatre in Lincolnshire, Chicago Shakespeare, Candlelight and Drury Lane.   As a singer/songwriter, Cory has four solo albums.

Eric Slater (Chet) is also making his TATC debut.  He has worked in Chicago at The Goodman Theatre, Steppenwolf Theater Company, Writers Theatre, Court Theatre and Chicago Children’s Theatre.  His Off-Broadway credits include productions at the Public Theater, York Theatre, The Kitchen and Theater for the New City.  Film and television credits include Chicago Fire and Widows.

Seth Steinberg (Eddie) joins the cast as another TATC debut. He recently performed as Joey Oren in the Roundabout Theatre Company’s production of If I Forget and appeared as Nathan Lukowski in the The Full Monty at Theater Wit in Chicago.  As part of the Another Door Theatre Project, he appeared in The 25th Annual Putnam County Spelling Bee, Pippin, Bare, a Pop Opera and Heathers the Musical and has performed in several musicals with Repertory Company at the Actors Training Center in Wilmette.

Isabelle Roberts (Annie) is making her TATC debut.   She has appeared in Alice in Wonderland: Alice’s Rock and Roll Adventure at Chicago Children’s Theatre; The Sound of Music at Lyric Opera of Chicago, Bye Bye Birdie at Drury Lane and Sunday in the Park with George at Chicago Shakespeare Theatre.

Julian Solis (George) returns to the TATC stage after making his TATC debut in A Wonderful Life.   He also appeared as Rudy Pazinski for the TATC season preview last August.   He was also a featured soloist for the Northwest Indiana Symphony for two consecutive seasons.

Ericka Mac is making her TATC directorial debut. She has served as Assistant Director of Company at Writers Theatre.  She also served as Associate Director for the U.S. Premiere of Ride the Cyclone at MCC Theatre and Chicago Shakespeare; the World Premieres of both Diary of a Wimpy Kid the Musical and Alice’s Rock and Roll Adventure at Children’s Theatre Company; The Little Mermaid at Chicago Shakespeare and Guys and Dolls at Marriott Theatre. 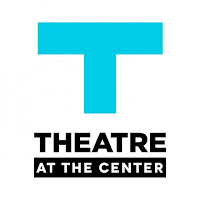 Founded in 1991, the 410-seat TATC is a year round professional theater at its home: The Center for Visual and Performing Arts, 1040 Ridge Road in Munster, Indiana.   TATC is an accessible venue with plenty of free parking and is located off I-80/94, just 35 minutes from downtown Chicago.

Posted by Bonnie Kenaz-Mara at 9:45 AM

Email ThisBlogThis!Share to TwitterShare to FacebookShare to Pinterest
Labels: ChiIL Live Shows on our radar, Munster IN, opening, Over the Tavern, TATC, Theatre at the Center, Theatre Chicago