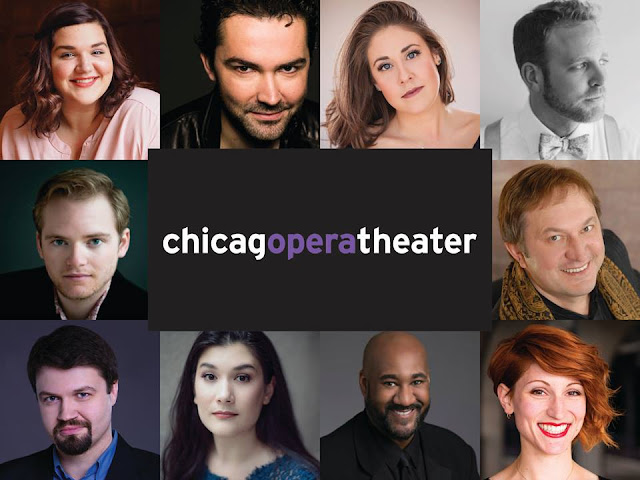 Chicago is blessed with two professional opera companies. Who knew? We are all familiar with the heralded Lyric Opera, and those accolades are very well deserved. But there is also a scrappy little opera company that has been around since 1973, Chicago Opera Theater. The singing of their principal players is just as exquisite, and their company is less pretentious and, therefore, more accessible.

With a short season of three shows, there are still two more lesser-known shows to be produced by COT in the spring: The Scarlet Ibis on February 16, 21, and 24, 2019, and Moby-Dick on April 25 and 28, 2019. Chicago Opera Theater prides itself on featuring operas that are outside the traditional canon; they are to be commended for that. All three shows in their repertoire this season are Chicago premieres. The company brings in “new contemporary operas for a 21st century audience,” according to their website. The opening show of Iolanta was impressive.

It was a performance of “firsts,” as described by General Director Doug Clayton in his welcoming remarks. Iolanta marked the podium debut of Maestro Lidiya Yankovskaya, the only woman with the title Music Director at a top 50 opera company in the United States. (Wow. That is actually really impressive for COT, but sad throughout the music world.) Maestro Yankovskaya gave the pre-show talk, and her passion for this piece was evident. The performance marked the company debut of international stage director Paul Curran. And finally, Iolanta was the last operatic work by Pyotr Tchaikovsky, with a libretto by his brother Modest, and was being brought to life in our beloved Windy City 126 years after its debut.

With a mostly Chicago-based cast,  Iolanta is sung in the original Russian and stars Katherine Weber in the title role as a blind princess who isn’t aware that she’s blind. (Hey, it’s opera, which historically is goofy as hell in terms of plot.) Weber’s voice is stunning, as is Mikhail Svetlov as her father, King Rene, who has kept her blindness as a big secret. Chicago tenor John Irvin is wonderful as Duke Vaudemont who falls in love with Iolanta. She is betrothed to someone else, but fortunately, that dog Duke Robert, sung by Christopher Magiera, conveniently falls in love with another girl. Also of particular note is bass-baritone Bill McMurray as the physician Ibn-Hakia who advises the skeptical king that the only way to cure his daughter’s blindness is revealing to her that she is unable to see.

Chicago Opera Theater currently performs at the Harris Theater for Music and Dance at Michigan and Randolph. Iolanta was performed at the Studebaker Theater at Michigan and Congress in the old Fine Arts Building, built in 1898 to host vaudeville shows! (My pal Mary and I were amazed to discover this charming venue, recently restored, in such a historic facility.) Originally built in 1885 by architect Solon S. Beman (who designed Pullmantown for George Pullman) to house the Studebaker Corporation’s Midwest buggy sales and repair facility, the Fine Arts Building is worth the trip for exploring. And you can catch a great, under-appreciated opera in a fabulous setting as well.

This was my first Chicago Opera Theater performance. I was entranced. It won’t be my last.

Catherine Hellmann is a teacher, writer, and theater junkie. She has tried to inspire urban and rural middle schoolers for over twenty years. A mother of three, she is thrilled to once again claim Chicago as home.

“After 18 months of planning and preparation behind the scenes, I’m thrilled to finally be jumping into the COT orchestra pit,” said COT’s Staley Music Director Lidiya Yankovskaya. “I’m particularly gratified to have the opportunity to bring the sounds of my homeland to my new home, as this opera – Tchaikovsky’s last – has never before been staged in Chicago. ‘Iolanta’ is a very personal work, written by Tchaikovsky at the height of his compositional powers, alongside the person closest to him – his brother Modest. Perhaps because it examines the transformed worldviews of characters in dramatically different life stages, I find that the work resonates in a new way each time I conduct it.”

“Iolanta” tells the story of a princess, with Weber starring in the titular role, who has been blind since birth. She is unaware of her condition and her privileged social status thanks to the actions of her overprotective father, King Rene. When the well-meaning Duke Vaudemont falls in love with her, she learns of her blindness and true love offers her a chance at a cure. Iolanta must choose between the life built for her and one she’s never seen.

The opera is based on the Danish play “Kong René Datter” by Henrik Hertz, a romanticized take on the life of Yolande de Bar. The opera premiered on December 18, 1892 at the Mariinsky Theatre in Saint Petersburg, sharing a double bill with Tchaikovsky’s last ballet, “The Nutcracker.”

In addition to Weber and Svetlov, the cast includes John Irvin as Vaudemont, Christopher Magiera as Robert, Bill McMurray as Ibn-Hakia, Emma Ritter as Marta, Katherine Peterson as Brigitta, Annie Rosen as Laura, David Govertsen as Bertrand, and Kyle Knapp as Almeric.

As Music Director of Harvard’s Lowell House Opera, she conducted sold-out performances of repertoire rarely heard in Boston, including Tchaikovsky’s “Queen of Spades,” Britten’s “A Midsummer Night’s Dream,” and the U.S. Russian-language premiere of Rimsky-Korsakov’s “The Snow Maiden.” Her commitment to exploring the breadth of symphonic and operatic repertoire has also been demonstrated in performances of Rachmaninoff’s “Aleko” and the American premieres of Donizetti’s “Pia de’ Tolomei,” Rubinshteyn’s “The Demon,” and Rimsky-Korsakov’s “Kashchej The Immortal” and Symphony No. 1. Yankovskaya is founder of the Refugee Orchestra Project, which performs this season at the United Nations. She has served as Artistic Director of the Boston New Music Festival and Juventas New Music Ensemble, where she led operatic experiments with puppetry, circus acts, and robotic instruments, as well as premieres by more than two dozen composers. A recipient of a 2018 Solti Foundation Career Assistance Award, Yankovskaya is also an alumna of the Dallas Opera’s Hart Institute for Women Conductors and Marin Alsop’s Taki Concordia Fellowship. She has been featured in the League of American Orchestras Bruno Walter National Conductor Preview and Cabrillo Festival for Contemporary Music, and will assist Vladimir Jurowski via a London Philharmonic fellowship this spring. Other future engagements include performances in Arizona, Chicago, New York, and Minneapolis.

About Paul Curran
Award winning Scottish director, Paul Curran, was born in Glasgow, Scotland and studied dance in London and Helsinki. After a serious injury stopped his career, he retrained as a director at the National Institute of Dramatic Art in Sydney, graduating in 1992. His first job in opera was as assistant director to Baz Luhrmann, after which his own international career took off with productions at the Teatro San Carlo in Naples, Teatro Dell’Opera Rome and the Covent Garden Festival, then directing Borodin’s “Prince Igor” with Valery Gergiev and the Mariinsky Theatre at the Royal Albert Hall in London. Curran has directed productions in many of the world’s leading opera houses and concert halls including ROH Covent Garden, Metropolitan Opera, La Scala Milan, Teatro La Fenice, Kennedy Centre Washington DC and Berlin Philharmonic. In addition to opera, Curran has also directed several musicals including “My Fair Lady,” “Man of La Mancha,” “A Funny Thing Happened on the Way to the Forum” and “A Little Night Music.” A keen linguist, Curran speaks 9 languages and has also translated several plays by Moliere, Chekhov and Ostrovsky.

About Katherine Weber
Described as “a confident singing actress with a magnetic stage presence” by Opera News, Katherine Weber is a rising star in the Chicago opera scene. She debuted for both the DuPage Opera and Boulder Symphony during the 2017/2018 season as Violetta in “La Traviata” and is set to return to DuPage Opera this season as Rosalinda in “Die Fledermaus.” She was a featured soloist with the Winona Oratorio Chorus and Orchestra in performances of Beethoven’s “Mass in C,” Vivaldi’s “Gloria” and Mozart’s “Requiem.” She also covered Nedda in Virginia Opera’s performance of “Pagliacci.” She has been a regional finalist at the Metropolitan Opera National Council Auditions in 2015 and 2017. 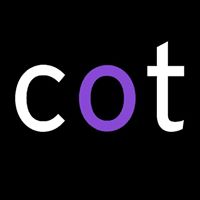 Since its founding in 1973 by Alan Stone, COT has staged more than 125 operas, including 66 Chicago premieres and 36 operas by American composers.

COT is led by Stefan Edlis and Gael Neeson General Director Douglas R. Clayton and Orli and Bill Staley Music Director Lidiya Yankovskaya. As of fall 2017, Maestro Yankovskaya is the only woman with the title Music Director at any of the top 50 opera companies in the United States. COT currently performs at the Studebaker Theater (Michigan & Congress) and the Harris Theater for Music & Dance (Michigan & Randolph).