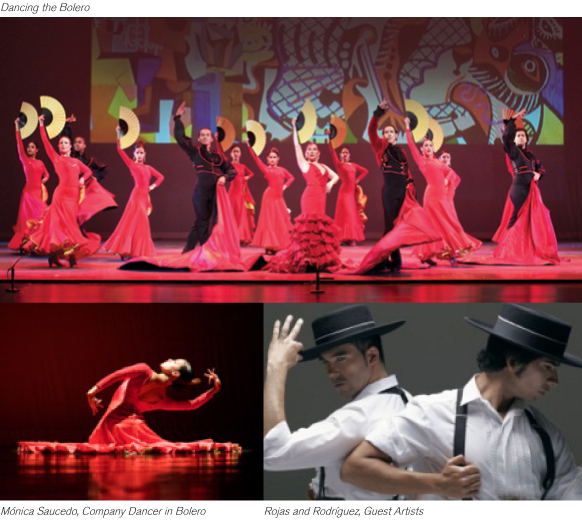 This year’s “Flamenco Passion” performances feature more than 40 dancers, musicians and guest artists in an array of classical, traditional, contemporary and Flamenco styles. The world premiere of the highly anticipated "Iroko," choreographed by world-renowned dancers and choreographers Angel Rojas and Carlos Rodriguez, is a centerpiece of the festival. Named for an African tree, Iroko is the perfect title for this work, as it celebrates the roots and branches of Spanish dance and its relationship to the continents of Europe, Africa and the Americas. This new Flamenco contemporary ballet is composed to original music by Juan Parilla. This program is supported by The Chicago Community Trust and the MacArthur Foundation International Connections Fund.

Works scheduled to be performed in the June 17-19 “Flamenco Passion” performances are as follows:
Selections/artists subject to change. 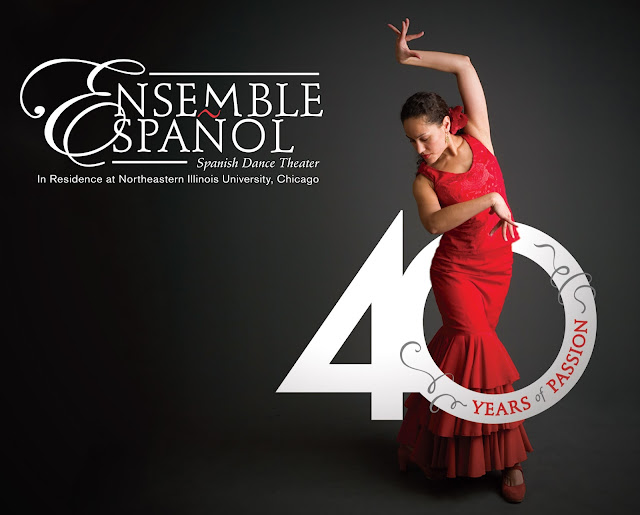 Under the artistic and executive leadership of Founder and Artistic Director, Dame Libby Komaiko, Artistic Director, Irma Suárez Ruiz and Executive Director, Jorge Perez, Ensemble Español is internationally recognized as the premier Center for Spanish Dance, Music and Culture in America. Its 40 sensational dancers, singers, instrumentalists with international guest artists, promotes Spanish dance culture in all its forms – from Flamenco to traditional folkloric to classical renaissance to the 21st century.

In 1982, Dame Libby became the first American artist in history to be decorated with Spain's highest honor "Lazo de Dama" (Ribbon of the Dame) by his Majesty Don Juan Carlos I, King of Spain for her artistic, cultural and educational work throughout the United States. In 2011, United States President, Barack Obama, congratulated the Ensemble Español for their work in presenting this art form to the many communities served locally, nationally and internationally. The Ensemble Español has been in residence at Northeastern Illinois University since 1976.

Throughout the company’s 40 year history, Ensemble Español has changed lives through their education and outreach efforts. To date it has has awarded more than 2,600 scholarships, trained  more than 160 youth dancers and 90 youth apprentices to become professionals in the arts world, and this August, will conduct its inaugural artistic/cultural educational tour to Spain.

The elegance and passion of Spain’s dance, music and culture is showcased in the 40th American Spanish Dance & Music Festival, Wednesday, June 8 through Sunday, June 25. The Chicago Sun-Times hails this 12-day celebration of Spanish culture as “a date worth keeping every summer.”  For Festival updates visit ensembleespanol.org.

Festival events are as follows:

Artists and events subject to change.