ACT OUT CLOSING: Victory Gardens Death and the Maiden Through July 20th

A full and updated schedule of special events, post show discussions and presentations centered around performances of Death and the Maiden is available at www.victorygardens.org.  All events are free unless otherwise noted, and a reservation is required. To RSVP, call (773)871-3000 or visit the Victory Gardens website.

AFTERWORDS
After every performance of DEATH AND THE MAIDEN (unless otherwise noted)
Join us for one of our intimate post show conversations. Led by members from the Victory Gardens community—subscribers, Artistic staff, Teen Arts Council members, and community partners— reflect on what you’ve seen and share your response. 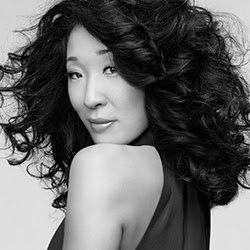 The cast of Death and the Maiden includes Raúl Castillo, John Judd and Sandra Oh.

“I’m thrilled to join the theater scene again under the direction of my long-time friend Chay Yew,” says Sandra Oh.  “Victory Gardens Theater is doing some amazing work and it’s very exciting to be a part of it. I have always been an advocate for local theaters and it’s wonderful to be able to support one with such an important mission of new work.”

Ariel Dorfman’s explosively provocative, award-winning political thriller is set in a rocky new democracy. Gerardo has just been chosen to head the commission that will investigate the crimes of the old regime when his car breaks down and he is picked up by a kind doctor. Gerardo’s wife, Paulina, thinks she recognizes the doctor as the man who tormented her as she lay blindfolded in a military detention center years before. Death and the Maiden is a riveting play about revenge, trauma and forgiveness.

Raúl Castillo most recently garnered accolades for his turn as Richie in the HBO series Looking. Raúl is a member of LAByrinth Theater Company in NYC and author of the play Knives and Other Sharp Objects. Acting credits include: Jose Rivera’s Adoration of the Old Woman (Intar), Fish Men (Goodman Theater), Smoke (Signature Theater), A Lifetime Burning (Primary Stages), School of the Americas (LAByrinth/Public Theater), and Flowers (Ensemble Studio Theater). Film credits include: Amexicano, Cold Weather, Don’t Let Me Drown, My Best Day, The Girl and the screen adaptation of Rudolfo Anaya’s seminal novel Bless Me, Ultima. Raúl studied theater at Boston University's School for the Arts before making a name for himself on both stage and screen as actor and writer

John Judd makes his Victory Gardens debut with Death and the Maiden. He has appeared at the Goodman in Measure for Measure, Sweet Bird of Youth, The Iceman Cometh, A Christmas Carol, Magnolia, and Shining City. Other Chicago credits include: Three Sisters, Clybourne Park, Last of the Boys, The Dresser, Orson’s Shadow and The Butcher of Baraboo at Steppenwolf Theatre Company; Romeo and Juliet and The Feast: an intimate Tempest at Chicago Shakespeare Theater; The Price, Crime and Punishment and Othello at Writers Theatre; The Cripple of Inishmaan and The Lieutenant of Inishmore at Northlight Theatre; Gross Indecency: The Three Trials of Oscar Wilde and Lettice and Lovage at Court Theatre; Gagarin Way at A Red Orchid Theatre; Execution of Justice at About Face Theatre; Come Back, Little Sheba at Shattered Globe Theatre and Great Men of Science Nos. 21 and 22 at Lookingglass Theatre Company. Mr. Judd’s New York credits include Orson’s Shadow and An Oak Tree at Barrow Street Theatre and Crime and Punishment at 59E59 Theaters. His regional and international appearances include American Buffalo at McCarter Theatre; Orson’s Shadow at the Williamstown Theatre Festival, Westport Country Playhouse and the Beaver Creek Theatre Festival; Shining City at the Huntington Theatre Company and Long Day’s Journey into Night at Town Hall Theatre in Galway, Ireland.

Sandra Oh began her career as the title role in the CBC television film The Diary of Evelyn Lau for which she received a Gemini nomination and a 1994 Cannes FIPA d’O, both for Best Actress. She won her first Genie for her leading role in Double Happiness and won a Cable Ace award for Best Actress in a Comedy for her work on Arli$. She has recently appeared on film in Rabbit Hole, Under the Tuscan Sun, and Sideways, which was nominated for 5 Academy Awards and won the Oscar for Best Adapted Screenplay. Currently, Sandra is continuing her work with “Grey’s Anatomy” as Dr. Cristina Yang for which she’s been nominated for five Primetime Emmy’s and won a Golden Globe. Her previous theater experience includes the world premieres of Jessica Hagedorn’s Dogeaters at La Jolla Playhouse, the New York ensemble of The Vagina Monologues, and Diana Son’s Stop Kiss at Joseph Papp’s Public Theater in New York where she received a Theatre World award.

Chay Yew joined Victory Gardens in July 2011. For Victory Gardens, he directed The Gospel of Lovingkindness, Mojada, Oedipus el Rey, and Universes’ Ameriville at Victory Gardens. His other Chicago credits include Dartmoor Prison and Black N Blue Boys/Broken Men at the Goodman, and Po Boy Tango at Northlight Theatre. In New York he directed at The Public Theater, Playwrights Horizons, New York Theatre Workshop, National Asian American Theatre Company, and Ma-Yi Theatre Company. Regionally, he has directed at the Humana Festival of New American Plays at Actors Theatre of Louisville, Berkeley Repertory Theatre, The Kennedy Center; Mark Taper Forum, American Conservatory Theater, Huntington Theatre Company, Long Wharf Theatre, Denver Center Theatre, Oregon Shakespeare Festival, Woolly Mammoth Theatre Company, Empty Space Theatre, Portland Center Stage, Cornerstone Theatre Company, Singapore Repertory Theatre, Boston Court, East West Players amongst others. His opera credits include world premieres of Osvaldo Golijov’s and David Henry Hwang’s Ainadamar (co-production with the Tanglewood Music Center, Lincoln Center for the Performing Arts, and the Los Angeles Philharmonic); and Rob Zuidam’s Rage d’Amours (Tanglewood Music Center.) Chay is a recipient of the Obie Award and DramaLogue Award for Direction. As a playwright, his plays include Porcelain, A Language of Their Own, Red, A Beautiful Country, Wonderland, Question 27, Question 28, A Distant Shore, 17, and Visible Cities. His other work includes adaptations, A Winter People (based on Chekhov’s The Cherry Orchard) and Lorca’s The House of Bernarda Alba, and a musical Long Season. His performance works include Vivien and Her Shadows and Home: Places between Asia and America. His plays have been produced at the Public Theater, Mark Taper Forum, Manhattan Theatre Club, Long Wharf Theatre, La Jolla Playhouse, Intiman Theatre, Wilma Theatre, Dallas Theatre Center, Portland Center Stage, amongst many others. Overseas, his plays have been produced by Royal Court Theatre (London), Fattore K and Napoli Teatro Festival (Naples, Italy), La Mama (Melbourne, Australia), Four Arts (Kuala Lumpur, Malaysia), Singapore Repertory Theatre, Toy Factory, Checkpoint Theatre, and TheatreWorks (Singapore). He is also the recipient of the London Fringe Award for Best Playwright and Best Play, George and Elisabeth Marton Playwriting Award, GLAAD Media Award, Made in America Award, AEA/SAG/AFTRA Diversity Honor, and Robert Chesley Award. His plays Porcelain and A Language of Their Own and The Hyphenated American Plays are published by Grove Press. He recently edited Version 3.0: An Anthology of Contemporary Asian American Plays for TCG Publications. He was the founding director of the Taper’s Asian Theatre Workshop and producer of Taper, Too. Chay is also an alumnus of New Dramatists and serves on the Executive Board of the Stage Directors and Choreographers Society. 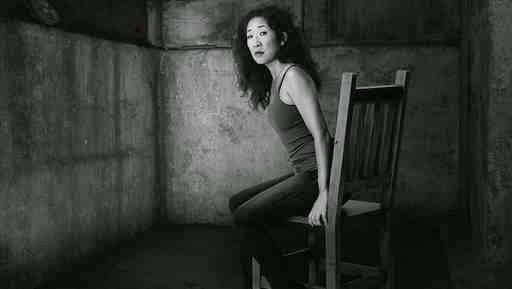 About Victory Gardens Theater
Under the leadership of Artistic Director Chay Yew and Managing Director Chris Mannelli, Victory Gardens is dedicated to artistic excellence while creating a vital, contemporary American Theater that is accessible and relevant to all people through productions of challenging new plays and musicals.  With Victory Gardens’ first new Artistic Director in 34 years, the company remains committed to the development, production and support of new plays that has been the mission of the theater since its founding, continuing the vision set forth by Dennis Zacek, Marcelle McVay, and the original founders of Victory Gardens Theater.

Victory Gardens Theater is a leader in developing and producing new theatre work and cultivating an inclusive Chicago theater community. Victory Gardens’ core strengths are nurturing and producing dynamic and inspiring new plays, reflecting the diversity of our city’s and nation’s culture through engaging diverse communities, and in partnership with Chicago Public Schools, bringing art and culture to our city’s active student population.

Since its founding in 1974, the company has produced more world premieres than any other Chicago theater, a commitment recognized nationally when Victory Gardens received the 2001 Tony Award for Outstanding Regional Theatre. Located in the Lincoln Park neighborhood, Victory Gardens Biograph Theater includes the Zacek-McVay Theater, a state-of-the-art 299-seat mainstage and the 109-seat studio theater on the second floor, named the Richard Christiansen Theater.

Email ThisBlogThis!Share to TwitterShare to FacebookShare to Pinterest
Labels: Death and the Maiden, Victory Gardens