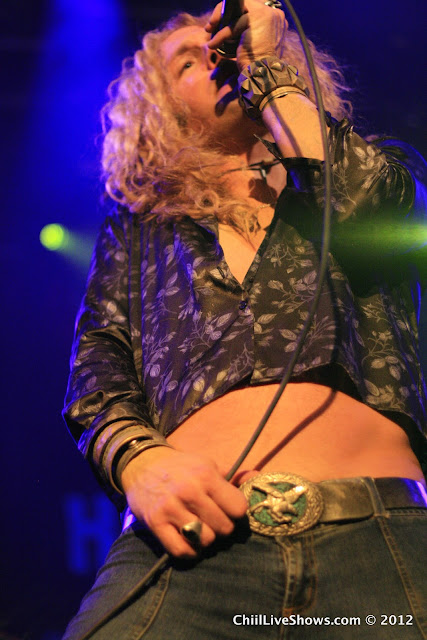 Chicago's own Bruce Lamont is Fearless Frontman by night, and Mild Mannered Mixologist....also by night. 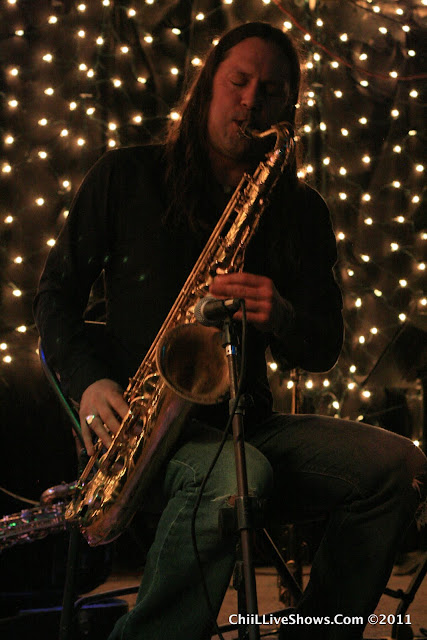 By day you're likely to find him at a Sox game.


Check out his metal magic with Yakuza, Bloodiest, A Corporate Death, Solo and even Led Zeppelin 2. 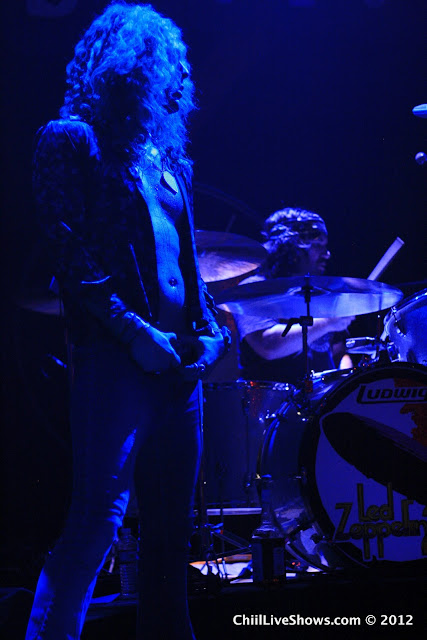 His costume (or lack thereof) was so complete with his transformation to Robert Plant, that I didn't even recognize him when I shot their set at Do Division last year! 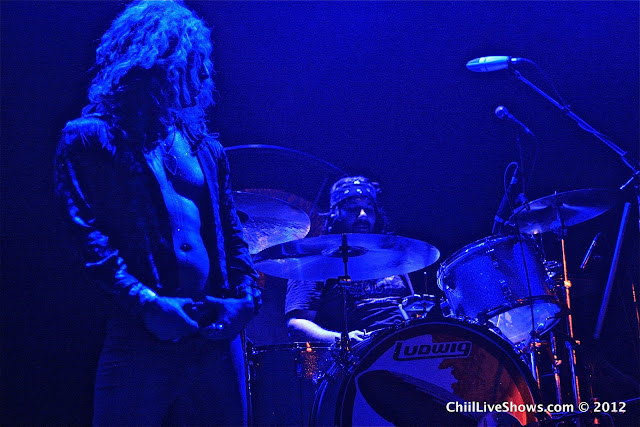 It wasn't till some music industry friends clued me in that I went back and checked out the shots and realized it was true! 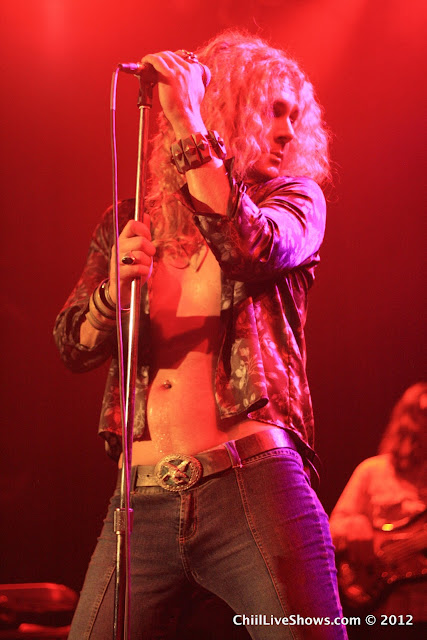 Check out our original photo filled coverage from LZ2's sold out January gig at House of Blues Chicago by clicking right here. 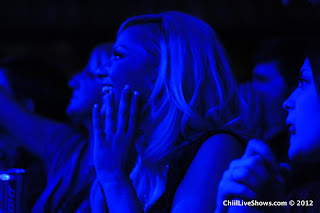 He's got a superman worthy summer schedule too.   Catch him live:


We're still editing, but we will have loads of live video and stills from the last Bloodiest Empty Bottle show up in the near future.   Live, they lead the listeners on a haunting, eerie and intense journey.   Their sound is primal, heavy, meditative and entirely compelling.   This music resonates on the molecular level.   Go.

As fun and excellent as LZ2 is, Yakuza is the real deal!   They're honestly
one of my favorite local bands, and I see and review and shoot a LOT of bands.  What they are doing is unique and addictive.   I can't remember who turned me on to their stuff back in the day.  I was saying how much I adore sax with a heavier edge and how there should be a setting on Pandora to search out new/similar bands for punk/metal with sax, when my friend said, you've gotta check out Yakuza, then.   I caught them at a rare metal show at The Hideout where Bruce was doing the hair band/head bang thing and got his hair wrapped around and stuck on the strands of Christmas lights.   He stoically finished the song, then got a little help from his friends to get free.   I was hooked.   Since then we've seen & shot stills at their shows numerous times all over town--most recently at Reggie's.   Their music is amazing, and doubly so live.


I was telling this friend that I only half jokingly told my young kids they should grow up and make mama proud by learning the sax and forming a punk/metal band.   My grandfather played and so did my little sister.   So far, the 9 year old's rocking the guitar and my 11 year old son's learning drums.

Weirdly enough, though, I recently did a video interview with the drummer, Alexei from Prong, who said he played sax, too.   And the same scenario happened in our video interview with the band,  The Royal Baths.   Their drummer also plays sax.  His parents flew in for their Empty Bottle Show and outed him.....much to the surprise of his bandmates, who only knew him as a drummer.  Not that I ever ask that as an interview question....it just came up in conversation.

So stoked we have Yakuza to break the sound barrier and pave the way for more avant-garde metal!


Help Locally--Yakuza Doc Kickstarter Campaign needs a serious kick in the ass!!   Pony up--this will be one for the archives and you can say YOU made it happen.   Click here for full kickstarter details.   Going till 6/23.

Here's an excerpt from a recent Reader article--by Miles Raymer
local filmmaker Justin Baron has been working off and on for almost a decade on a documentary about local metal group Yakuza, whose integration of jazzlike elements—front man Bruce Lamont plays a variety of saxophones—has made them a tough sell for mainstream metal audiences. The archetypal "band's band," they seem to have made fans out of half the metal musicians in the world, but without earning widespread popularity.
"I just feel called to do this," Baron explains, "and whatever that means for me, I have to incur the cost of that life decision to make this happen, you know?" He's currently putting the finishing touches on the doc, entitled Be That as It May: Yakuza's Seismic Consequence; it combines footage of the group in the studio recording 2010's Of Seismic Consequence (Profound Lore), live clips, and interviews with high-profile Yakuza fans, among them Greg Kot, Jim DeRogatis, modern-jazz heavyweight Ken Vandermark, and members of Mastodon, Celtic Frost, Neurosis, Municipal Waste, and more.
A couple weeks ago Baron launched a Kickstarter campaign to raise $10,500, hoping to pay for the editing, postproduction, manufacturing, and distribution of the film. The campaign runs till Sat 6/23, and incentives range from a thank-you e-mail from Baron (for a $5 donation) to one of Lamont's saxes (for $3,500). Baron says all the work he's put into the movie so far has been worth it, just for the experiences he's had in the burgeoning Chicago metal scene. "There's something going on right now, and Yakuza is definitely a big part of that," he says. "I just sort of felt like Charles Peterson from the 90s Sub Pop grunge era."


*also Bruce Lamont
Posted by Bonnie Kenaz-Mara at 10:20 AM