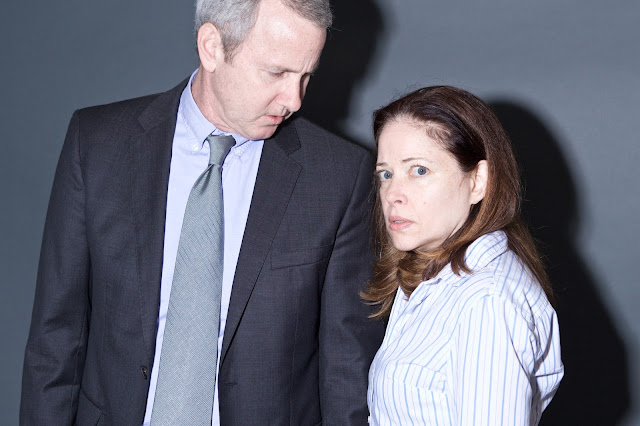 SOMETHING CLEAN will play June 16 – July 21, 2019 at Victory Gardens Richard Christiansen Theater, 2433 N. Lincoln Ave. in Chicago. Tickets are currently available at www.victorygardens.org, by calling (773) 871-3000 or in person at the Victory Gardens Box Office.

Charlotte has been a mother for nineteen years, a wife for three decades and a respectable community member her entire life. But when her son is incarcerated for sexual assault, Charlotte is forced to reckon with a brand new identity, both public and private. Desperate to find a way back to who she was, she seeks out work at a sexual assault crisis center and meets Joey, a volunteer coordinator and a survivor of assault himself, who allows her a glimpse of who she might be able to become. Can she find a new understanding of who she is? Or has someone else’s crime defined her forever? Inspired by today’s headlines, Selina Fillinger’s breathtaking new drama follows one woman’s struggle to make sense of her own grief, intimacy, culpability and consent.

Comments Sideshow artistic director Jonathan L. Green, "Selina's exquisite play is the fifth premiere to come out of our commissioning program, The Freshness Initiative, and we're so happy to be collaborating with our friends at Rivendell, whose mission aligns with our own so well in this case, to bring it to life in Chicago."

Rivendell Artistic Director Tara Mallen adds, “This new play unflinchingly exposes the complexities of a mother struggling to reconcile her guilt and rebuild her family after her son’s horrific act. Selina’s profoundly resonant voice offers our audiences a new perspective on what it is to bear your children’s sins and Rivendell is excited to be a part of sharing this provocative new work with Chicago audiences.”

Something Clean is supported in-part by The Elizabeth F. Cheney Foundation, Melinda McMullen and Duncan Kime. 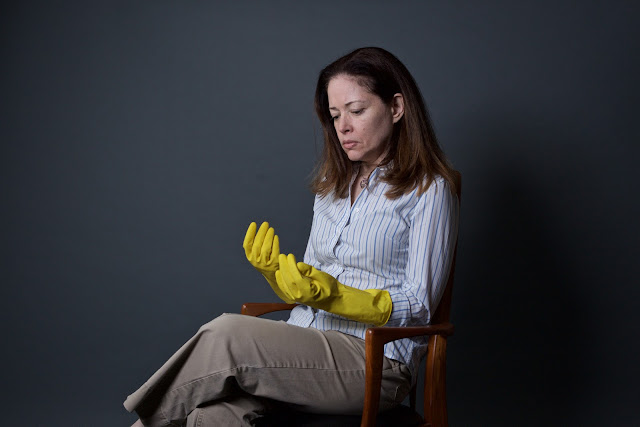 Mary Cross in a publicity image for Sideshow Theatre Company and Rivendell Theatre Ensemble’s Midwest premiere of SOMETHING CLEAN. Photo by Michael Tutino.

Lauren Shouse (Director) is thrilled to return to Rivendell after directing The Cake and Sideshow after the Freshness Initiative reading of Something Clean. Lauren is the Associate Artistic director at Northlight Theatre and a Jeff nominated director. Her recent directing credits include: What We're Up Against with Compass Theatre, The Legend of Georgia McBride at Northlight Theatre, Nice Girl and Betrayal at Raven Theatre; Avenue Q,  Rapture, Blister, Burn, Superior Donuts, and A Christmas Story at Nashville Repertory Theatre, Long Way Down with 3Ps productions;  Religion and Rubber Ducks with Ovvio Arte; Parallel Lives, The 25th Annual Putnam County Spelling Bee, The Last Five Years and Chess in Concert with Street Theatre Company; Rear Widow at Chaffin's Barn Theatre, and Sylvia Plath’s 3 Women. She received her MFA in theatre directing at Northwestern University where she directed Stop Kiss, Eurydice and In the Next Room or the Vibrator Play. In Chicago, Lauren has also worked with Steppenwolf Theatre, Goodman Theatre, Lookingglass Theatre, Route 66, The Gift, Chicago Dramatists, and Stage Left Theatre. www.laurenshousedirects.com

Sideshow Theatre Company and Rivendell Theatre Ensemble are proud to be part of the 2019 Year of Chicago Theatre, presented by the City of Chicago and the League of Chicago Theatres. To truly fall in love with Chicago, you must go to our theatres. This is where the city bares its fearless soul. Home to a community of creators, risk-takers, and big hearts, Chicago theatre is a hotbed for exciting new work and hundreds of world premieres every year. From Broadway musicals to storefront plays and improv, there’s always a seat waiting for you at one of our 200+ theatres. Book your next show today at www.ChicagoPlays.com. 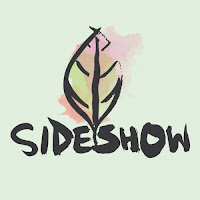 Sideshow Theatre Company: Theatre for the Curious. It is the mission of Sideshow Theatre Company to mine the collective unconscious of the world we live in with limitless curiosity, drawing inspiration from the familiar stories, memories and images we all share to spark new conversation and bring our audiences together as adventurers in a communal experience of exploration. 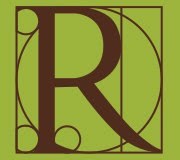 Rivendell Theatre Ensemble is a professional company dedicated to advancing the lives of women through theatre.

Rivendell was born out of a specific need: women theatre artists are vastly underrepresented in American theatre, a situation which limits the range of stories produced for audiences. This situation skews our perception of the American experience toward a predominantly male perspective presented by men and it limits career opportunities for women artists - which helps perpetuate the disparity. Rivendell’s mission counteracts these circumstances by providing women theatre artists a creative home where they can nurture, develop, and produce their craft and by producing plays where audience see new voices and stories, including, in many cases, their own.

Since our first production in 1994, Rivendell has staged 48 plays and been honored with 30 Joseph Jefferson nominations and 8 awards. We are a national force in new play development and a home for women theatre artists.

In 2011 Rivendell took up residence in its first permanent home, in Chicago's north side Edgewater neighborhood. This development has enabled significant expansion of the company's programming, from itinerate productions created one at a time to the full three-show seasons, arts education programs, ongoing new play development, and numerous opportunities to provide the audience with more access to the art and artists.