Haven Theatre announces the appointment of Ian Damont Martin as the company’s new Artistic Director and Angela Salinas as its Managing Director. Martin, who previously served as Associate Artistic Director, succeeds Josh Sobel, who has helmed the company as AD since August 2014. Sobel, who has been accepted into the MFA Directing Program at California Institute of the Arts, will serve as Associate Artistic Director through the season’s end and will remain active with Haven as an Artistic Associate thereafter. Salinas, who previously worked as General/Production Manager, succeeds Executive Director Carol Cohen, who will now serve as Haven’s Board President. 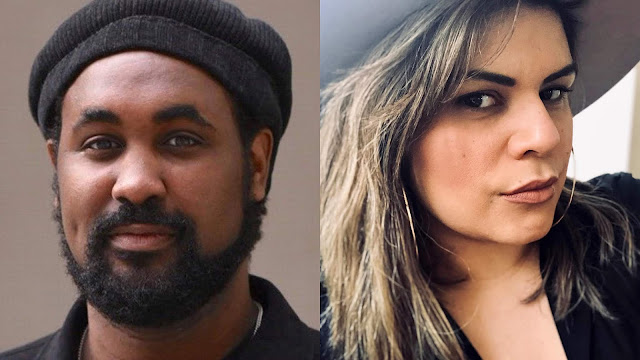 Comments Ian Damont Martin, “I am thrilled to be taking the reins of Artistic Director of Haven, joining a small but powerful network of arts and culture leaders of color. I look forward to stewarding the continued growth of the company, building on the remarkable foundation laid by my predecessor, Josh Sobel, and the whole Haven family. Haven’s mission is Next Generation, New Canon, Social Profit. I look forward to further realizing that mission. I look forward to the future of Haven and to the opportunity to help define the future of the American theatre.”

Managing Director Angela Salinas adds, “For the past two years since being a part of Haven, I truly have grown into someone that I never knew was possible. Both professionally and personally I am better because of this company, predominantly because of the culture that embodies it. There is no place like Haven. No place I have found such a feeling of home and security, yet the freedom to create change in my community. No place that celebrates more of who I am, where I’ve come from, and the type of leader I want to be. I am grateful and humbled by the opportunity given to me, especially from Carol Cohen, who believed in me, and trusted me fully to lead her company that I can only dream to be a part of.”

Outgoing Artistic Director Josh Sobel comments, “I am grateful to those who laid the foundation for this company, and in particular Carol Cohen, for empowering me to build upon that foundation in a way that was intensely personal to me. Haven has been a passion project, one rooted firmly in a belief in the power of the Event and a faith in the next generation of our industry, and I am so deeply proud of what we have achieved here over the past several years. In selecting Ian as the next Artistic Director, Haven is investing in the vision of someone with deeply held values, an exhilarating creative point of view, and a Future-oriented mentality to what we make, how we make it and why. I am overjoyed that he will be joined by Managing Director Angela Salinas, whose contributions to the health, growth and development of this company since joining Haven are simply incalculable. Working with them on this transition process has been a journey of inspiration, of shared beliefs and new ideas, and of a commitment to fostering the Future within Haven. I look forward to the continued evolution of this company.

Ian Damont Martin is a theatre/filmmaker currently based in Chicago. He leverages his experience as an artist, arts administrator, and facilitator to build transformative spaces for positive change. Alongside Haven, Ian is the Program Manager of Enrich Chicago, a non-profit that works to realize anti-racism and racial equity in the Chicago arts community. Ian has worked with a number of arts and cultural institutions in varying capacities, including Goodman Theatre, where he completed an Artistic Producing Apprenticeship funded by the Joyce Foundation. Ian has also worked with Middle Coast Film Festival, Sideshow Theatre Company, The Gift Theatre, Jackalope Theatre, The DuSable Museum, the National Society of Arts and Letters, Indiana University, Ivy Tech Community College, Midsommer Flight, Bloomington Playwrights Project, Youth Theatre Journal, and the Boys & Girls Club of Greater Cincinnati. He received his BA in theatre and drama from Indiana University and his diploma in drama from the School for Creative and Performing Arts in Cincinnati, OH.

Angela Salinas moved to Chicago in 2017 for the prestigious, year-long Production Management Apprenticeship at the Goodman Theatre. Before then she had previously worked in several regional theaters including: The Oregon Shakespeare Festival, The Shakespeare Theatre of New Jersey, and Cal Shakes. Later that same year, Angela joined Haven Theatre serving as the Assistant Production Manager for that season's Director’s Haven.  In January 2018, she was hired on as Haven’s General/Production Manager, and finally as of January 2019, Angela officially took the reigns as the full-time Managing Director of Haven. She couldn’t be more grateful for the opportunities Haven has given to her, especially Carol, Josh, and Krista. Angela wishes to thank her parents first and foremost for the unconditional support, and to her chosen family in Chicago who continue to inspire and give strength to persevere as a woman of color in this industry.

During his tenure as Artistic Director, Josh Sobel oversaw the re-articulation of Haven's mission and vision, and from that foundation curated the production of eight world, U.S. and area premieres in five seasons, earning praise and recognition from the Jeff Awards, Time Out Theater Awards and Alliance of Latinx Theater Artists Awards as well as common appearances amongst the "Best Of The Year" listings in the Chicago Tribune and Newcity Stage, among others. Haven's hit production of Young Jean Lee's We're Gonna Die (directed by Sobel) was invited to be remounted as part of Steppenwolf Theatre Company's LookOut Series in their 1700 venue and sold out its engagement. In 2015, Sobel founded the Director's Haven program, now entering its fifth year and recently featured online in American Theatre Magazine, with a focus on providing institutionally supported creative opportunities for directors at the very earliest moments of their careers. In 2016, Haven partnered with The Den Theatre to build out a new accessible venue, which became Haven's resident space and is named for renowned opera director (and Sobel's aunt) Janet Bookspan. Most recently Sobel has overseen a doubling of the company's staff (including Haven's first full-time Managing Director), facilitated Haven's first producing partnership with an outside organization (with About Face Theatre on The Total Bent), and in January of 2019 was named alongside Carol Cohen as one of Newcity Stage's "50 Players Who Perform for Chicago" in recognition of their accomplishments at Haven. 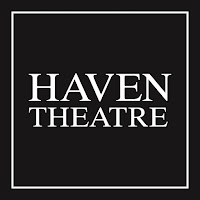 Posted by Bonnie Kenaz-Mara at 5:58 PM