Henrik Ibsen’s
A DOLL’S HOUSE,
adapted by Sandra Delgado
and Michael Halberstam and directed by Lavina Jadhwani;
and Anna Ziegler’s
THE LAST MATCH,
directed by Keira Fromm
to play in the Gillian Theatre

Here at ChiIL Live Shows, we're beyond excited for Writers Theatre's upcoming season. They've got a stellar lineup and some of our favorites slated to direct! Save the dates and order early for the best seat selection, or consider a season package.

Writers Theatre Artistic Director Michael Halberstam and Executive Director Kathryn M. Lipuma announce the company’s 2019/20 six play season, opening with Into the Woods, with music and lyrics by Stephen Sondheim, book by James Lapine, and directed by Gary Griffin in the Alexandra C. and John D. Nichols Theatre. The season will continue with The Niceties, written by Eleanor Burgess and directed by Marti Lyons; Lydia R. Diamond’s Stick Fly, directed by Ron OJ Parson; and Mementos Mori, created by Manual Cinema. A new adaptation of Henrik Ibsen’s A Doll’s House, adapted by Sandra Delgado and Michael Halberstam and directed by Lavina Jadhwani, will open the season in the Gillian Theatre, followed by Anna Ziegler’s The Last Match, directed by Keira Fromm.

The 2019/20 Season marks the fourth full season in the company’s award-winning new home at 325 Tudor Court in Glencoe, designed by Studio Gang Architects. Productions will be presented in two spaces in the theater complex including the 255-seat Alexandra C. and John D. Nichols Theatre as well as the Gillian Theatre, a 50 to 99-seat flexible theatre space.

From its very first year, Writers Theatre has brought quality and excellence to the stage while maintaining the company’s hallmark intimacy. The last 27 years have seen unprecedented growth in both the artistic and business arenas as the company has garnered national acclaim and recognition, marked by the celebrated opening of the Theatre’s new facility in February of 2016. With a longstanding reputation for consistent artistic excellence and with strong ties to the community, the Theatre has built an award-winning repertoire and serves as a vital and highly regarded company in the Chicagoland theatre community.

Artistic Director Michael Halberstam comments, “We are delighted to present to you the 2019/20 lineup for Writers Theatre. With a refreshing mix of revitalized classics and exciting new voices, we have compiled a season that captures the essential conversations we are having as a nation right now. Art has the primary function of holding the mirror up to nature but, in doing so, it must also entertain and engage. The messages we share with you this coming season are essential and necessary. But they will arrive skillfully and delightfully crafted to draw you into worlds of theatrical magic that encourage you to think about the world with nuance, empathy and, perhaps most importantly, imagination. In other words, we have compiled six “must-see” productions and have invited the Chicago area’s most exciting storytellers to bring them to thrilling and sophisticated life!"

See the classic fairy tale characters you think you know come to magical life in this smart and subversive musical theatre masterpiece by American icons Stephen Sondheim and James Lapine!

When a childless baker and his wife set out to lift their family curse by journeying into the woods, they encounter Jack (with his beanstalk), Cinderella (and her prince) and Little Red Riding Hood (and her wolf)! These familiar characters find themselves in decidedly unfamiliar circumstances and must brave the darkness of the woods in an effort to break the curse, conquer their fears and find out if what they’ve always wished for is what they truly want.

This epic fairy tale adventure will be reimagined in a newly-configured Nichols Theatre to be staged “in the round,” drawing audiences into a theatrical experience unlike anything you’ve seen at WT! With its celebrated score, stirring script and an extraordinary team of artists bringing it all to life, Into the Woods launches WT's 2019/20 Season as the musical theatre event of the summer. Chicago and Broadway Director Gary Griffin (Parade) returns to stage this Tony Award-winning musical about fairy tales, family and what happens after “happily ever after.”

This celebrated drama by the playwright of WT’s smash hit Hedda Gabler receives a sleek, streamlined interpretation that is unpredictable, fresh and captivating.

This focused one-act adaptation of the Henrik Ibsen classic reinvigorates the compelling story of the vibrant young Nora Helmer, deeply devoted to her husband Torvald. However, all is not as it appears: when Nora takes action to protect her husband, she unwittingly puts them both in jeopardy, testing the bonds of their marriage and forcing them to take stock of their relationship and ask themselves how well they truly know one another…

Directed by Lavina Jadhwani (Vietgone) and given an intensely intimate staging in the Gillian Theatre, A Doll’s House draws the audience into the middle of a combustible domestic moment as husband and wife must navigate truth and deceit, and determine whether their seemingly perfect life is truly the one they thought they always wanted.

What happens when theoretical arguments suddenly turn personal in the ivory tower of an elite East Coast university? Don’t miss the thrilling, provocative new play that The Washington Post calls “one of the best plays about who gets to tell the story of America, and how.”

In The Niceties by Eleanor Burgess, an accomplished Ivy League professor holds routine office hours with an ambitious young student to discuss her thesis: if history is written by the victors, who tells the story of the oppressed? Before long, quibbles over vocabulary and Wikipedia citations turn into a dangerous debate as both women passionately defend their perspective and their personal worldview—until one of them puts everything on the line to make her case.

This taut, intelligent new play will make you question your own assumptions and reevaluate whether generation gaps can be bridged while gaps in knowledge—and in experience—remain. Director Marti Lyons (Witch) returns to WT to stage this intellectual thriller of a play that examines equality, revolution and what happens when people set aside the niceties and reveal what’s really on their minds.

Sibling rivalries and parental expectations come to a head as family secrets emerge during a weekend away that becomes more “interrogation” than “relaxation” in this witty and moving rollercoaster of a family comedy-drama.

What begins as a relaxing summer weekend on Martha’s Vineyard escalates when the LeVay brothers bring their new girlfriends home to meet their affluent and imposing parents. But even as the newcomers find themselves under familial scrutiny, long-hidden family tensions bubble to the surface and by the end of the weekend, almost everyone at the Vineyard finds themselves under a microscope as they grapple with arguments about class, race and cultural expectations.

With all the passion and tension of a U.S. Open tennis final, The Last Match serves up a thrillingly theatrical look at what motivates our greatest ambitions and fuels our strongest desires.

When a young Russian tennis phenom and an American superstar in his prime meet at center court, it’s a tough call whether the greatest drama is playing out off the court or on! As the swift action volleys between primetime tennis matches and the most pivotal moments in the personal lives of the competitors and their equally driven romantic partners, sharp and insightful playwright Anna Ziegler (Photograph 51) draws you inside the minds of all four as they face challenges in sport, life and love. What results is a fast-paced and moving montage exploring family, the sacrifices we make for success and the legacy we leave behind.

Rising Chicago director Keira Fromm brings her finely-tuned vision to this gripping drama, staged in the intimate Gillian Theatre. You won’t want to miss this engrossing, rapid-fire take on what it means to finally achieve greatness, only to be left wanting more. In The Last Match, there is much more than just a championship on the line!

This whimsical performance piece allows the audience to experience a motion picture created right before their eyes, using creative shadow-puppetry, innovative projections and a live musical score to tell its transformative and charming story about life, death and what comes in between.

When the persona of “Death” unexpectedly finds herself in California, she trades her scythe for an iPhone and wanders Hollywood, “swiping right” on loss and introducing unexpected connections into the otherwise disparate lives of a ghost, a young girl, and an elderly projectionist. This ambitious show uses multiple puppets, seven overhead projectors, two cameras and three screens to create a live “movie” for the audience. Accompanied by four musicians playing an original score, along with live foley sound effects, the result is a rich mosaic of cinematic storytelling!


SEASON PACKAGES
Writers Theatre season ticket packages provide a convenient theatergoing experience and guarantee access to all of WT’s highly anticipated productions throughout the season. Six-play subscription packages are available, ranging in price from $249 to $389.

Three and four-play “Choose Your Own” Flex packages start at $199.

Pre-Show Conversation: Up Close
Join us at 6:45pm before every Thursday evening performance (excluding previews and extension dates) of all productions in the Nichols Theatre for a 15-minute primer on the context and content of the play facilitated by a member of the WT Artistic Team.

Post-Show Conversation: The Word
Join us after every Tuesday evening performance (excluding previews and extension dates) for a 15-minute discussion of the play, facilitated by a member of the WT Artistic Team.

Post-Show Conversation: The Artist
Join us after every Wednesday evening performance (excluding previews and extension dates) for a 15-minute talk-back featuring actors from the production, facilitated by a member of the WT Artistic Team. 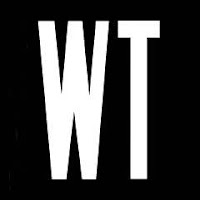 Under the artistic leadership of Michael Halberstam and the executive leadership of Kathryn M. Lipuma, WT has grown to become a major Chicagoland cultural destination with a national reputation for excellence, being called the top regional theatre in the nation by The Wall Street Journal. The company, which plays to a sold-out and discerning audience of more than 60,000 patrons each season, has garnered critical praise for the consistent high quality and intimacy of its artistry—providing the finest interpretations of both classic and contemporary theatre in its two intensely intimate venues.