SHOWS ON OUR RADAR: Theatre at the Center Presents Ghost The Musical Through October 14th, 2018

ChiIL Live Shows On Our Radar
Theatre at the Center in Munster, Indiana
Presents
Ghost The Musical

Theatre at the Center (TATC) and Director and Choreographer Linda Fortunato have cast Garrett Lutz in the role of ghostly hero Sam, Donica Lynn as psychic Oda Mae and Courtney Mack in the role of Molly Jensen for Chicagoland’s first regional production of the newly imagined Ghost The Musical. Previews begin September 13 with an Opening Night on September 16 and performances continuing through October 14.

Ghost The Musical features a Book by Bruce Joel Rubin and Music and Lyrics by Dave Stewart of The Eurythmics with Glen Ballard and Bruce Joel Rubin. Based on the hit 1990 romantic fantasy thriller film that starred Patrick Swayze, Demi Moore and Whoopi Goldberg, the musical had its world premier at the Manchester Opera House in March, 2011. It opened on Broadway at the Lunt-Fontaine Theatre in April 2012 before the first North American tour launched in September 2013.

Garrett Lutz returns to TATC where he appeared in last fall’s Big River. He received Jeff Award Nominations for his roles in Kokandy Productions’ Heathers: The Musical and The Full Monty. Other recent credits include playing Clifford Bradshaw in Cabaret at Paramount Theatre as well as Madagascar at Chicago Shakespeare Theatre and James and the Giant Peach at Drury Lane.

Donica Lynn last appeared at TATC in the 2009 hit Footloose the Musical. She recently appeared in Drury Lane Theatre’s Cat on a Hot Tin Roof, 42nd Street and Smokey Joe’s Café. Lynn won a Jeff Award for Best Actress for Dreamgirls at Porchlight Music Theater. Other credits include Confession of a P.I.M.P. at Victory Gardens and The Color Purple and Barnum at Mercury Theater.

Courtney Mack was seen last season in TATC’s production of Cabaret. Other recent theatre credits include Million Dollar Quartet and Mamma Mia! at Paramount Theatre, Urinetown at BoHo Theatre and Kokandy Productions’ Heathers: The Musical, which won her a Jeff Award for her role as Veronica Sawyer.

Linda Fortunato, director and choreographer of Ghost The Musical, is also TATC Artistic Director. Her TATC credits include directing Steel Magnolias, Big River, The Tin Woman, Cabaret, Annie Warbucks and A Christmas Story. She has been nominated for five Joseph Jefferson Awards for her work as a choreographer and director. She received both the Equity and Non-Equity Jeff Award for Outstanding Choreography in the 2013-14 season, garnering Theatre at the Center its first award for her choreography of 42nd Street.

This musical adaptation of the Academy Award winning film stars a score by Grammy Award winning songwriters and includes the classic “Unchained Melody” as it follows the love story of Sam and Molly. After his untimely death, Sam tries to protect Molly from a threat unknown to her, with the help of a storefront psychic.

"Called 'one of the finest love stories ever to hit the big screen,' Ghost is an iconic film that is not only romantic, but thrilling and funny,” Fortunato said.

“Centered around a love story between this world and the next, we look forward to bringing to the TATC stage the same charm in the Chicagoland premiere of this musical version of the story."

Fortunato, in her third season as TATC’s Artistic Director, is teamed with Richard Friedman, General Manager, and Ann Davis, Head of Production.

The TATC run of Ghost The Musical includes some new and exciting themed special event opportunities including a Friday and Saturday “Date Night” special $30 ticket price, when purchasing two or more tickets, and features a cash bar in the lobby.

There will also be a fun-filled Oct. 4 Ghost-themed Dinner & Theatre Night in the dining room at the Center for Visual and Performing Arts. The evening includes a pottery wheel exhibition by South Shore Arts with a pottery art sale, wine tasting hosted by Chef Joe Trama featuring the Canyon Road wine line, a table for spiritual readings by Psychic Paige and demonstrations of clay mud beauty mask treatments courtesy of SpaPointe & Hair Studio. Dinner & Theatre night combo tickets are $55 (plus tax). 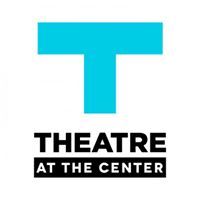 Founded in 1991, the 410 seat TATC is a year-round professional theater at its home: The Center for Visual and Performing Arts, 1040 Ridge Road, Munster, Indiana. TATC is an accessible venue with plenty of free parking. TATC is located off I80/94, just 35 minutes from downtown Chicago.

Performances are 2 p.m. Wednesdays and Thursdays; 7:30 p.m. Fridays: 3 p.m. and 7:30 p.m. Saturdays; and 2:30 p.m. on Sundays, with select Thursday and Sunday night performances. Individual ticket prices range from $42-$46. To purchase individual tickets, call the Box Office at 219-836-3255 or Tickets.com at 800-511-1532. Group discounts are available for groups of 11 or more. Student tickets are $20 (not available for Sunday performances) and gift certificates are also available.


For more information on Theatre at the Center, visit www.TheatreAtTheCenter.com.

Actors Courtney Mack and Garrett Lutz star in Ghost The Musical at Theatre at the Center.
Posted by Bonnie Kenaz-Mara at 2:01 PM

Email ThisBlogThis!Share to TwitterShare to FacebookShare to Pinterest
Labels: GHOST THE MUSICAL, opening, shows on our radar, TATC, theatre, Theatre at the Center