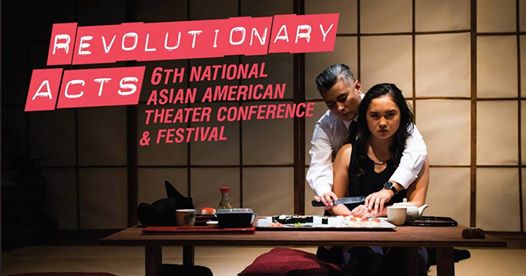 The 2018 Theme, Revolutionary Acts, will engage Chicago Community in Critical Theater and Dialogue

Over the course of six days, ConFest 2018: Chicago will explore the theme Revolutionary Acts, engaging attendees and the Chicago community in critical theater and dialogue regarding the intersection of art, leadership and organizational practice in the face of social injustice, inequity and active resistance in American culture. This theme will be realized through theater productions, plenary speakers, panel discussions, new play readings, workshops and special events. Most importantly, ConFest 2018: Chicago provides a space for Asian American theater practitioners and their allies from across the country to connect and build the relationships that help keep the community vibrant and alive. ConFest 2018: Chicago will be hosted in Chicago by Victory Gardens Theater, Silk Road Rising and The Theatre School at DePaul University.

"The peoples and cultures that connect Japan with Syria and Polynesia with Kazakhstan, can trace settlement in the Americas well before any present day borders. Yet in the crafting of national narratives, our stories were largely erased by those with more power than us,” said Jamil Khoury, founding artistic director of Silk Road Rising and CAATA board member. “This year's ConFest in Chicago is itself a ‘revolutionary act’, an intentional reversal of a deliberate erasure.  It represents yet another milestone in raising our voices and asserting our power. For if culture is defined by the artist, then the artist is unmistakably an activist. Or as I like to say, 'Don't Ask, Create!'"

Victory Garden Theater Artistic Director and CAATA Board Member Chay Yew said, “Victory Gardens is passionately committed to inclusion, diversity and equity on every level of our institution, from artists to audiences, from board to staff. We believe in bringing our world onto our stages and creating civic dialogue towards a more equitable nation. We are thrilled to open our home to the 2018 CAATA ConFest so that our Chicago theatre community can also learn and benefit from the best artistic and institutional practices in Asian American theatre.”

ConFest 2018: Chicago will include several notable plenary speakers and breakout sessions addressing topics including casting and union representation of Asian American performers. Speakers and sessions will be announced at a later date.

The six Festival productions included in ConFest 2018: Chicago are:

An evening of revolutionary proportions featuring a powerhouse mix of Chicago and national talent -- all hosted by the illustrious Emi Macadangdang and Jasmine! Kick off ConFest 2018 in style with a collection of sketch comedy, musical performances and celebrity sightings by some of Asian American theater’s most noted artists. Spend the evening with some of our closest CAATA friends, both old and new. Full lineup TBA.

Acquittal weaves together the story of four women unjustly imprisoned in Pakistan during General Zia-ul-Haq’s discriminatory Hudood Ordinances: Zahida, an activist jailed for her
political activity; Marium, a pregnant rape victim in prison because she refused an abortion; Jamila, a woman denied divorce by Islamic law, who murdered her abusive husband and Jannat Bibi, incarcerated in place of her son for theft. In this bleak 1980s prison, the women forge a bond that transcends their differences in class, ideology, and religious practice.

About Pan Asian Repertory Theatre
Now in its 41st milestone season, Pan Asian is the pioneer Asian American theater in New York City, the second most veteran in the nation, and is at the forefront of promoting pan-Asian cultural stories previously unseen on the American stage. It was founded in 1977 by Tisa Chang with the vision that Asian American artists can equally follow their artistic aspirations to reach the zenith in American theater. Its mission is to provide professional theatre opportunities for diverse Asian American artists to work under the highest standards of excellence and create new works that dignify and dispel stereotypes, focusing on stories of probing social justice issues. Pan Asian’s artistic distinction is seen in Off-Broadway productions, tours, educational outreach, and community service. The company has nurtured thousands of artists, with notable alumni including Lucy Liu, Daniel Dae Kim, and Wai Ching Ho from Marvel’s Defenders series.

#//
Written and directed by Pratik Motwani

A multimedia experience combining film, Prezi presentation, and physical theatre, EMBEDDED is a revolt against all identities that trap us. EMBEDDED follows the journey of a YouTube cyber celebrity – a virtual identity trapped in the algorithms of a social media platform, a world from which it is impossible to disconnect and all communication happens via a “wall.” Questioning notions of identity and image, reality and perception, this devised theatre piece explores our need for real connection and inclusion coupled with our inability to disconnect from our imposed virtual identities.

About Pratik Motwani
Originally from Mumbai, India, Pratik Motwani is a resident actor, teaching artist and company member with Dell’Arte International in California. Motwani creates, produces and tours original works of devised physical theater. Motwani tours internationally as lead performer with IMAGO Theatre (Portland, OR) in their world-renowned physical comedy and mask performance shows FROGZ and Zoo Zoo. He has served as a guest teacher for mask performance technique/devised physical theater at Pennsylvania State University, the University of California Berkeley, and the Michael Chekhov School in New York. Recent works include: #//

Pōhaku incorporates traditional Hawaiian chant, hula, contemporary dance, theater and
storytelling to explore compelling universal themes in the story of Hawaii’s native people,
including land loss and fractured identity. In this solo dance theater piece, Christopher K. Morgan connects his personal family story of outward migration away from Hawai'i to the illegal overthrow of the Kingdom of Hawai'i, the islands' colonial history and its present day status.

Set over the course of a business lunch in an unknown Japanese restaurant somewhere in the United States, 893 | Ya-ku-za follows an ambitious young assassin’s bid to become the first female member of the infamous Japanese crime syndicate. Over a meal of sushi, witty banter and quiet threats, 893 | Ya-ku-za explores the cost of ambition and change – questioning what it means to be first and what we’re willing to do to get there.

About GenEnCo
Founded in 2009, the Generic Ensemble Company is a fixture in Austin theater. Centering devised work by queer people of color, GenEnCo uses the Suzuki Method and Anne Bogart’s Viewpoints as principle training practices. Citations include: Open Meadows Foundation (2011, The Experiment), Q Rental Subsidy Grant (2012, The Experiment), B. Iden Payne Award for Best Original Script (2016, The Mikado: Reclaimed), and a two-year performance residency at the Dougherty Arts Center (2017-2019). GenEnCo has been featured on the cover of Austin’s free weekly newspaper, The Austin Chronicle, for its devised Asian American reclamation of the Gilbert and Sullivan operetta, The Mikado. Their recent production of Scheherazade, a devised work centering Middle Eastern narratives in the context of the “Muslim Ban,” was named one of the 10 most memorable theater productions of 2017 by the Austin-American Statesman, and an honorable mention for the Austin Chronicle’s top 10 “Theatre Riches” of 2017.

Set in Brooklyn 2017, Pillowtalk brings to life one night in the lives of Sam and Buck, a recently married interracial couple. Through a formal exploration of theatrical naturalism and the codified gender norms of ballet’s pas de deux, Pillowtalk queers the intersections of race, gender and class to illuminate how liberation and oppression co-exist in our most intimate spaces.

About Kyoung’s Pacific Beat
Kyoung’s Pacific Beat (KPB) is a peacemaking theater company based in Brooklyn, New York, which promotes a culture of peace through the production of new works of theater written and directed by Kyoung H. Park. The company develops its work over the course of multiple years, in collaboration with artists from different cultures and disciplines. Through research and engagement with local communities, KPB explores experiences of oppression and transforms the collected stories through radical experimentations with form. Its goal is to give voice to marginalized perspectives in society and bring together like-minded individuals that believe peace matters. KPB's work includes disOriented, Tala, and Pillowtalk. KPB is led by Kyoung H. Park, the first Korean playwright from Latin America to be produced and published in the U.S. and a 2010 UNESCO Aschberg-Laureate.

As a collective of Asian American theater leaders and artists, CAATA brings together local and regional leaders to work nationally toward the shared values of social justice, artistic diversity, cultural equity and inclusion. National conferences and festivals are held biennially in different parts of the country, reaching as wide a range of Asian American populations and communities as possible. Asian American theater artists and organizations are surveyed to find out their foremost concerns. CAATA then forms alliances with other theater groups of different affinities to advance mutual goals cooperatively and to exchange ideas and strategies. 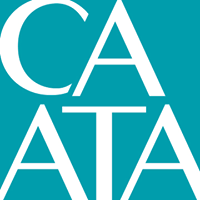 For additional information about the 2018 ConFest, including artist and speaker bios, ConFest passes, and single tickets visit CAATA.net.

The National Endowment for the Arts, Doris Duke Charitable Foundation and donors to CAATA’s 2018 Indiegogo campaign are generous supporters of this year’s ConFest in Chicago.
Posted by Bonnie Kenaz-Mara at 1:36 PM