OPENING: Crime and Punishment Through October 20, 2018 at Theater Wit

Shattered Globe Theatre Presents
CRIME AND PUNISHMENT
Adapted for the stage by Chris Hannan
Based on the novel by Fyodor Dostoyevsky
Directed by SGT Ensemble Member Louis Contey
September 6 – October 20, 2018 at Theater Wit 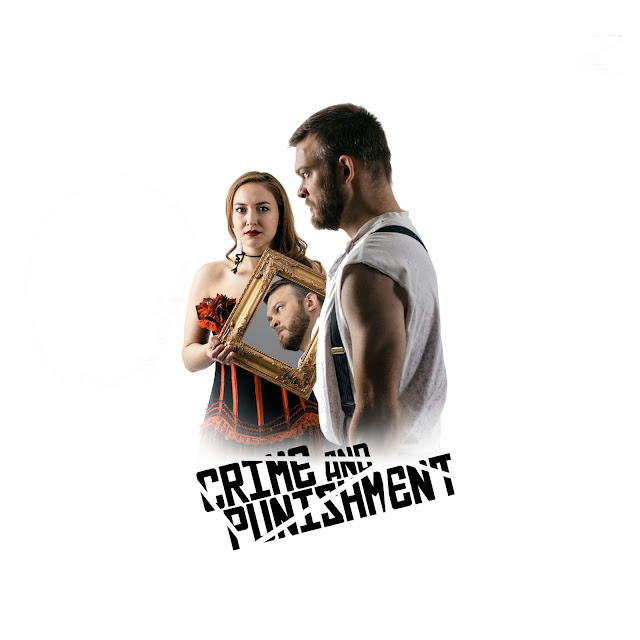 I'll be ChiILin' with Chi, IL's Shattered Globe Theatre at Theater Wit, for the press opening of CRIME AND PUNISHMENT September 9th. Check back shortly after for my full review.

One of the great stories of world literature comes to life in this fresh, theatrical adaptation featuring an ensemble of eleven actors as chorus and conscience. As Raskolnikov plays a dangerous cat and mouse game with a mercurial investigating magistrate, a psychological thriller unspools and probes how far humanity might go when driven by disillusionment and whether any crime can be justified by a higher purpose.

Comments Director Louis Contey, “Dostoyevsky is a master at creating complex and contradictory characters, and Chris Hannan has beautifully distilled the essential themes and motifs of this major 19th century novel. It has long been an ambition of mine to stage this classic, whose exploration of human isolation and disillusionment is so very timely.”

Chris Hannan’s (Adapter) work as a playwright has been produced by the Royal Shakespeare Company, the Old Vic, Shakespeare's Globe and the National Theatre of Scotland. His most recent play, What Shadows, opened at Birmingham Rep in October 2016 and was described by the Daily Telegraph as "the most provocative theatrical act of the decade." His 1990 play The Evil Doers was produced by the Bush Theatre in London and received a Time Out Award among other prizes, and in 1996 his highly-acclaimed Shining Souls won him a nomination for Lloyds Bank Playwright of the Year. In Scotland, he is best known for Elizabeth Gordon Quinn, which is widely studied and was re-mounted by the National Theatre of Scotland in the first year of its existence. In his plays, he often creates big central roles for women. The critic Joyce McMillan, writing in The Guardian, hailed Elizabeth Gordon Quinn as a "monstrous and magnificent heroine." The same critic described the central character of Shining Souls as a kind of Mother Courage cum Marilyn Monroe of the post-industrial wastelands and called the play a "funny and serious postmodern masterpiece."

Louis Contey (Director) marks his 23rd SGT collaboration with Crime and Punishment. For SGT, Lou has also directed The Heavens are Hung in Black ,The Tall Girls, In the Heat of the Night, A View From The Bridge, The Manchurian Candidate, A Streetcar Named Desire, All My Sons, Who’s Afraid Of Virginia Woolf?, Peter Pan, Les Liaisons Dangereuses, Warhawks and Lindberghs, Holy Ghosts, Judgment at Nuremberg, Requiem for a Heavyweight, The Whaleship Essex, Meet John Doe, The Lower Depths, Escape From Happiness, Real Classy Affair, Rocket to the Moon, Anna Karenina and Brilliant Traces. He has directed over 75 plays, among them The Master & Margarita, Marriage Play, The Diviners, A Midsummer Night’s Dream, Macbeth and Hamlet. He is an Associate Artist at TimeLine Theatre, where he directed Frost/Nixon, Awake And Sing!, The General from America, Lillian, Copenhagen, It’s All True, Pravda, Paradise Lost, A House With No Walls, The Apple Family Plays and The Price. He has also worked at The Goodman Theatre, Steppenwolf Theatre, Strawdog Theatre,Theatre at the Center, Buffalo Theatre Ensemble, Provision Theatre, Eclipse Theatre and American Theater Company. He is a twelve-time Jeff nominee and has received seven Jeff Citations, as well as an After Dark Award. He teaches part-time at The Theatre School/DePaul University where he received his MFA in Directing.