Hell in a Handbag Productions Presents
L'IMITATION OF LIFE
Adapted by Ricky Graham and Running with Scissors
Directed by Stevie Love
Through May 6, 2018 at Stage 773 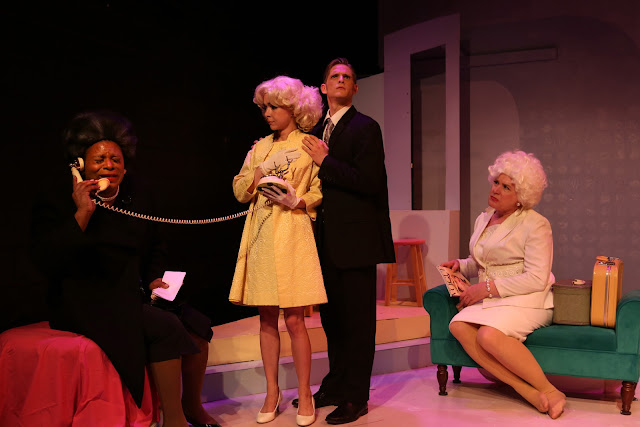 Review:
Hell in a Handbag Productions' latest is a revival of their 2013 hit L’IMITATION OF LIFE, a terrifically timely parody of the 1959 film Imitation of Life. This show is classic drag and high camp of the highest order, exploring race and class, mothers and daughters, and looking fabulous in your dead aunt of questionable fashion sense's size 22 wardrobe! 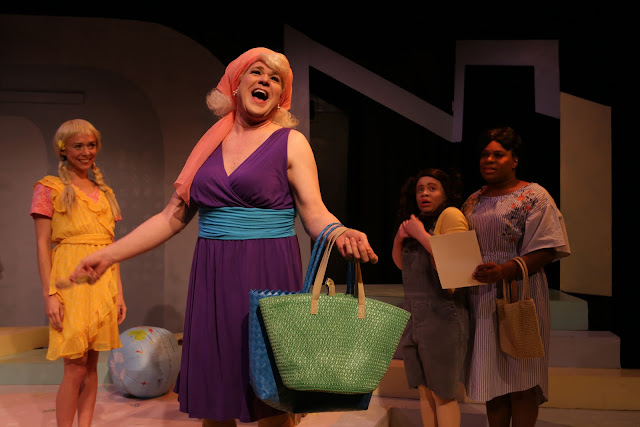 Handbag ensemble member Ed Jones* (Lana Turner) and Robert Williams (Annie Johnson) killed it as the classic movie diva and domestic duo. L'Imitation is full of amusing affectations, a script to die for, and talent to spare. Daughters Katherine Bellantone (Suzie Turner) and Ashley J. Hicks (Sara Jane Johnson) are also standouts in their Hell in a Handbag debut. 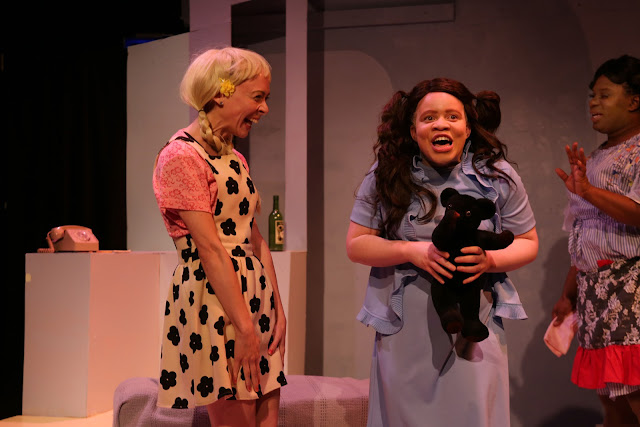 The parody goes far beyond the original movie, with witty wordplay galore on theatrical and movie titles. The backdrop screen work is a wonder, and too much fun, from the first rolling credits through the altered iconic photo shoots. 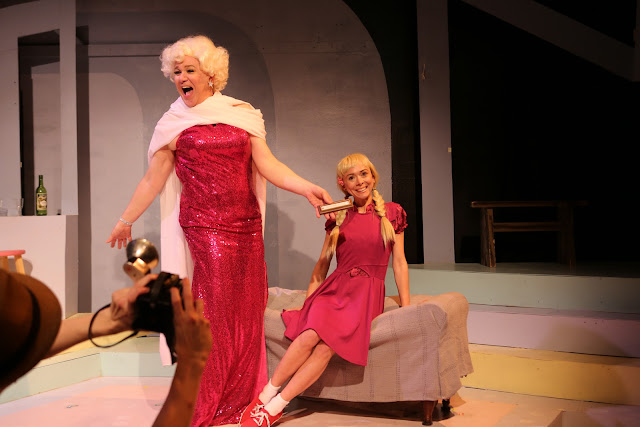 L'imitation manages to hit on the cringeworthy themes of prejudice, pedophilia, homicidal children, closeted gay boy toys, self absorption, parental neglect, passing for white, racism, runaways in the sex industry, and even a racially motivated hate crime attack, with more than a measure of hilarity. This retro favorite is perfect fodder for a drag makeover and Handbag does it with panache! 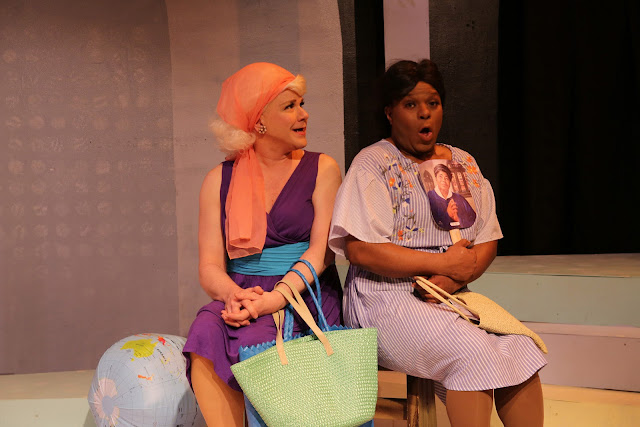 Hell in a Handbag Productions is a true Chicago treasure and a fun favorite of ours here at ChiIL Live Shows. L'imitation of Life is highly recommended and now playing at Stage 773 through May 6th. 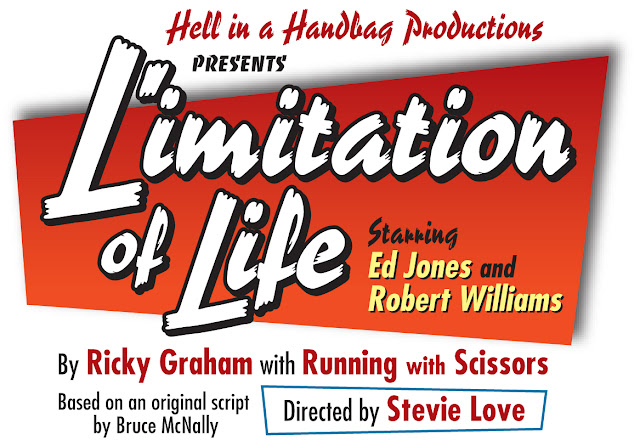 Hell in a Handbag Productions is pleased to kick off its 2018 Season with a revival of its 2013 hit L’IMITATION OF LIFE, a dead on parody of the 1959 film Imitation of Life about race, mothers and daughters – and looking fabulous! Adapted by Ricky Graham and Running with Scissors and directed by ensemble member Stevie Love*, L’IMITATION OF LIFE will play March 31 – May 6, 2018 at Stage 773, 1225 W. Belmont Ave. in Chicago. Tickets are currently on sale at www.handbagproductions.org (through Stage 773) or by calling (773) 327-5252. 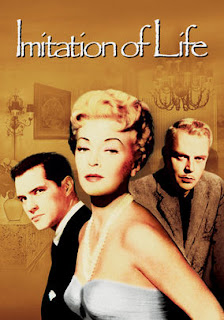 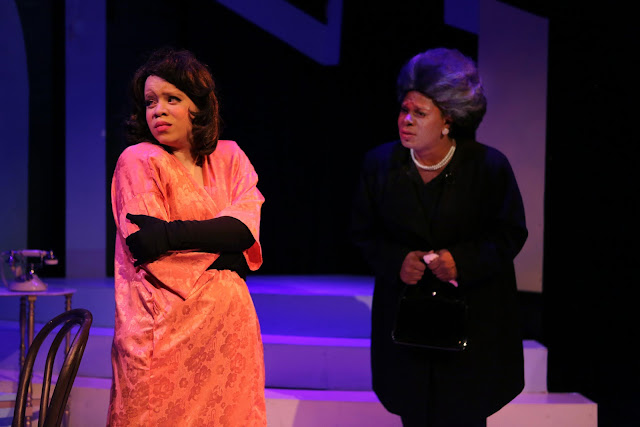 In this hilarious parody of the 1959 film Imitation of Life, Lana Turner is a determined white widow and single mother with aspirations of becoming a Broadway sensation. When Lana meets Annie Johnson, a struggling single African-American mother, the two team up and take on the world as Lana does “whatever it takes” to make it in show business – while Annie takes care of the homestead and raises both daughters.

The two women face insurmountable challenges led by their daughters. There's the blonde, perky and “so white it's frightening" Suzie, daughter of Lana Turner, and the raven-haired rebellious light-skinned beauty, Sara Jane, daughter of Annie. Sara Jane learns the hard truth about acceptance and the color of your skin – especially when she tries to “pass” as white. 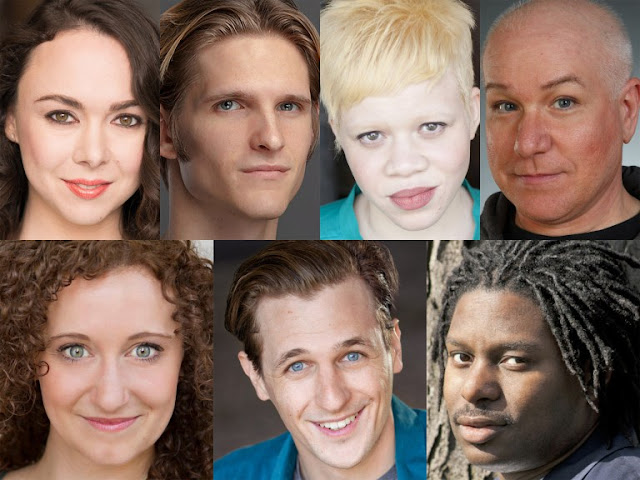 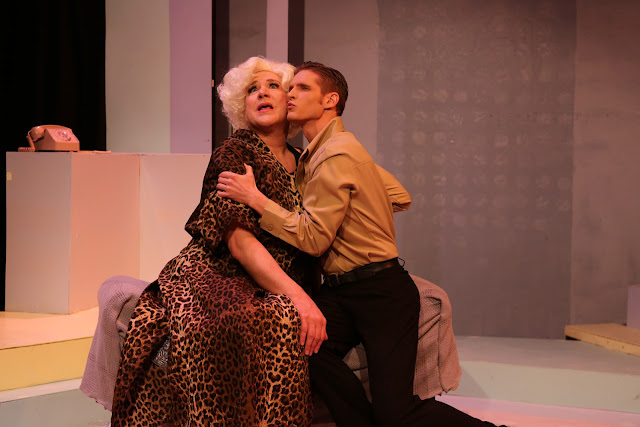 About the Director
Stevie Love is a Handbag ensemble member. Creative credits include last year's production of Lady X (director/choreographer, HIAH), Northlight Theatre's production of Charm (choreographer), Caged Dames (choreographer, Jeff nomination). Performing credits include Miracle! (Helen) with HIAH (Jeff nomination); Kin Folk (Arethin) and Stanley in the Name of Love (Stanley) with The New Colony. Stevie has worked on stages on the East Coast, the Midwest and throughout the Caribbean aboard Disney Cruise Lines. He also works as a teaching artist for the professional teen performers of The Talent Machine Co. on the East Coast. 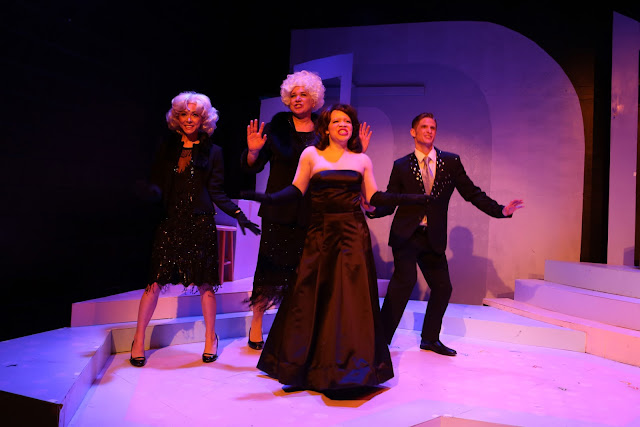