REVIEW: Gift's Creepy Comedic Hang Man Not What You Think 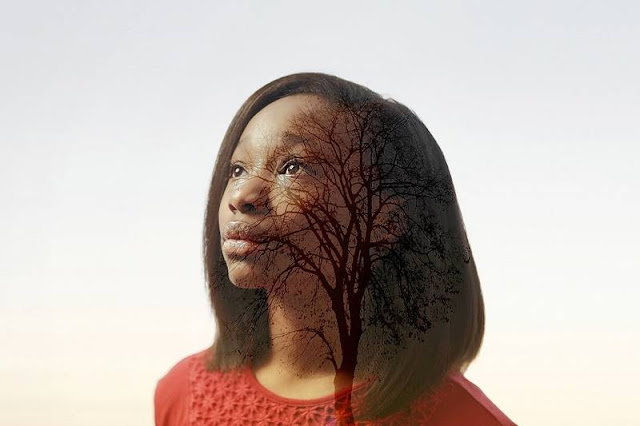 Review:
Uncomfortable yet? You should be. Sometimes theatre is meant to entertain and amuse. Sometimes it's meant to enlighten, enrage or engage. Hang Man falls into the later category. If your emotions and intellect aren't challenged by Hang Man, you're not paying attention. I find it very interesting that without seeing the production, enough people were offended by some of the press imagery of a black man hanging in a noose, that Gift Theatre was compelled to censor the photos, from the backlash, even though the scenario is not in actuality a lynching or even a murder. I won't say more, to keep this review as spoiler free as possible so audience members can experience the story in real time, as it unfolds. 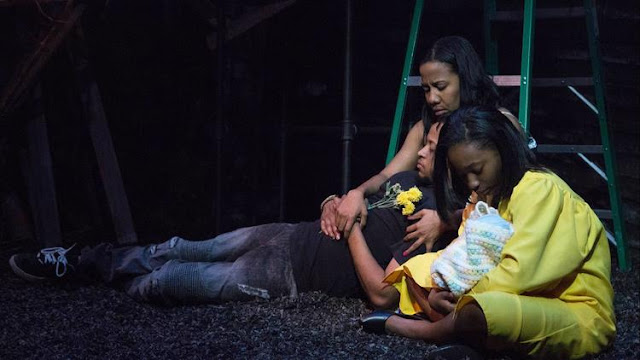 
In my mind, that means Stacy Osei-Kuffour and Gift Theatre are doing their job. The playwright has stated her goal is to bring untold stories to the stage and screen that challenge our political, societal and stereotypical views of the Black experience. Hang Man is a challenge to digest. It's not for the easily unnerved, with disturbing elements of sex and death intermingled, racism, odd obsessions, self inflicted pain, violence, and edgy subject matter. To say it's a darkly comical piece is putting it lightly. 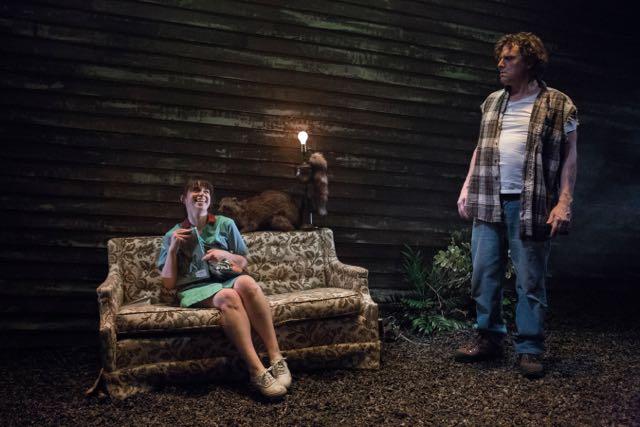 This production takes no prisoners and soft pedals nothing, but in an era where nothing's shocking and real news is over the top, sometimes it take a production like HANG MAN to shake audiences from their apathy, inertia, knee jerk reactions, and preconceived ideas. That said, I'm glad to have seen it and think it's worth checking out, for mature audiences who enjoy the absurdist genre and are open to a piece at least as disturbing as it is comedic. Recommended. 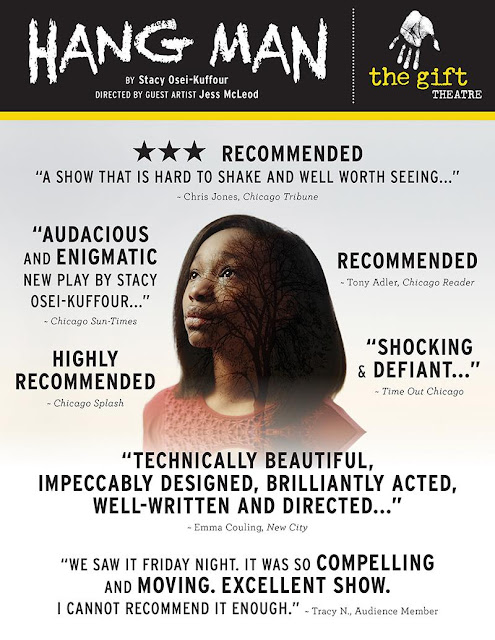 The Gift Theatre is pleased to launch its 17th season with the world premiere of Stacy Osei-Kuffour’s haunting and often-humorous drama HANG MAN, directed by guest artist Jess McLeod, playing March 2 – April 29, 2018 at 4802 N. Milwaukee Ave. in Chicago. Single tickets and season subscriptions are currently available by calling the Gift’s box office at 773-283-7071 or visiting thegifttheatre.org.

The community of a backwoods Southern town grapples with the murder of a black man who is found hanging in a tree. As events unfold, the hanging mystifies the people of the community, forcing them to confront their complicity in this man’s horrific demise. Osei-Kuffour’s darkly comical, heartbreaking play, which recently made the prestigious 2017 Kilroy’s List, uses absurdity to explore racism, sexuality and the parts of American history we would all like to forget.

Comments Artistic Director Michael Patrick Thornton, "The Gift is honored to produce the world premiere of HANG MAN. Stacy Osei-Kuffour's voice is singular, bold, incisive and humorous. The moment we finished her play, we were shook, terrified, and knew we had to embrace it. HANG MAN demands to be experienced right now; experiencing it in the intimacy of The Gift will simply be unforgettable."

Stacy Osei-Kuffour’s (Playwright) previous plays include The Painter (Samuel French Festival finalist); Breathless, workshop productions at the Dream Up Festival & Downtown Urban Theater Festival (both at Theater for the New City); Dirty Blood, reading at Rattlestick Theater; Animals (Irv Zarkower Award winner through Hunter College), readings: Lark Development Center, NYTW, Blank Theatre and IAMA Theatre; The Pearl and The Black Sea (Honorable Mention in The Kilroy’s 2015 The List); Hang Man, Bay Area Playwrights Festival finalist, Boston Court New Play finalist, O’Neill’s National Playwrights Conference semi-finalist and The Kilroy’s 2017 The List. This past year, Stacy was accepted into EST in LA, Youngblood, New Georges the Jam, Nashville Repertory Theatre’s Ingram Play Lab alongside Christopher Durang and Humantias PLAY LA Workshop. In addition, Stacy became a two-time Van Lier finalist at the Lark Development Center. Stacy just finished writing for the TV show Happy!, which will air on the SYFY network this December. Currently, Stacy is writing for the HBO TV show Watchmen, set to air in 2019. Stacy’s goal is to bring untold stories to the stage and screen, stories that challenge our political, societal and stereotypical views of the Black experience. She holds a BFA in Acting from NYU and an MFA in Playwright from Hunter College.

Posted by Bonnie Kenaz-Mara at 1:34 PM