Here at ChiIL Live Shows we're elated that the award winning Shattered Globe Theatre is presenting another Chicago Premiere, Rachel Bonds' Five Mile Lake. We'll be out for the press performance on Sunday, January 14th, so check back soon for our full review.

Shattered Globe Theatre is pleased to continue its 2017-18 Season with Rachel Bonds’ new drama FIVE MILE LAKE, directed by Cody Estle. This Chicago premiere asks the question, “In this rapidly transforming world, when is the right time to make a major change in your life? What holds you back?” FIVE MILE LAKE will play January 11 – February 24, 2018 at SGT’s resident home Theater Wit, 1229 W. Belmont Ave. in Chicago. Tickets go on sale Wednesday, November 15 at www.shatteredglobe.org, by calling (773) 975-8150 or in person at the Theater Wit Box Office. 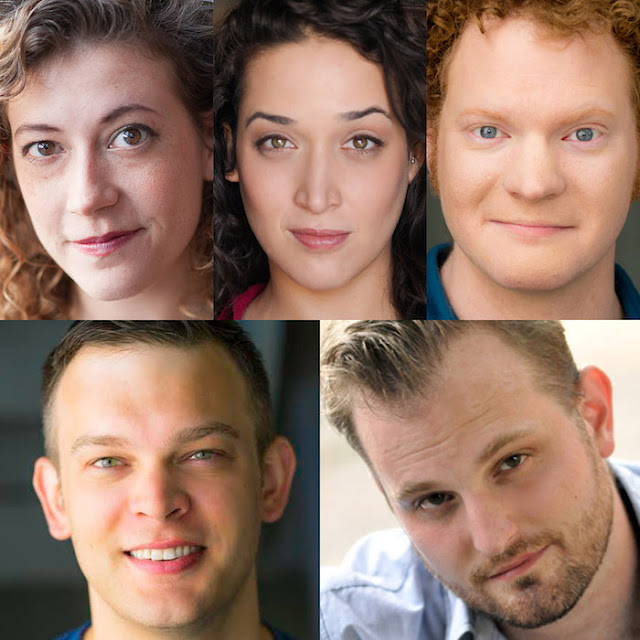 Five young adults approaching thirty navigate an unexpected reunion in a small Pennsylvania town: the kind of claustrophobic place that most kids grow up ready to leave. On the banks of a frozen lake, each struggles to make a new choice – the “right” choice – and comes face-to-face with the choices they have already made.

Comments Director Cody Estle, “Five Mile Lake is a funny and moving portrait of small town people –both the people who stayed and the people who moved away. Sometimes everyone else’s life looks better from a distance but what really defines happiness? Coming from a small town myself and being around the age of these characters brings a special connection – it’s a story that I'm eager to tell. It’s filled with family, dreams and hope – I think it will engage, move and inspire audiences.”

Playwright Rachel Bonds adds, “I wrote this play because I was thinking a lot about the place I’m from and about the constant push-pull I feel about it. At times I think there’s nowhere I feel more at home than in that tiny, tiny mountain town – and times, walking down the whirling, vibrating, city streets, when I can’t believe I managed to spend 18 years there. I wrote this play because I was interested in that conflict in me, and because I was interested in how we look for and find home when we’ve lost our way.”

Producing Artistic Director Sandy Shinner comments, “The writing in Five Mile Lake is a gift to actors as they explore the tension between what the characters say and what they feel. In this season of all Chicago premieres, Shattered Globe is excited to welcome playwright Rachel Bonds to our theater. She’ll be joining us during the creative process and we look forward to introducing her to Chicago’s theater community and our audiences.”

Cody Estle (Director) is the newly appointed Artistic Director of Raven Theatre. Directing credits include By The Water at Northlight Theatre; The Assembled Parties, A Loss of Roses, Dividing the Estate, Vieux Carré (named by Chicago Tribune as one of the Year's Best in 2014), Good Boys and True, Brighton Beach Memoirs, Boy Gets Girl and Dating Walter Dante at Raven Theatre; American Hero at First Floor Theatre; Scarcity at Redtwist Theatre; The Seagull and Watch on the Rhine at The Artistic Home; Don't Go Gentle at Haven Theatre; Uncle Bob at Mary-Arrchie Theatre Company and Hospitality Suite at Citadel Theatre. He’s had the pleasure of assistant directing at Steppenwolf Theatre, Northlight Theatre, Marriott Theatre, Goodspeed Musicals, Court Theatre, Writers Theatre, Next Theatre and Strawdog Theatre. Estle is an associate member of SDC and a graduate of Columbia College Chicago.