ChiIL Live Shows On Our Radar:
THEY
Written by Stanislaw I. Witkiewicz
Translated by Daniel Gerould & C.S. Durer 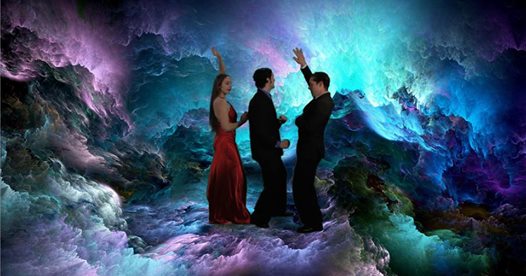 “They are running everything but no one knows who THEY actually are?” Using the text of Stanislaw Witkiewicz, They examines who THEY are and if the secret government really exists.


Adapted and Directed by:
Beata Pilch


They tragically examines how the beauty in love and art is poisoned by the toxic remedy of normalization and the destruction of freedom and imagination.

Stanislaw I. Witkiewicz (1885-1939) is one the most brilliant figures of the European avant-garde, Witkiewicz was a poet, painter, playwright, an expert on drugs, an early spokesman for a radically non-realistic theatre and an original philosopher and social critic of mass culture, post-industrial society, and the rise of totalitarianism. He was also a pioneer in serious experimentation with narcotics and prophetically recognized the growing importance that they would have on Western civilization. Politics, revolution, and even art were similar “drugs.” Witkiewicz committed suicide shortly after the outbreak of War in September of 1939. He is best known for his plays The Madman and the Nun, The Mother, The Water Hen, The Anonymous Work, and The Shoemakers.


Beata Pilch- (Director) born in the Polish district of Chicago, holds a Bachelor's Degree in Acting from the United States International University in San Diego, California, and a Master's Degree in Acting from the California Institute of the Arts in Valencia, California. Pilch founded Chicago's Trap Door Theatre in 1990 and still presides as its Artistic Director. She cultivated her life-long fascination with the avant-garde and obscure as a graduate student at the California Institute of the Arts.  A Chicago native and frequent European traveler, she felt that a company that combined bold and physical European acting technique with rich European theatrical literature would provide Chicago's entertainment scene with a unique and vibrant voice. Past favorite directing credits include: Madman and the Nun, Nana, Quills, The Bitter Tears of Petra Van Kant, The Fourth Sister, The Unveiling, Vatzlav, The Shoemakers, The Crazy Locomotive. Most recently, Beata directed Blood on the Cat’s Neck in Barcelona, Spain. She is a featured performer in the work of international multi-media visual artist Catherine Sullivan. She has performed in over 60 Trap Door productions and has toured abroad annually with the company to France, Romania, Hungary, and Poland. She will perform in the next touring production Occidental Express at the international theatre festival in The Republic of Moldova next fall, 2018. 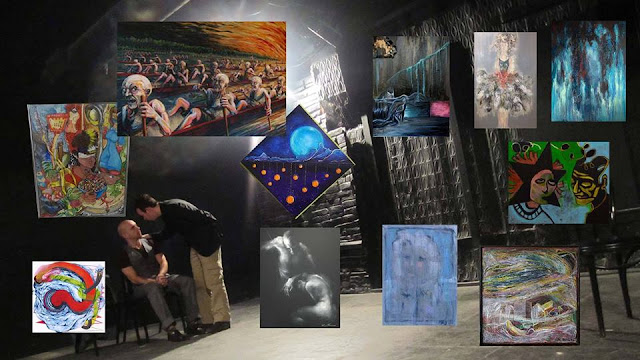 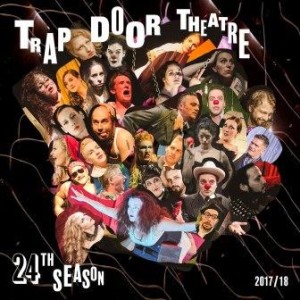 Posted by Bonnie Kenaz-Mara at 5:14 PM

Email ThisBlogThis!Share to TwitterShare to FacebookShare to Pinterest
Labels: opening, shows on our radar, Theatre Chicago, THEY, Trap Door Theatre