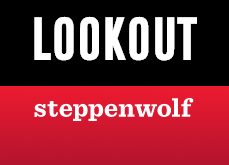 Steppenwolf’s LookOut Series is pleased to announce their exciting Winter 2017-18 Lineup, which will feature two-time Tony Award winner Chita Rivera in Concert with Seth Rudetsky as pianist and host. The one-night-only event will be on Monday, December 11 at 6:30pm in Steppenwolf’s Downstairs Theatre (1650 N Halsted). Public tickets go on sale Friday, November 3 at 11am. Member Pre-Sale for the Chita Rivera concert starts Wednesday, November 1 at 11am.

Two-time Tony Award winner Chita Rivera performs alongside Sirius XM Radio host and creator/star of Broadway's Disaster! Seth Rudetsky as pianist and host. This unscripted evening will feature Rivera performing the greatest hits of her vast musical theater repertoire, including songs from her now legendary roles of Anita in West Side Story, Rose in Bye Bye Birdie and Velma in Chicago. Produced with Mark Cortale, the evening will be a seamless mixture of intimate, behind-the-scenes stories of her career through insightful, funny and revealing questions posed by Rudetsky. An acclaimed actress, singer and dancer, Rivera has earned 10 Tony nominations for her beloved Broadway roles. This spontaneous evening of hilarity and show-stopping songs is not to be missed.

Tickets to most Winter LookOut programming go on sale Friday, November 3 at 11am through Audiences Services (1650 N Halsted), 312-335-1650 and steppenwolf.org. Steppenwolf Red and Black Card Members may use credits towards shows in the 1700 Theatre. Lineup below; prices vary. For information, visit steppenwolf.org/lookout.

Steppenwolf’s 1700 Theatre is an 80-seat cabaret-style space connected to Steppenwolf’s own Front Bar: Coffee and Drinks at 1700 N Halsted St., an inviting space to grab a drink, have a bite, or meet up with friends and collaborators, day or night. Guests can take drinks into the theater.

She's Folks' Holiday Hootenanny
Thursday, December 7 & Friday, December 8
8pm
$18
The Folks are hitchin' up the sleigh to bring you their signature Story, Song and Sass - with a seasonal twist. Join Betsy Morgan and the Boys as they celebrate the holidays with charming tales, Yuletide classics and a medley of holiday hymns, as well as original tunes.

Bette Midler: Xmas at the Baths
Tuesday, December 12 & Wednesday, December 13
8pm
$25
Hell in a Handbag presents Caitlin Jackson as Bette Midler in the return of their steamy cabaret sensation - with a holiday twist! A live tribute to the legendary shows at New York's infamous Continental Bath House with Jeremy Ramey on piano and a slew of special guest stars to help ring in the holidays - Handbag style!

Chita Rivera in Concert with Seth Rudetsky
Monday, December 11
6:30pm
$79-$150
Two-time Tony Award winner Chita Rivera performs at Steppenwolf for one-night-only alongside Sirius XM Radio host and creator/star of Broadway's Disaster! Seth Rudetsky as pianist and host. This unscripted evening will feature Rivera performing the greatest hits of her vast musical theater repertoire, including songs from her now legendary roles of Anita in West Side Story, Rose in Bye Bye Birdie and Velma in Chicago.

Steppenwolf Member Pre-Sale for this performance starts November 1 at 11am.

The Accidental Curator
By Molly Regan
Directed by Mary B. Robinson
Friday, January 12 – Sunday, January 14
Friday and Saturday 8pm
Sunday Matinee 2pm
$40
With equal amounts of wry humor and warm wisdom, Steppenwolf ensemble member Molly Regan takes on one of life's most challenging-but-under-appreciated rites of passage in this solo show: becoming the keeper of the keepsakes, repository of family memory, appraiser and disseminator of the valueless and the invaluable.

The Przmatics: Chicago Songs
Tuesday, January 30
8pm
$10
Join The Przmatics for an evening of quirky power-pop with jazz harmonies filtered through garage band mentalities. This performance features songs written in and about the city of Chicago and will showcase special guests from the local scene performing new collaborations.

YOU & ME
Thursday, February 8
8pm
$20
YOU & ME is a two-person, entirely improvised, no suggestion set with Michael Patrick Thornton and a guest artist. Hilarious, horrifying, and human.

Thank the Lorde!
By Po’Chop
Friday, February 16 - Sunday, February 18
Friday and Saturday 8pm
Sunday Matinee 2pm
$20
The spirit moves in Po'Chop’s Thank the Lorde! This tribute to the revolutionary women who work together as friends and lovers is church service as performance. Filled with secular interpretations of all your favorite sacraments. Only this time, the object of worship is a Black Lesbian Feminist doing her work. Have you done yours?

We Three: Loud Her. Fast Her. Funny Her.
Monday, February 26 & Tuesday, February 27
8pm
$25
Meghan Murphy, Danni Smith, & Cassie Slater are three giants (literally they're all 5'10+) in the musical theatre world. Here, they join forces to sing about the sweet release of a well-timed belly laugh and the life affirming power of a new found friendship.

LookOut is Steppenwolf’s performance series that presents the work of artists and companies across genre and form, emerging artists and performance legends, quintessential Chicago companies and young aspiring ensembles, familiar Steppenwolf faces and new friends. Tickets to all LookOut programming are available through Audience Services (1650 N Halsted), steppenwolf.org or 312-335-1650. Prices vary for each show. Steppenwolf Red Card and Black Card Members may use credits towards any LookOut programming. The LookOut Series is presented year-round and announced on an ongoing basis. John Zinn, Greta Honold and Patrick Zakem are the producers for LookOut. For more information, visit steppenwolf.org/lookout.

Located in front of the 1700 Theatre is Steppenwolf’s café & bar, Front Bar: Coffee and Drinks, offering a warm, creative space to grab a drink, have a bite, or meet up with friends and collaborators, day or night. Open Tuesdays – Sundays from 8am to midnight, Front Bar serves artisanal coffee and espresso is provided by La Colombe and food prepared by Goddess and Grocer. The menu focuses on fresh, accessible fare, featuring grab-and-go salads and sandwiches for lunch and adding shareable small plates and desserts for evening and post show service. www.front-bar.com.

Steppenwolf Theatre Company is the nation’s premier ensemble theater. Formed by a collective of actors in 1976, the ensemble today features 47 members who represent a remarkable cross-section of actors, directors and playwrights. Thrilling and powerful productions from Balm in Gilead to August: Osage County—and accolades that include the National Medal of Arts and 12 Tony Awards—have made the theater legendary. Steppenwolf produces hundreds of performances and events annually in its three spaces: the 515-seat Downstairs Theatre, the 299-seat Upstairs Theatre and the 80-seat 1700 Theatre. Artistic programing includes a seven-play season; a two-play Steppenwolf for Young Adults season; Visiting Company engagements; and LookOut, a multi-genre performances series. Education initiatives include the nationally recognized work of Steppenwolf for Young Adults, which engages 15,000 participants annually from Chicago’s diverse communities; the esteemed School at Steppenwolf; and Professional Leadership Programs for arts administration training. While firmly grounded in the Chicago community, nearly 40 original Steppenwolf productions have enjoyed success both nationally and internationally, including Broadway, Off-Broadway, London, Sydney, Galway and Dublin. Anna D. Shapiro is the Artistic Director and David Schmitz is the Executive Director. Eric Lefkofsky is Chair of Steppenwolf’s Board of Trustees. For additional information, visit steppenwolf.org, facebook.com/steppenwolftheatre, twitter.com/steppenwolfthtr and instagram.com/steppenwolfthtr.
Posted by Bonnie Kenaz-Mara at 2:43 PM