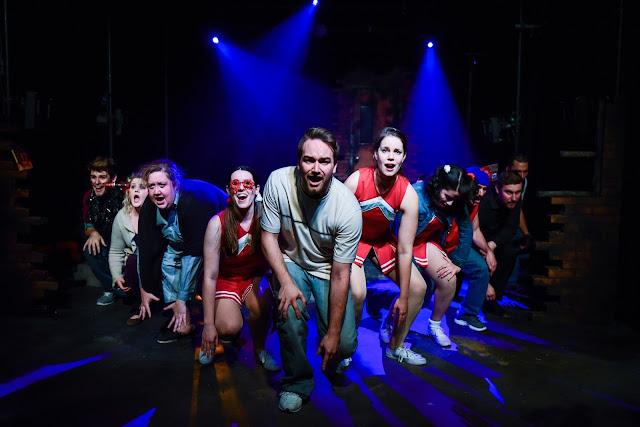 Review:
Halloween season is ripe for gory stories, and Underscore delivers, in a hidden little storefront, Arkham theatre in Uptown, named specifically for this production. Note: The Arkham was the asylum in the Carrie-verse, which is in turn named for H.P. Lovecrafts' fictional town. Don't forget to "check in" to the asylum on social media!

Underscore Theatre's macabre musical parody takes place 10+ years after the fateful, pig blood infused prom night, when bullied Carrie White went homicidal. What this low budget production lacks in stage blood it more than makes up for with laugh inducing melodrama, soaring songs, and copious use of the word telekinesis. Underscore Theatre scores again with a creative, over the top parody that makes poking fun at it's subpar namesake far more fun than the original. With plenty of catchy tunes, dramatic gestures, and larger than life characters, Carrie 2: The Rage (An Unauthorized Musical Parody) makes for a fun night out. 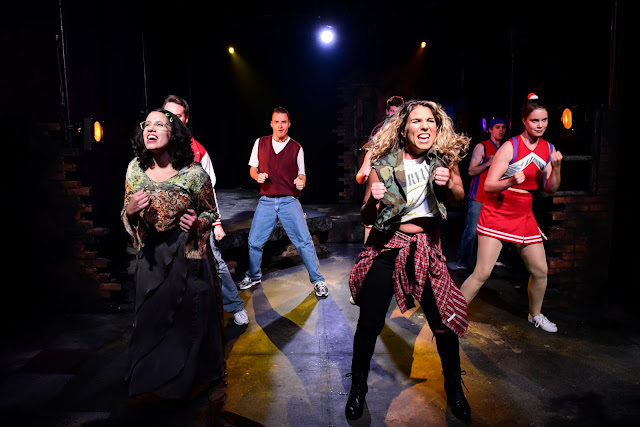 We were already booked on the press preview, so we ducked in last night for their packed house, Monday show. We caught two understudies, Miki Byrne as Amy and Taylor Snooks as Lisa/Monica. The whole cast was tight and a delight to see, particularly the women. The boy band moves of the football team are a hoot, too, even as they sing about threatening with physical violence. 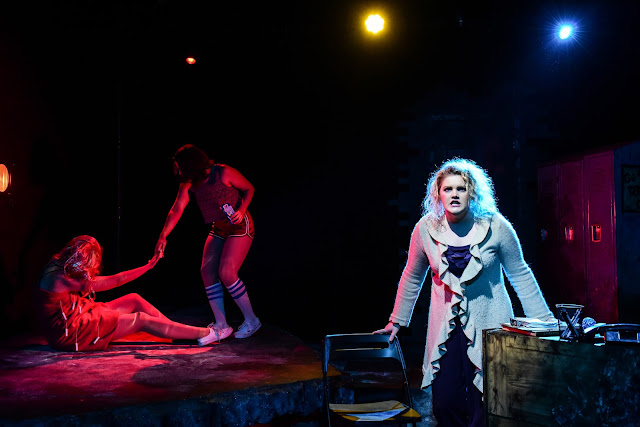 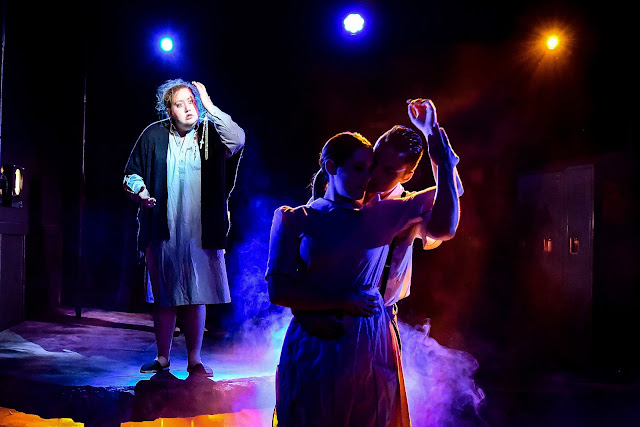 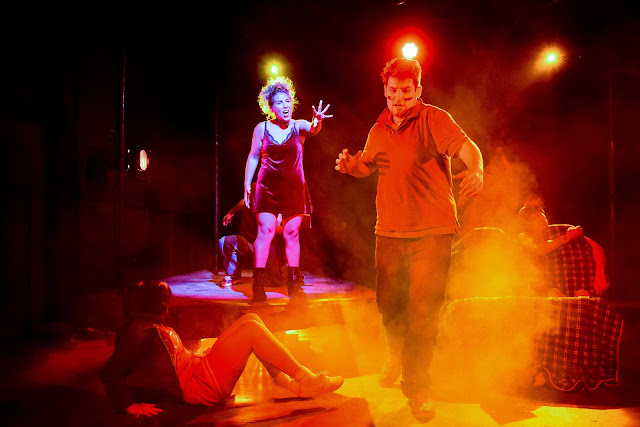 Until human beings learn to quit being so awful to each other, mean girls, rapey jocks, adults with mental issues, and vengeful teens with preternatural powers are always in season. Catch this wacky world premiere while you can. Rachel (AKA: Carrie 2) will be raging through November 19th.


**Note: If your weekends are crazy busy, this show runs
Monday nights too!** 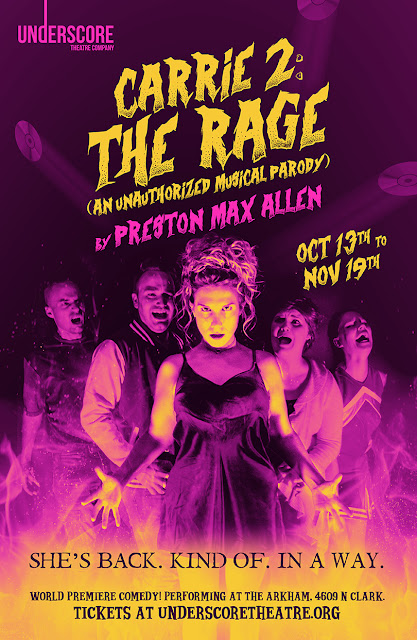 Back in the mid 90's, I played Carrie in a haunted house for two seasons, moving kitchen drawers and banging cupboards with my mental powers (and a little help from backstage). It was huge fun donning my deliciously bloody prom dress and air brushed makeup and scaring full grown adults into screaming idiots. I'd never made anyone pee themselves before, run shrieking into walls, or completely lose their minds. So, I'll always have a soft spot for the Carrie character.

Just in time for Halloween, Underscore Theatre Company is pleased to launch its 2017-18 Season with the world premiere of with CARRIE 2: THE RAGE (An Unauthorized Musical Parody), an irreverent, rock-infused send-up of Stephen King’s iconic horror film Carrie and its subsequent spin-off The Rage: Carrie 2, featuring a book, music and lyrics by Preston Max Allen. Co-directed by Isaac Loomer and Rachel Elise Johnson, with music direction by T.J. Anderson, CARRIE 2: THE RAGE will play through November 19, 2017 at The Arkham, 4609 N. Clark St. in Chicago. Tickets on sale at underscoretheatre.org. 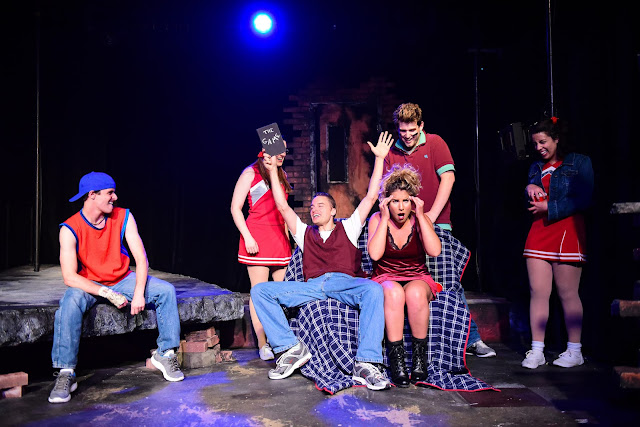 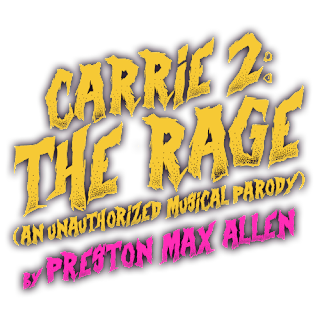 Posted by Bonnie Kenaz-Mara at 6:14 PM