OPENING: Big River: The Adventures of Huckleberry Finn at Theatre at the Center In Munster, IN

Theatre at the Center Announces Cast for
Big River: The Adventures of Huckleberry Finn 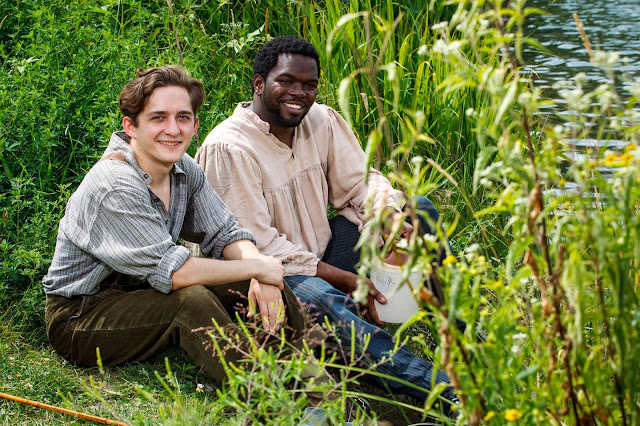 Actors James Romney in the role of Huck and Jonathan Butler-Duplessis in the role of Jim lead the cast of Theatre at the Center’s Big River: The Adventures of Huckleberry Finn. The musical begins previews Sept. 14 with opening night on September 17 for a run that continues through Oct. 15.

Performances are 2 p.m. Wednesdays and Thursdays; 7:30 p.m. Fridays; 3 p.m. and 7:30 p.m. on Saturdays; and 2:30 p.m. on Sundays, and select Thursday and Sunday evenings.   Individual ticket prices range from $40 - $44. To purchase individual tickets, call the Box Office at 219-836-3255 or Tickets.com at 800-511-1552. Group discounts are available for groups of 11 or more and gift certificates are also available. For more information on Theatre at the Center, visit www.TheatreAtTheCenter.com.

Winner of seven Tony Awards, including Best Musical, Best Book and Best Score, this musical telling of Mark Twain’s treasured tale features songs and music by Roger Miller, who created such hits as “King of the Road” and “Dang Me.” Led by melodies of country, bluegrass and gospel, the musical production follows the humorous and harrowing river journey of Huck and his friend Jim as they meet up with con-artists, reunite with Tom Sawyer and encounter a collection of characters as only imagined by one of America’s greatest writers. 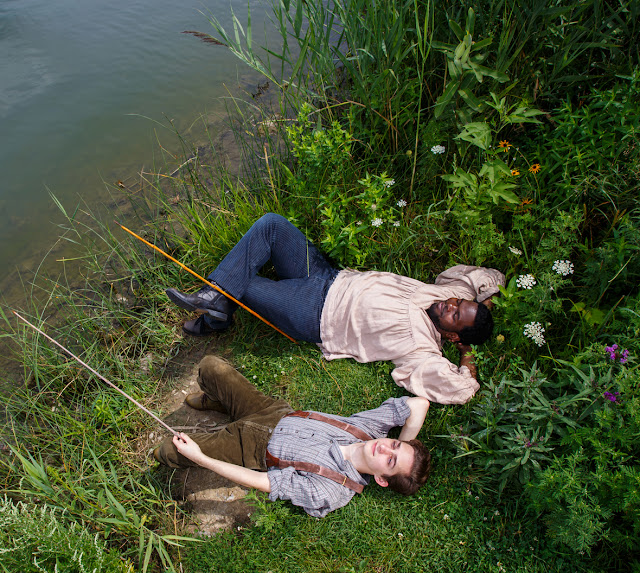 James Romney, making his TATC debut, has previously been seen at the Lyric Opera of Chicago in My Fair Lady, Carousel and The Merry Widow. Other credits include Fly By Night at Lookingglass and A Wrinkle in Time at Lifeline Theater.   Romney will soon make his Broadway debut with the New York premiere of Harry Potter and the Cursed Child. Jonathan Butler-Duplessis last appeared at TATC in A Christmas Carol-The Musical. Other credits include The Little Mermaid at the Paramount Theater and Man of La Mancha at the Marriott Theatre. Big River also features Jason Richards, last seen at TATC in Annie Warbucks for the 2016 holiday musical, and Bret Tuomi who was in the cast of The Odd Couple at TATC in summer 2016.

Kyle Quinlivan is making his TATC debut as Tom Sawyer. Recent credits include the role of Jesus in Godspell at Covedale Center and Big Love at the Theatre Festival of Havana. Matt Edmonds, last seen in Pump Boys and Dinettes at TATC, performs the roles of the Preacher, Dick, Wilkes, Andy and Doctor, and Johanna McKenzie Miller, previously seen at TATC in Phantom, The Sound of Music and Gypsy, will play Widow Douglas and Joanna. Additional cast members include Liz Chidester as Miss Watson, Susan and Sally. Liz was nominated by the Jeff Awards Committee for Best Ensemble in the 2016 and 2017 Refuge Theatre Project’s High Fidelity. Also joining the ensemble cast are Garrett Lutz, Aaron Mitchell Reese, Adhana Cermone Reid, Camille Robinson and Steven Romero Schaeffer. Caitlin Cavannaugh, whose other roles include Myrtle Mae in Harvey at Purple Rose Theatre and Eliza Doolittle in My Fair Lady with the Texas Shakespeare Festival, is making her TATC debut as Mary Jane.

Linda Fortunato, Artistic Director of Theatre at the Center, is Director and Choreographer of Big River. Linda has been nominated for five Jeff Awards for her work as a choreographer and director. She received both Equity and Non-Equity Jeff Awards for Outstanding Choreography in the 2013-14 season, garnering TATC’s first award for her choreography of 42nd Street. Linda’s show history at TATC includes directing The Tin Woman, Cabaret, Annie Warbucks, and A Christmas Story, and choreographing Spamalot, Big Fish, A Christmas Carol, Guys and Dolls, Crazy for You and Fiddler on the Roof.

“The adaptation from novel to musical has become an American classic and is beloved by audiences of all ages as it stresses the importance of family and friendship.”

Based on Mark Twain’s 1884 novel, Adventures of Huckleberry Finn, the stage musical Big River opened on Broadway on April 25, 1985 at the Eugene O’Neill Theatre. It ran for 1,005 performances and was considered one of the most successful musicals of the mid 1980s.

Email ThisBlogThis!Share to TwitterShare to FacebookShare to Pinterest
Labels: Big River: The Adventures of Huckleberry Finn, opening, shows on our radar, TATC, Theatre at the Center