LAST CALL: SPAMILTON at The Royal George is Closing 10/8/17

THE CRITICALLY ACCLAIMED CHICAGO PRODUCTION OF
“SPAMILTON”
AT THE ROYAL GEORGE THEATRE MUST CLOSE SUNDAY, OCTOBER 8

After a Seven-Month Run in Chicago, “Spamilton” Premieres in Los Angeles November 12 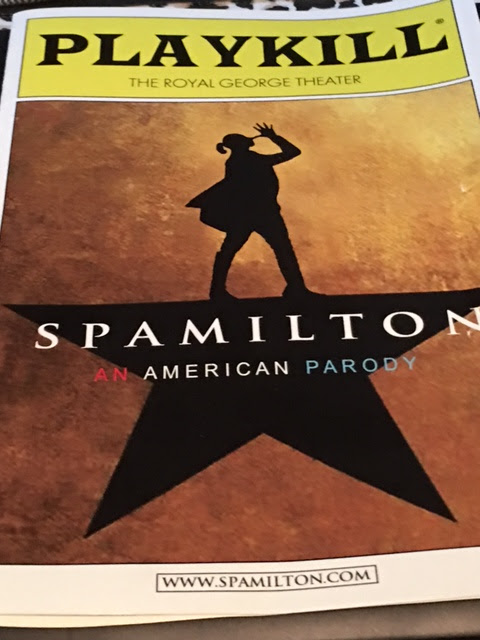 
Don't miss your chance to keep a souvenir "Playkill"!
A big favorite of ours here at ChiIL Live Shows is leaving Chicago,
so catch it while you can.

Here at ChiIL Mama & ChiIL Live Shows we highly recommend Spamilton. This show is more of an irreverent roast of Lin-Manuel Miranda and the whole Broadway musicals genre than a parody of Hamilton in particular, though it does include brilliantly funny lyric rewrites of Hamilton tunes. Both of my teens adored it as much as I did, and we all laughed early and often throughout the show. It's fabulously funny and exceeded all our expectations. 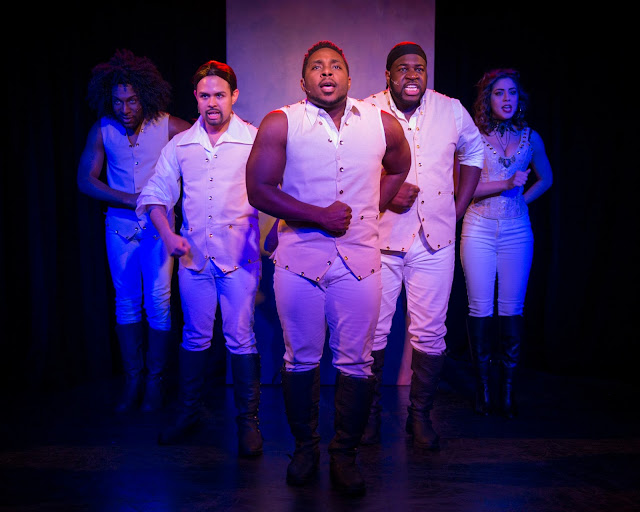 If you're looking for something to entertain the tough to please teen demographic, Spamilton is a good bet. This is also a fun find for a date night or multigenerational entertainment. If you're searching for a show as funny to the kids as it is to the grandparents, Spamilton is nearly 90 minutes of non stop fun. They keep the sets and costumes minimalist and two of the sisters are puppets, but the over the top creative writing, fabulous vocals, and heartfelt hilarity is more than worth the admission. There's not a bad seat in the place, as the Royal George cabaret space is intimate. There's also a convenient bar, right at the back of the seating.
This wickedly witty and wonderful production is an absolute must see for anyone familiar with Hamilton and/or Broadway musicals. Don't miss this!

Check out our full review and more show info HERE then GO already. 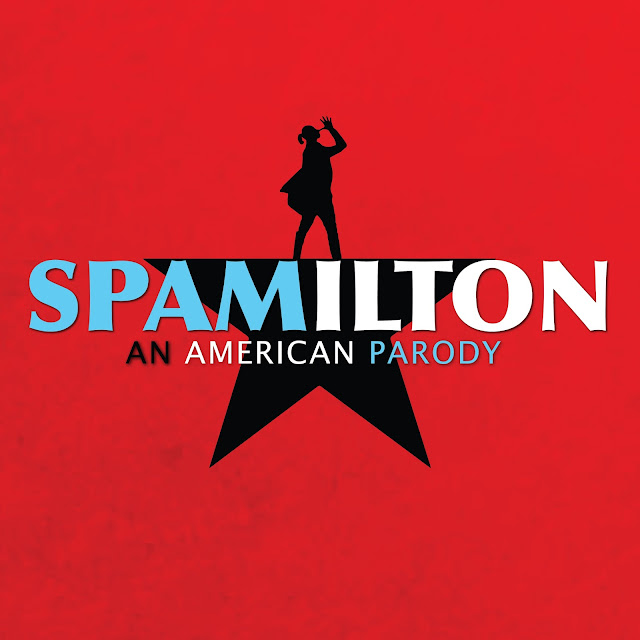 The final tickets for “Spamilton” are available now. The final performance takes place Sunday, October 8 at 5 p.m. Tickets ($59 – $99) can be purchased at the Royal George Theatre’s box office online, at Ticketmaster.com or by calling 312.988.9000.

“After seven great months in Chicago here at the Royal George with our talented local cast, we feel very lucky to have been so well-received for so long,” said Alessandrini. “While it’s bittersweet to be leaving the Windy City, we’re thrilled about the next steps for ‘Spamilton,’ including continuing our open run in New York and opening the Los Angeles production in November.”

“Spamilton,” which was initially scheduled in New York as an exclusive 18-performance off-Broadway engagement, has extended three times and is now playing its seventeenth smash month of an open engagement at the 47th Street Theatre in the heart of New York’s Theatre District. The New York production earned rave reviews across-the-board, with Ben Brantley of The New York Times calling it “smart, silly and convulsively funny!” and Lin-Manuel Miranda exclaiming “I laughed my brains out!” In its Chicago premiere, the local cast received additional acclaim, with critics hailing the production “endlessly entertaining” (Performink), “A Must-See!” (BroadwayWorld.com), and “razor sharp and filled with wit and humor” (Chicago Theatre Review). On opening night, cast members from the Chicago production of “Hamilton” were in the audience, and following the performance Wayne Brady called the production “Amazing! It’s the perfect blend of funny and parody. Go see ‘Spamilton!’ This fall, “Spamilton” makes its West Coast debut at the Kirk Douglas Theatre with Center Theatre Group November 5 – December 31, 2017. 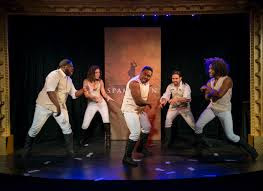 “Spamilton” is produced in Chicago by John Freedson, David Zippel, Gerard Alessandrini, Margaret Cotter and Liberty Theatricals, in association with JAM Theatricals. Brandon Kinley and Keirsten Hodgens are the understudies for the production.

The performance schedule for “Spamilton” is as follows: Tuesdays through Fridays at 7:30 p.m., Saturdays at 5 p.m. and 8 p.m. and Sundays at 2 p.m. and 5 p.m. For additional details, visit Ticketmaster.com or TheRoyalGeorgeTheatre.com. 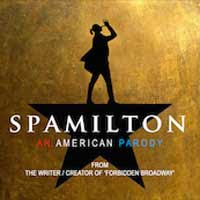 Posted by Bonnie Kenaz-Mara at 5:52 PM