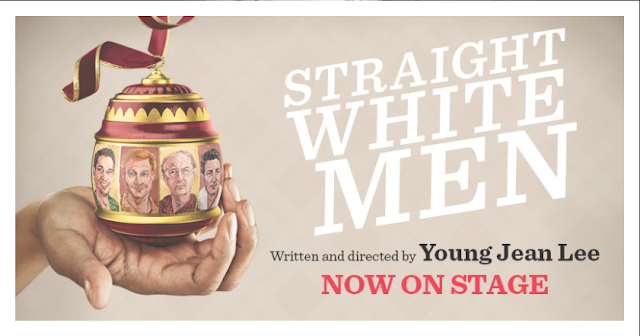 ONE OF THE MOST DARING WRITERS IN AMERICA, YOUNG JEAN LEE’S SHARP AND HILARIOUS PLAY SHEDS NEW LIGHT ON A STORY WE THINK WE KNOW SO WELL

Steppenwolf Theatre Company welcomes internationally acclaimed playwright and director Young Jean Lee this winter as she directs the Chicago premiere of her play, Straight White Men. The fearless and entertaining play features ensemble member Alan Wilder as the patriarch, Ed, who welcomes home his three sons—Madison Dirks (Jake), Ryan Hallahan (Drew) and Brian Slaten (Matt) for the holidays. Elliott Jenetopulos plays the role of Stagehand-in-charge through March 4; Syd Germaine will take over the role from March 5 – 19.

As Ed, a widower, prepares to celebrate Christmas, he calls his three grown sons back to the family home. Games are played, Chinese food is ordered, and brotherly pranks and trashtalk distract them from the ongoing issue that threatens to ruin the festivities: when personal identity is essential and privilege is a problem, what is a straight white man to do?  Young Jean Lee takes an outside look at the traditional father/son play narrative, shedding new and often hilarious light on a story we think we know all too well.

Director and playwright Young Jean Lee shares, “Straight White Men isn’t about me trying to reveal anything new about privilege or solve it. It’s about me asking myself, ‘If I woke up tomorrow as a straight white man, what would I do?’ I think that as a straight white man, I probably wouldn’t feel so righteous about my personal journey of conquering obstacles to get what I want. Straight White Men is about what happens when that hero’s-journey narrative falls apart."

Flex Card Memberships: Black Card memberships are for audiences interested in extreme flexibility with six tickets for use any time for any production. Black Card ticket credits are valid for one year with the option to add additional tickets as needed. Perks include easy and free exchanges, access to seats before the general public, savings on single ticket prices and bar and restaurant discounts for pre- and post-show socializing. Red Card memberships are available for theatergoers under 30.  To purchase a Card Membership, visit Audience Services at 1650 N Halsted St, call 312-335-1650 or visit steppenwolf.org.

Steppenwolf offers a gift that is never boring—the Steppenwolf Black Card. An all-access pass with six tickets to any shows, anytime. To purchase, visit steppenwolf.org/gift or 312-335-1650.

Accessible performances include an American Sign Language interpretation on Sunday, February 26 at 7:30pm, Open Captioning on Saturday, March 4 at 3pm, and a Touch Tour on Sunday, March 12 at 1:30pm touch tour, Audio-Described performance at 3pm. For more information, visit steppenwolf.org/access.

Steppenwolf Theatre Company is the nation’s premier ensemble theater—redefining the landscape of acting and performance. Formed by a collective of actors in 1976, the ensemble has grown to 46 members who represent a remarkable cross-section of actors, directors and playwrights. Thrilling and powerful productions from Balm in Gilead to August: Osage County—and accolades that include the National Medal of Arts and 12 Tony Awards—have made the theater legendary. Steppenwolf produces hundreds of performances and events annually in its three spaces: the 515-seat Downstairs Theatre, the 299-seat Upstairs Theatre and the 80-seat 1700 Theatre. Artistic programing includes a seven-play season; a two-play Steppenwolf for Young Adults season; Visiting Company engagements; and LookOut, a multi-genre performances series. Education initiatives include the nationally recognized work of Steppenwolf for Young Adults, which engages 14,000 participants annually from Chicago’s diverse communities; the esteemed School at Steppenwolf; and Professional Leadership Programs for arts administration training. Steppenwolf’s own Front Bar: Coffee and Drinks serves coffee, cocktails and a menu curated in partnership with the Boka Restaurant Group day and night. While firmly grounded in the Chicago community, nearly 40 original Steppenwolf productions have enjoyed success both nationally and internationally, including Broadway, Off-Broadway, London, Sydney, Galway and Dublin. Anna D. Shapiro is the Artistic Director and David Schmitz is the Executive Director. Eric Lefkofsky is Chair of Steppenwolf’s Board of Trustees.