Kudos to Jackie Taylor On Winning A Fifth Star Award 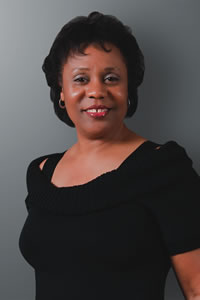 Jackie Taylor, founder and CEO of Black Ensemble Theater, was honored last night with the Fifth Star Award from the City of Chicago and Allstate Insurance Company, at Millennium Park. Inaugurated in 2014, the Fifth Star Awards celebrate Chicago’s creativity and recognize institutions and individuals who have made significant contributions in arts and culture.

Jackie Taylor comments, “I am honored to be recognized by the City of Chicago with a Fifth Star Award.  Through its 40 years, Black Ensemble Theater has been bringing Chicagoans together, educating its students and working to eradicate racism.  We are thrilled to be a part of Chicago’s arts and culture scene and I am proud to be recognized alongside so many Chicago icons.”

Taylor was born in Chicago, and raised in the Cabrini Green housing project. She rose from modest roots to become a distinguished actress, singer, director, playwright, educator and theater founder. Taylor has had featured roles in several major films, including “Cooley High,” “Hoodlum,” “To Sir With Love – Part 2,” “The Father Clements Story,” “Barbershop 2” and “Chiraq.” Jackie Taylor began producing her own shows as early as 1973 and has written and produced more than 100 plays and musical biographies, including The Marvin Gaye Story, All In Love Is Fair, I Am Who I Am (The Story of Teddy Pendergrass), God Is A Black Man Named Ricky, Those Sensational Soulful 60’s, The Other Cinderella, Somebody Say Amen, At Last: A Tribute To Etta James and The Jackie Wilson Story. Taylor is also a respected educator; her “Strengthening the School Through Theater Arts” program serves students, their parents and teachers in inner-city elementary schools through training in the theater arts.

Posted by Bonnie Kenaz-Mara at 5:36 PM