Solo Celebration Continues at Greenhouse Theatre With I Do Today

THE GREENHOUSE THEATER CENTER
PRESENTS THE WORLD PREMIERE OF
“I DO TODAY”
SEPT. 2 – OCT. 9 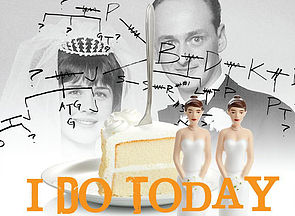 Carin Silkaitis Stars In a One- Person Play Challenging Old Ideals of Love, Sexuality and Commitment

Here at ChiIL Live Shows, we've caught all but 2 of the Solo Celebration Shows so far this season and highly recommend coming out to Greenhouse Theatre for this excellent series. The topics have run the gamut from heartfelt to hilarious and everything in between. All have brought something unique to the table. We're looking forward to a first look at this world premiere.

The World Premiere of “I Do Today” will run at the Greenhouse Theater Center (2257 N. Lincoln Ave) Sept. 2 – Oct. 9. Co-produced with The Other Theatre Company, written by Sarah Myers and starring Carin Silkaitis, “I Do Today” will be directed by Greenhouse’s Artistic Director Jacob Harvey, making his Chicago directorial debut.   The press opening will be on Wednesday, Sept. 7 at 7:30 p.m.

In “I Do Today,” Silkaitis portrays a Jewish woman determined to uproot a family tree grown wild with multiple marriages, dates and even more divorces. As she delves deeper into her own subconscious, she must grapple with her past, questioning how it has defined her and what it means in this moment. She quickly discovers that she must challenge the notions of love, sexuality and commitment in a world where modern marriage refuses to fit into old ideals.

“This innovative new play about one woman’s internal explorations allows all of us an opportunity to identify and assemble the pieces of ourselves that constitute who we are today and who we might be tomorrow,” said Harvey.  “Myers has crafted a theatrical puzzle that this ensemble of collaborators and I has been able to assemble in an unexpected and captivating evening of theater.”

The performance schedule for “I Do Today” is as follows: Thursday – Saturdays at 7:30 p.m.  and Saturdays and Sundays at 2 p.m. Previews begin Sept. 2, and the opening night is Wednesday, Sept. 7 at 7:30 p.m. Performances continue through Oct. 9.

Flex passes to the Solo Celebration! series, which offers admissions to three plays for $99 or five plays for $164, are now on sale.  Single tickets, which range in price from $34 – 48 are also on sale.  Flex passes and tickets can be purchased by contacting the box office at 773-404-7336 or by visiting greenhousetheater.org.

Sarah Myers is a Chicago native currently living in Minneapolis. Her work has been produced and developed at the Wild Project (New York); the Side Project with The Other Theatre Company, The Women & Theater Conference (Chicago); FronteraFest, the Off Center, the Blue Theater, the David Mark Cohen New Works Festival (Austin); and Indiana Repertory Theater (Indianapolis), among others. Myers’ published plays include “The Realm” (Bonderman National Youth Playwriting Award), “God of the Gaps” (Pushcart Prize nominee), and “In and Out.” Myers is a former company member of Austin-based theater collective Rude Mechanicals, an associate member of Twin Cities-based Workhaus Collective, and an ongoing collaborator with Sod House Theater, a company that creates adaptations and new works with communities throughout Minnesota.

Carin Silkaitis is the founding Artistic Director of The Other Theatre Company where her credits include “The Realm and Other Letters,” “Others,” “Daughters of Ire” and “Barney the Elf.”  Notable television/film credits include: a co-staring role on “Chicago Fire,” nurse in “Unexpected” and Maggie in the short film “Blood and Water.” Silkaitis recently shot back-to-back commercials for the Arkansas Lottery, a recent spot for The Onion and a commercial for Progressive Insurance and Instant Care. Notable theater credits include Chloe in “Lips Together, Teeth Apart,” “Sons of the Prophet,” Queen Margaret in “Richard III,” Mama/Sherry/Vera in “Distracted” and Izzy in “Rabbit Hole” (Goodman Theatre).

Jacob Harvey is the Artistic Director of the Greenhouse Theater Center. Harvey is also a producer for Your Theatrics International, a full service entertainment production company, specializing in the production of theatrical events around the world. He was awarded the Bret C. Harte Director/Producer Fellowship for Berkeley Repertory Theatre’s 2013/14 Season; served as Associate Producer and Interim Director of Programming for the Drama Desk Award Winning New York Musical Theatre Festival; and served as the Co-Artistic Director of the Ovation Award-Nominated Mechanicals Theatre Group in Los Angeles. He was the co-producer of “Ladyhawks” (NYMF 2013 Best of Fest under the title Volleygirls); the associate producer of Ryan Scott Oliver’s “35MM: A Musical Exhibition” and the director of the Eberhardt and Collyer musical “Right Together, Left Together.”  Other directing credits include, “Mr. Marmalade” (The Theatricians), “The Shape of Things” (Silver Bell Productions), the world premiere of “The Many Selves of Mia Scott” (Carrie Hamilton Theater) and assistant director of the world premiere of Marcus Gardley’s “The House The Will Not Stand” (Berkeley Repertory Theatre).

An Illinois non-profit, TOTC was founded in 2014 in Chicago, Illinois with their first festival titled “Others: A 24 Hour Play Festival.”  Since then, their season has expanded to include three shows a year, including their annual production of “Barney the Elf” (a musical parody of the film Elf starring Will Ferrell). 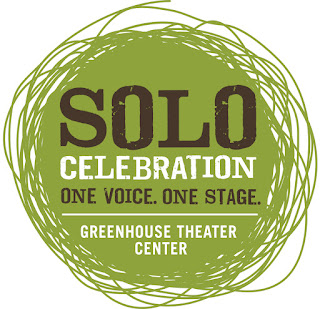 About Solo Celebration!
“I Do Today” is one of 12 plays featured in Greenhouse’s “Solo Celebration!,” which includes ten full productions, two limited engagements and other special events running June 2016 through February 2017. Among the other directors connected to solo series are Goodman Theatre Producer and Artistic Collective Member Steve Scott, Writer’s Theatre Resident Director Kimberly Senior, Directors Lab Chicago Artistic Director Elizabeth Margolius and Remy Bumppo Artistic Associate Linda Gillum. Some of the performers confirmed to star in solo works include Jeff Award-winners Kate Buddeke, Gene Weygandt, Linda Reiter acclaimed British actor Simon Slater, Will Allan and Carin Silkaitis. Most productions will be produced in their entirety by Greenhouse, while other plays will be stated with co-producers including Sideshow Theatre Company and The Other Theatre Company. Greenhouse’s “Solo Celebration!” is co-produced by Forum Productions and underwritten by the Wendy and William Spatz Charitable Foundation.

With new ideas always incubating, the Greenhouse Theater Center is flourishing.
Come grow with us!
Posted by Bonnie Kenaz-Mara at 10:47 PM