From One Bank to Another, Broadway in Chicago Announces The Renaming of One of Chicago’s Marquee Theatres To PrivateBank Theatre

Broadway In Chicago and The PrivateBank today proudly announced a new long-run strategic partnership that will rename what many refer to as a crown jewel of the Chicago Theatre District, at 18 W. Monroe, to THE PRIVATEBANK THEATRE.  Beginning with the production of CABARET, on Tuesday, February 9, the theatre will transform with a new marquee and signage to unveil THE PRIVATEBANK THEATRE.

At a press conference on December 8, 2015, Broadway In Chicago and The PrivateBank announced this dynamic partnership, a partnership that is committed to bring the best of Broadway to our Chicago Theatre District including the breathtaking announcement of Broadway’s biggest hit, HAMILTON, which will make THE PRIVATEBANK THEATRE its new home beginning in September of 2016. 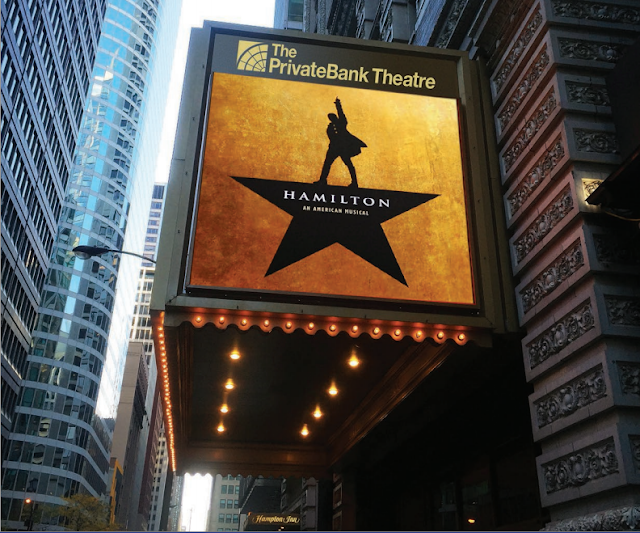 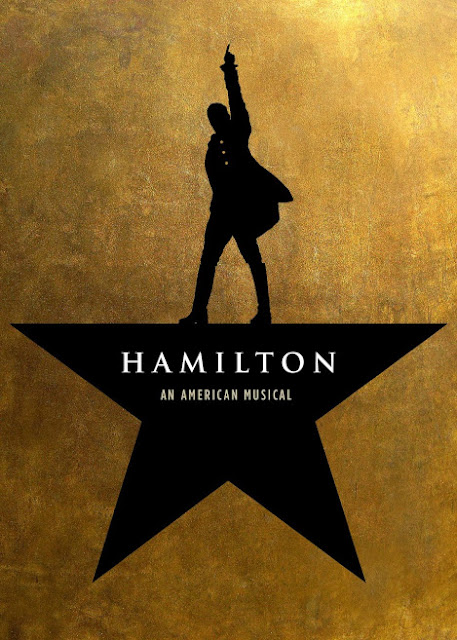 HAMILTON will anchor the Broadway In Chicago subscription season that will be sold in the Spring of 2016.  Group tickets for 20 or more for HAMILTON at The PrivateBank Theatre will go on sale on Tuesday, January 5, 2016, by calling Broadway In Chicago Group Sales at (312) 977-1710.  Single ticket on-sale for HAMILTON will be announced at a later date.  For more information, visit www.BroadwayInChicago.com.

With book, music and lyrics by Lin-Manuel Miranda, directed by Thomas Kail, choreography by Andy Blankenbuehler and musical direction and orchestrations by Alex Lacamoire, HAMILTON is based on Ron Chernow’s biography of Founding Father Alexander Hamilton.  A thoroughly inventive, wildly entertaining musical about the birth of our nation – with a score that blends hip-hop, pop, blues, jazz and Broadway –HAMILTON opened on Broadway earlier this year to enthusiastic reception from critics and audiences of all ages. 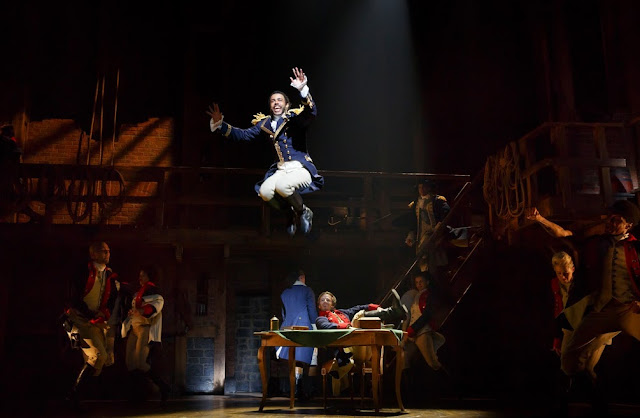 The new musical is produced by Jeffrey Seller, Sander Jacobs, Jill Furman and The Public Theater.

HAMILTON (ORIGINAL BROADWAY CAST RECORDING) is available everywhere nationwide. The HAMILTON Original Broadway Cast Recording received a 2016 GRAMMY® nomination for Best Musical Theatre Album.  The album made a stunning arrival on the charts upon its digital release in August, coming in at #1 on the “Top Broadway Albums” chart, #3 on the “Top Rap Albums” chart, #5 on “Top Digital Albums” chart and #9 on the “Top Current Albums” chart.  The cast recording was recently selected as #8 on Rolling Stone’s TOP 50 ALBUMS OF 2015.  The album’s debut stands as the second biggest first week sales ever for a cast recording, behind only RENT in the Nielsen SoundScan era. 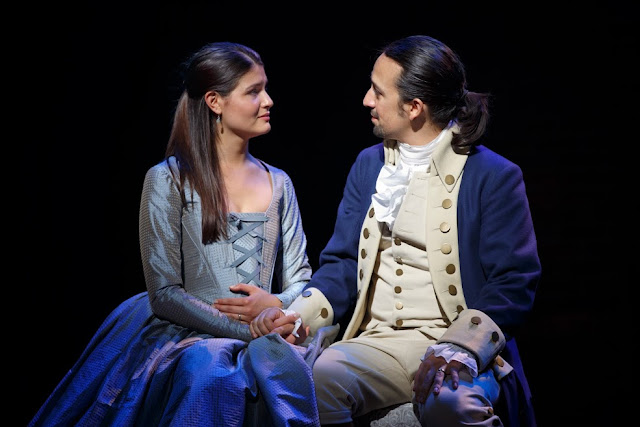 This partnership brings together two Chicago institutions that have an unprecedented commitment to Chicago, the arts and an ongoing drive to position Chicago as a cultural hub of the country.

“The PrivateBank and Broadway In Chicago share a belief that a strong arts and culture community is one of the things that makes Chicago such a great city,” Larry D. Richman, President and Chief Executive Officer, The PrivateBank, said. “We are proud to put our name on this beautiful and treasured venue.  At the same time, we plan to partner with Broadway In Chicago to make the theater experience accessible to youth throughout the city.”

ABOUT THE PRIVATEBANK
The PrivateBank is proud to help make our city more vibrant through partnerships with organizations such as Broadway In Chicago. At The PrivateBank, our mission is to advance the goals of our clients by delivering compelling commercial, personal and private banking solutions as well as to promote the stability of our communities through financial literacy and banking services. The PrivateBank is part of PrivateBancorp, Inc., a Chicago-based company with $16.9 billion in assets as of September 30, 2015.


Broadway In Chicago was created in July 2000 and over the past 15 years has grown to be one of the largest commercial touring homes in the country. A Nederlander Presentation, Broadway In Chicago lights up the Chicago Theater District entertaining well up to 1.7 million people annually in five theatres. Broadway In Chicago presents a full range of entertainment, including musicals and plays, on the stages of five of the finest theatres in Chicago including its new THE PRIVATEBANK THEATRE, the Oriental Theatre, Cadillac Palace Theatre, the Auditorium Theatre of Roosevelt University and just off the Magnificent Mile, the Broadway Playhouse at Water Tower Place.
Posted by Bonnie Kenaz-Mara at 11:18 AM